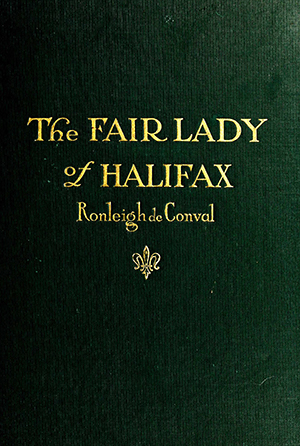 John Alfred Pollock, physician, legislator, and novelist, was born at Stones Bay, Onslow County, of Scottish descent, the son of W. A. J. Pollock, also a physician, and his wife, Olive Branch Humphrey. In 1850 the family moved to Kinston, where his father operated a drugstore. In addition to studying drugs and pharmacy under his father, young Pollock received a thorough classical education at the Kinston Academy. He enlisted in the Third Regiment of cavalry in October 1862 and served throughout the Civil War; he was paroled at Greensboro on 30 Apr. 1865 as a "hospital clerk." Returning to Kinston, he again worked in the family pharmacy until, having decided to study medicine, he enrolled in the medical department of New York University from which he was graduated in 1876.

After establishing a medical practice in Kinston, Pollock served as medical examiner for the town and Lenoir County, lectured on physiology and hygiene in colleges and institutes, was an early advocate of preventive medicine, wrote many papers on hygiene, and served as captain of the local unit of the state militia. Interested in education, he appeared before the General Assembly on behalf of local schools and he served as a school trustee. A number of young men received early medical training under his supervision and were reported to have done well when they attended college.

Dr. Pollock also participated in the organization of the first fire company in Kinston and served on the board of alderman. He was elected to the state senate in 1902 by a very large majority and was active in the nomination of W. W. Kitchin for governor. In 1909 he became a member of the governor's staff as surgeon general of the National Guard, from which he retired with the rank of brigadier general. Pollock was an active churchman as well, having joined the Baptist church soon after the Civil War; he taught Sunday school and served as church treasurer.

Pollock read widely and was especially interested in history. Writing under the pseudonym Ronleigh de Conval, he was the author of the 403-page novel, The Fair Lady of Halifax. Its setting was eastern North Carolina in the first half of the eighteenth century.

On 8 Jan. 1867 he married Agnes Jones of Kinston, and they became the parents of three children: Mozelle, Raymond, and Emily. He was a member of the Baptist church and was buried in Kinston.