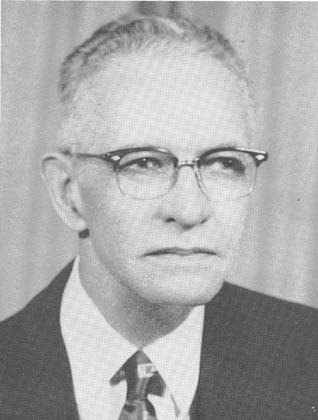 James Ward Seabrook, educator, college president, leader in race relations, and public servant, was born in Sumter, S.C., the son of Lucy Hadden and Morris James Seabrook. He attended Johnson C. Smith University in Charlotte, from which he received a bachelor of arts degree in 1909. Having decided to devote his life to the education and uplift of southern blacks, Seabrook began his teaching career immediately, joining the faculty of the Slater State Normal School, in Winston-Salem, where he taught for three years. In 1912 he left Slater for Kittrell College, near Henderson, where he taught for one year before accepting an invitation to join the faculty of his alma mater. Seabrook remained at Johnson C. Smith for nine years.

In 1922 he accepted an offer to become dean of the Fayetteville State Normal School, the institution he would serve for the bulk of his active years. He remained dean until 1933, with leaves of absence to earn a master's degree from Columbia University in 1925 and to study at the University of Chicago in 1928. In 1933 Seabrook succeeded Dr. E. E. Smith as president of the newly reorganized Fayetteville State Teachers College, a position he held for twenty-three years. Under his leadership Fayetteville State experienced impressive growth, both in the expansion of its physical plant and in an increase in faculty and student populations. President Seabrook became known as an effective advocate for his school, especially in biennial appearances before the powerful Advisory Budget Committee of the North Carolina legislature. Following his retirement from Fayetteville State in 1956, he served for one year as president of Johnson C. Smith University.

In addition to his educational activities, Seabrook became a community and state leader in various social welfare endeavors. Long active in the North Carolina Commission for Interracial Cooperation, he served as vice-president of that organization from 1934 to 1942. From 1932 to 1935 he was a member of the Advisory Committee of the U.S. Office of Education, and in 1932 he was a member of the Survey Commission of Methodist Colleges for Negroes. Locally, Seabrook was a member of the Fayetteville Parks and Recreation Commission (1948–49) and an influential participant on the hospital building committee of Cumberland County. A veteran of World War I, he was active in the American Legion and was a member of the Army Advisory Committee to the Third Army, organized in 1951 to assist in the racial integration of the armed forces.

In 1971 he was appointed to the North Carolina Employment Security Commission, the first Negro so named. He had also served as president of the North Carolina Teachers Association (1940–41), as associate editor of the Journal of Negro Education , and as a lifelong member of the National Education Association of the United States; he also participated in the Society for the Advancement of Education.

In 1954 Seabrook served briefly on the Pearsall Committee, a group appointed by Governor Luther Hodges to survey the implications for North Carolina of the 1954 Supreme Court decision outlawing racial segregation in the public schools. On leaving that committee, he presented a strong statement advocating that North Carolina obey the court's mandate.

A lifelong Presbyterian and a Democrat, Seabrook was twice married. His first wife, Mayme Louise Worsham, died fifteen months after their marriage, on 12 Dec. 1926. With his second wife, Mae Louise Hatchette Seabrook, whom he married on 29 Sept. 1928, he had one daughter, Mae Louise. Seabrook remained active well into his eighties, continuing to serve as a trustee of the Central North Carolina Orphanage and of Johnson C. Smith University. He died in Fayetteville and was buried in Rockfish Memorial Park.