Jasper Leonidas Stuckey, geologist, college professor, and state administrator, was born on a small farm in eastern Johnston County. The oldest of seven children, he was the son of John Haywood, a farmer and rural schoolteacher, and Betty Eliza Bunn Stuckey. As a boy he attended local rural schools and worked on his father's farm. He was graduated from Smithfield High School in May 1914 and entered The University of North Carolina that fall. A chance encounter with Professor Collier Cobb directed him from schoolteaching into geology. During 1917–18 he operated a lime plant for the North Carolina Department of Agriculture at Bridgeport, Tenn., where he completed his B.A. degree requirements by correspondence. In 1918 and 1919 he served in France as a rifleman in the American Expeditionary Forces, and in the spring of 1919 he studied at Grenoble University. 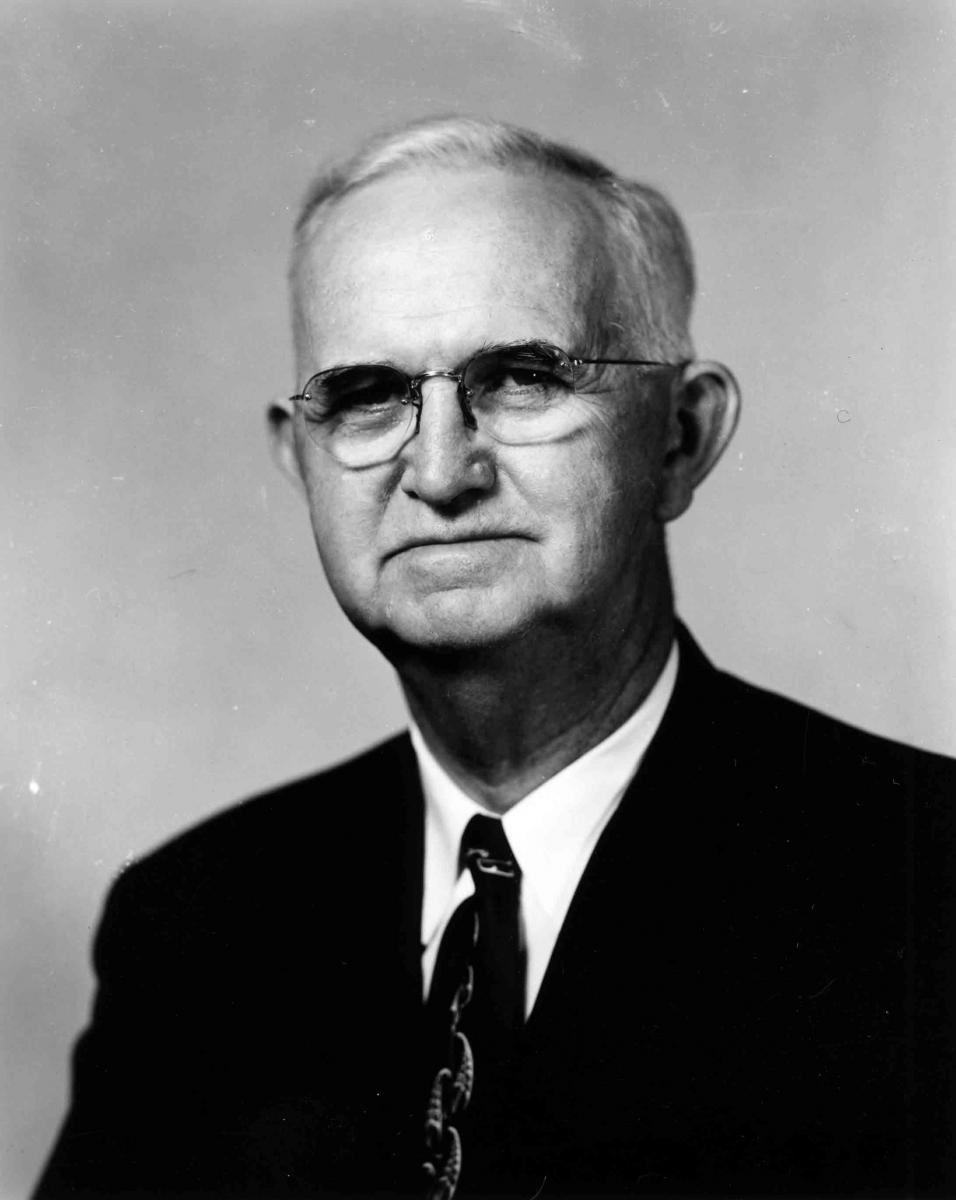 Following his discharge in July 1919, Stuckey reentered The University of North Carolina and obtained an M.A. degree in 1920. Colonel J. H. Pratt employed him as an assistant geologist on the North Carolina Geological and Economic Survey during 1920 and 1921 and in the summers of 1922 and 1923; from January to June 1921 Stuckey was also an instructor in geology at the university. In 1921 he entered Cornell University, where he was a laboratory assistant and instructor in geology before receiving a Ph.D. degree in 1924. His dissertation on the pyrophyllite deposits in Moore and Chatham counties was based on field mapping for the state.

Returning to North Carolina, Stuckey was again employed by the state as an assistant geologist, and Raleigh then became his permanent residence. In 1925 he was appointed state geologist in the newly created Department of Conservation and Development, of which he was acting director from August to December 1925.

In September 1926 he resigned the governmental post to accept appointment as associate professor of geology in the Agronomy Department at the North Carolina State College of Agriculture and Engineering. In the following year he became professor of geology and head of the newly formed Department of Geology. Except for student laboratory assistants, he was the sole geology teacher until 1935. Stuckey taught the geology courses for a B.S. degree program in geology and special courses for ceramic and mining engineering students, as well as correspondence and extension courses chiefly for teachers. As staff additions permitted, he concentrated his teaching on economic geology, mineralogy, and petrography. Although he also carried a heavy load of administrative and committee work and was active in college organizations, he continued field investigations of mineral deposits and produced numerous publications. In 1954 the Department of Geology was absorbed into another department, and a year later Stuckey took a leave of absence from the college.

In 1940 he had been asked again to become state geologist, on a part-time basis, a post he resumed full-time in 1955. During the 1940s state financial support of the Division of Mineral Resources was meager. In order to meet wartime requests for information on strategic and critical minerals, Stuckey sought collaboration with other agencies. Cooperative projects arranged with the Tennessee Valley Authority, the U.S. Geological Survey, and the U.S. Bureau of Mines concerned a wide range of mineral deposits as well as groundwater supplies across the state. Stuckey served from 1941 to 1943 as federal emergency coordinator of mines for North Carolina. In 1946 he became the first director of the Minerals Research Laboratory in Asheville, established by the Tennessee Valley Authority and the state to provide mineral beneficiation studies to help the region's industry. His experience and good judgment contributed much to its immediate and continuing success. Though responsibility for the laboratory was transferred in 1954 to the Department of Engineering Research at North Carolina State College, Stuckey continued to influence its operation as a member of its advisory committee for the rest of his life. Under his leadership the Division of Mineral Resources was transformed into an effective and respected state geological survey. Numerous useful reports were published; especially important was the 1958 Geological Map of North Carolina with explanatory text, compiled under Stuckey's immediate direction.

Stuckey retired as state geologist in July 1964 but remained as a consultant until March 1965. He completed his comprehensive North Carolina: Its Geology and Mineral Resources in 1965. During his career he was author or coauthor of more than fifty publications, essentially all of which were devoted to North Carolina geology and nonmetallic minerals. No other person has had so great an effect on promoting knowledge and use of the state's mineral wealth. After his retirement he continued to work at intervals for the Division of Mineral Resources and took on consulting projects, notably regarding groundwater supplies and sites for nuclear power plants.

After being active in the Methodist church for much of his life, he became converted about 1951 to the Church of Jesus Christ of Latter Day Saints. After 1962 he was patriarch of the Raleigh Stake, and in 1975–76 he served a missionary term at the Mormon Temple in Washington, D.C.

In 1920 Stuckey married Anabel Stephenson of Smithfield. She died in 1935; they had no children. In 1936 he married Gladys I. Brinkley of Stem. They had one son, William Jasper, born in 1942. Stuckey died in a Raleigh hospital at age eighty-eight following a three-month illness and was buried in Montlawn Memorial Park in Raleigh, survived by his wife, his son, a sister, and a brother.