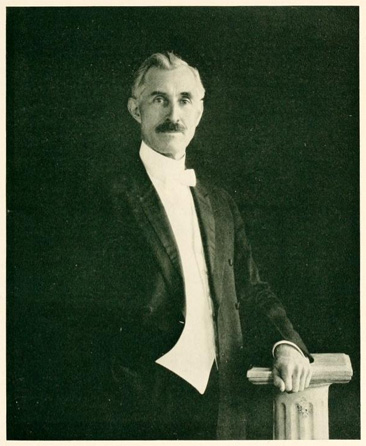 Samuel Bryant Turrentine, clergyman and educator, was born in Chatham County, the son of William Holt and Annie Amy Stroud Turrentine and a great-grandson of Alexander Turrentine, who immigrated to North Carolina from Ireland about 1761. After spending his boyhood on a farm, Turrentine attended The University of North Carolina, receiving the A.B. degree in 1884 and the master's degree in 1887. On 4 Jan. 1888 he married Sallie Leonora Atwater; he then undertook theological studies at Vanderbilt University, Yale University, and the University of Chicago. Trinity College (now Duke University) awarded him the doctor of divinity degree in 1900. While pursuing graduate studies, Turrentine was associated with the Union Academy in Chatham County, assisted as superintendent of public instruction in adjoining Orange County, and served as associate professor at the Cartersville Institute in Georgia.

Intensely interested in Greensboro College, Turrentine was instrumental in the rebuilding of the school after a disastrous fire on 18 Feb. 1904. He also worked with the college alumnae in a lengthy fund-raising drive with the ultimate result that Greensboro College was purchased and presented to the North Carolina and the Western North Carolina Conferences of the Methodist Episcopal church. In 1913 Turrentine was elected president of the college and devoted the remainder of his life to its affairs. During his administration facilities were greatly expanded, with a consequent increase in enrollment and accreditation. In 1921 he pursued further graduate work at Columbia University during the summer and was a coorganizer of the North Carolina College Conference. After becoming president emeritus of Greensboro College in 1935, he served as professor of Bible (1935–39) and special lecturer in Bible (1940). Also in 1940 he was one of the founders of the Turrentine Family Association in America.

Turrentine was a Mason and a Democrat. His children were Samuel Bryant, Jr., Annie Leonore, Carney Gray, Wilburn Clinton, Julian Atwater, and Walter William. He was the author of A Romance of Education: A Narrative, Including Recollections and Other Facts, Connected with Greensboro College (1946). He was buried in Green Hill Cemetery, Greensboro.