Frank Vaughan, lawyer, novelist, and inventor, was born in Elizabeth City, the son of Thomas and Claudia Hamilton Elligood Vaughan. His mother was from Virginia, and the Reverend Maurice Vaughan of Maryland was his younger brother. The 1850 census recorded young Vaughan's given name as Francis. 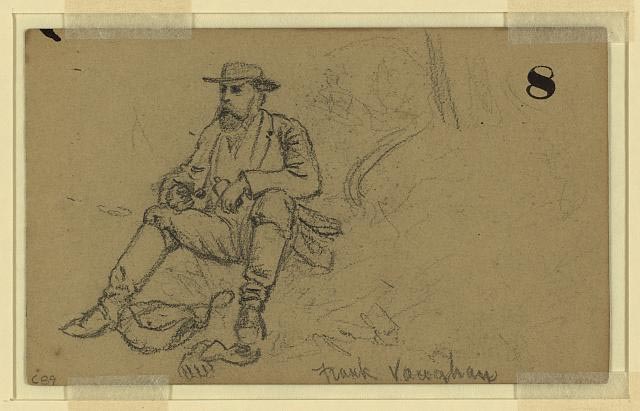 Vaughan received his early education at the Pool School House at Elm Grove, the Pool family home some five miles southeast of Elizabeth City, and he became a teacher himself for about seven years. He worked briefly as a clerk in the Norfolk, Va., post office but returned to Elizabeth City to operate a mercantile establishment. In 1851 he was engaged by the Elizabeth City commissioners to draw up a plan of the town, and when it was finished the streets were named. In 1860, after studying law under state senator John Pool in Elizabeth City, he was licensed to practice and opened an office there. During the Civil War he held "a civil appointment" in the district in which he lived.

Resuming his law practice after the war, he also was active for a number of years in the movement to construct a railroad from Elizabeth City to Norfolk. On 8 Dec. 1880 the first number of a four-page periodical with a newspaper format, The Railroad, began publication with his support. He served both as president of the board of directors of the Elizabeth City and Norfolk Rail Road Company and, after its construction, as attorney.

In 1878 his novel, Kate Weathers; or, Scattered by the Tempest, was published by J. B. Lippincott and Company in Philadelphia. Set on the Outer Banks of North Carolina, it deals with the survivors of a wrecked ship and Kate Weathers, the wife of a banker. A Chapel Hill reviewer writing in a student publication praised it as superior to recent novels that he had read and commented particularly on the excellent characterization it presented. Another manuscript, "Tales of the Old South," was sent to a publisher in Louisville, Ky., in 1895, but it never appeared. Vaughan also assisted his son, Frank, Jr., in the preparation of two promotional pamphlets on behalf of northeastern North Carolina. The Albemarle Section of North Carolina Traversed by the Norfolk Southern Railroad was for distribution at the North Carolina State Exposition of 1884. For prospective settlers in the area they prepared a guidebook, The Albemarle District of North Carolina, published in 1895. 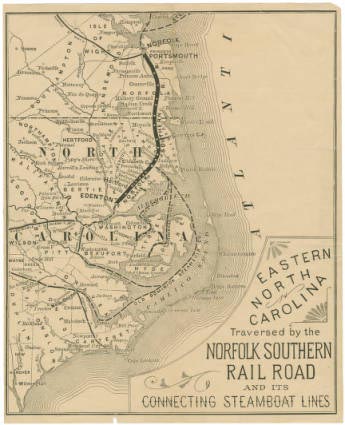 Over the years Vaughan was granted a dozen patents for inventions, many of which concerned marine and railroad equipment. Among them were a car-coupling device, a self-bailing boat, and submarine diving apparatus. In 1879 he secured a patent on a life preserver.

Probably because of the demands of his law practice Vaughan moved to Norfolk, where he died. He was buried in Elizabeth City, reportedly in the cemetery of Christ Episcopal Church of which he had been a member, but no record has been found there of his burial.

On 22 Nov. 1855 Vaughan married Annie Mae Scott, and they had seven children: Bertha Hamilton, Frank Elligood, William Kent, Percy Scott, Harold Cowper, Annie Almira, and Archie Musgrave. His son, Frank, after editing and publishing the Elizabeth City Falcon, a proredemption newspaper for ten years, moved to New York to work on the Star before he became city editor of the New York Herald. His daughter, Annie, who held degrees from the North Carolina College for Women, the University of California, and Columbia University, was recognized by the British government for her work with wounded soldiers during World War I.

William A. Griffin, Ante-Bellum Elizabeth City: The History of a Canal Town (1970).

Historical and Descriptive Review of the State of North Carolina, vol. 2 (1885).