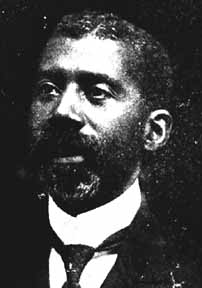 John Taylor Williams, educator, physician, and businessman, was born in the northern part of Cumberland County, the son of free black parents, Peter Williams, a successful lumberman, and Flora Ann McKay. Although his father was illiterate, his mother was not, and when the boy was six she began to teach him to read. In 1867 the family moved to Harnett County, where the father hired a white widow to teach his children in return for his working on her farm. Between 1868 and 1870 John mastered Webster's blue back speller and other books and became an avid reader. By age sixteen he had read widely among volumes of memoirs, history, and biographies.

His parents were active church members—his father was a Presbyterian and his mother a Methodist. John joined the African Methodist Episcopal Zion Church at age thirteen and set out on a course that led him to hold every church position open to a layman. He represented his denomination at quarterly, district, and annual conferences regularly for eighteen years and represented the Western North Carolina Conference in the General Conference of 1892, when it met in Pittsburg, Pa.

In 1876 he entered the State Normal School in Fayetteville (now Fayetteville State University) and in 1880 was graduated at the head of his class. Thereafter he taught school in Lillington, Monroe, Rutherfordton, Southport, and Charlotte. In Charlotte he was assistant principal but resigned in 1883 to study medicine at the Leonard Medical College in Raleigh. Following his graduation in 1886 with the M.D. degree, he was licensed by the State Board of Medical Examiners, one of the first of his race to qualify.

Settling in Charlotte, he soon had a large practice and became a surgeon in charge of the Union Hospital, visiting surgeon at the Samaritan Hospital, and a member of the Board of Health of Mecklenburg County. In 1888, as surgeon of the First Battalion, North Carolina State Guards he was appointed to the rank of captain by Governor Alfred M. Scales. In 1889 and 1891 he was elected to the board of aldermen of Charlotte. He also was a successful businessman as president of the Queen City Drug Company and with real estate and farming investments. He was a founding member of the Grace A. M. E. Zion Church on South Brevard Street, Charlotte, and a trustee of the A. M. E. Zion Publishing Company. President William McKinley in 1897 appointed him the U.S. consul to Sierra Leone, where Williams continued to serve until 1906 as one of the first black American diplomats.

In 1887 he married May E. Killian of Raleigh, but she died shortly afterwards. In 1890 Williams married Jennie E. Harris, of Concord, the niece of W. C. Coleman and a graduate of Scotia Seminary and Livingstone College. They were the parents of a daughter, Aurelia. He was buried in Ninth Street Pinewood Cemetery, Charlotte.

I've reviewed the references for this article but cannot find the information pertaining to Dr. John T Williams parents and where that data is located. I'm a genealogist researching the Williams tree and any assistance would be greatly appreciated.