Thomas Farish Williamson, early tobacco manufacturer, planter, and church leader, was born at the family plantation, Poplar Grove, in the Stoney Creek Township of Caswell County, the second son of Thomas and Frances Pannill Banks Farish Williamson. His father, a wealthy planter and merchant, died in 1848, leaving the care of their seven young children and of his lands and business interests to his capable wife, Frances. In his will he stated his full confidence in her fidelity, prudence, and sound judgment. Except for designated plantations left to each son, he gave her complete freedom in the management of his estate, and he authorized and directed her to provide for the education of their children "whether at school or at college or for a profession." Frances Farish Williamson was a descendant of prominent Virginia families. Her maternal uncle, Linn Banks, was a member of the Virginia legislature for twenty-four years and speaker of the house for eighteen of them; he was serving his third term in Congress at the time of his death. This interest in politics did not descend to Banks's great nephews Thomas Farish and his younger brother, textile manufacturer James Nathaniel Williamson; they never sought state or national offices but served from time to time in county or town political positions. 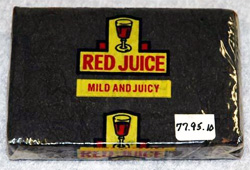 in growing and improving tobacco. Although he lived in town the latter half of his life, he always owned a farm close by. As soon as he was of age, he received the plantation willed him by his father and he called the place Sunnyside. It was here in the Locust Hill section of Caswell County in the early 1870s that he began the manufacture of plug and smoking tobacco. Two early chewing tobacco brands marketed by T. F. Williamson and Company were Red Juice and Red Crow. The firm's Golden Grain granulated smoking tobacco, for its first sixty years a straight bright leaf blend, continued to be made by Brown and Williamson Tobacco Corporation for many years afterwards. 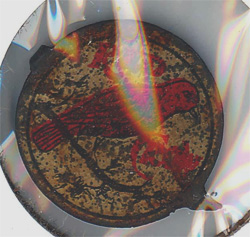 ad moved to Leaksville (now Eden), where he owned and operated a general merchandise store. Maintaining his interest in agriculture, he bought a farm within sight of his home in town. Always concerned for the welfare of his community, he served on the town council where he was known for his sage advice and ability to conciliate opposing factions.

An active and devoted member of the Presbyterian church, Williamson served on its boards wherever he resided: first in his home church, Bethesda Presbyterian in Caswell County, then the First Presbyterian Church in Winston, and finally the Leaksville Presbyterian Church. In 1858 he married Lydia Minerva Harris of Pittsboro; they celebrated their fifty-first wedding anniversary before she died in 1909. They had eight children: Mary Alice (m. first Alexander T. Benton and second Judge Martin Byrd Wood), Robert Lynn (m. Minnie Thompson), Lulu Lee, who died in her teens, Charles Harris (m. Bettie Shepherd), Anna Banks (m. Walter R. Leak), Frances Cornelia (m. John C. Anderson), Thomas Farish, who died in childhood, and Carlton Adolphus, who died in his twenties, unmarried.

Thomas Farish Williamson died at the home of his daughter in Bristol, Tenn. He was buried beside his wife in the Leaksville (Eden) Cemetery.