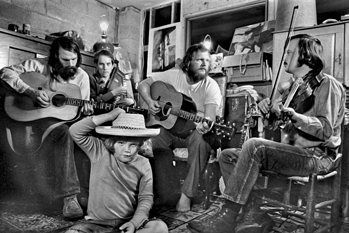 Among North Carolina rural whites and blacks at the turn of the century, a "string band" meant a fiddler and banjo player who would perform for dances held in private homes. The fiddle is the classical violin played in a folk fashion, the most popular and recognizable of which in North Carolina and across the South are the fiddle styles of old-time country music and bluegrass music. In old-time music playing, the fiddle is likely to have an edgier presentation than in bluegrass, where a smoother, long-stroke style generally predominates. There is much overlap, however, and fiddle players in both styles use the instrument to create hoedown dance music such as jigs, reels, and polkas as well as to lend a weeping quality to sentimental country waltzes.

Only after 1900 did the guitar become common, adding more stable rhythm and greater volume to the earlier banjo-fiddle duet. Country guitar players tended to use a plectrum, or pick, to brush the strings to play chords in accompaniment to instrumental tunes. Blues and ragtime influences led to more complex bass lines added to the simple chordal accompaniment, and the guitar gradually became a more important rhythm instrument in string band music.

After World War I, fiddlers' conventions served to draw together musicians from different communities, and dances began going public. The heavy investment in school infrastructure after 1900 in North Carolina provided hundreds of potential dance venues. Dance organizers, often the musicians themselves, could charge a nickel or a dime admission fee, which usually paid for the dance band.

Charlie Poole (1892-1931) and the North Carolina Ramblers stand among the earliest and best-known of the state's hillbilly string bands. Consisting of such artists as banjoist Poole, fiddlers Posey Rorrer and Lonnie Austin, and guitarists Norman Woodlief and Roy Harvey, the North Carolina Ramblers began recording for Columbia Records in 1925, selling more than 100,000 copies of "Don't Let Your Deal Go Down." That song and several others, including "If I Lose," "White House Blues," and "Sweet Sunny South," entered the folk tradition and remain popular with bluegrass and old-time musicians to this day. Many other North Carolina string bands made records and achieved varied degrees of fame. The most memorable included Al Hoplins' Hill Billies, the Piedmont Log Rollers, the Carolina Tarheels with Clarence "Tom" Ashley, and the Carolina Buddies. Other musicians from mountains to coast provided dance music until jukeboxes put them out of work toward the end of the Great Depression.

The string band sound, called old-time music since the 1920s, survived in parts of North Carolina through the enthusiastic support of musicians and fans. WPAQ-AM, founded by Ralph Epperson and broadcasting from Mount Airy in Surry County beginning in 1948, became a principal advocate of the genre, presenting countless live performances by local and professional bands on its popular Merry-Go-Round weekly show and other programs. Old-time music gained an even wider following when it was rediscovered by young musicians in the 1960s and 1970s. Groups such as the Camp Creek Boys from Surry County finally recorded during that period, while artists from the prewar era began new careers. Formed in 1966 in Durham, the Hollow Rock String Band took its name from the large and unusual stretch of undercut rock formations along New Hope Creek in eastern Orange County, near the country home of Bobbie and Tommy Thompson. The band's original members included fiddler Alan Jabbour, mandolinist Bertram Levy, Bobbie Thompson on guitar, and Tommy Thompson on banjo. Jabbour made numerous tape recordings of "old-timers" in the mountains of North Carolina and Virginia, and Hollow Rock's replication of their distinct old-time country playing styles and, in many cases, their nearly extinct tunes, became the mission of the band, with the Thompsons' home becoming the site of a regular Friday night musicale for years. 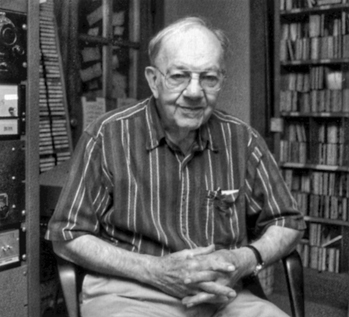 In North Carolina, unlike some other southern states, the older African American string band tradition coexisted with the newer blues style. The Chapel Hillbillies, a black band active from the 1930s through the 1950s, could move from string band to blues to pseudo-big band music to suit their differing audiences. Cousins Joe and Odell Thompson, from Cedar Grove, performed African American banjo and fiddle music until Odell was killed in a 1994 automobile accident.

The Red Clay Ramblers, a string band from Chapel Hill, was founded in 1972 by Tommy Thompson (banjo), Bill Hicks (fiddle), and Jim Watson (guitar, mandolin), originally to recreate the repertoire and playing style of old-time bands. With the addition of pianist Michael Craver in 1973, the Ramblers' participation in Bland Simpson and Jim Wann's hybrid musical Diamond Studs (which opened in Chapel Hill in 1974 and New York City in 1975), and the arrival of Jack Herrick (trumpet, bass, pennywhistle) in 1975-76, the band's sound became an eclectic mix of southern mountain fiddle tunes, bluegrass, swing, gospel (both black and white), stomp blues, and original songs of all sorts. Over two decades, the Ramblers' participation in the development of "musicians' theatre," musical shows incorporating the band on stage with the rest of the performers, distinguished the group from virtually all other acoustic, folk, and bluegrass acts. These shows have included Life on the Mississippi (Chapel Hill, 1982), A Lie of the Mind (New York, 1985-86), The Merry Wives of Windsor, Texas (Houston, 1988; St. Louis, Columbus, Durham, 1989; Cincinnati, 1994), and Fool Moon (New York, 1993; Los Angeles, Vienna, and Munich, 1994; and New York, 1995).

North Carolina continued to host a number of thriving fiddlers' conventions at the end of the 1990s and early 2000s, featuring dozens of bands consisting of younger musicians such as the Piedmont Hepcats and the Old Hollow String Band. The Ole Time Fiddler's and Bluegrass Festival, held each Memorial Day weekend at Fiddler's Grove Campground in Union Grove, is the state's longest-running fiddlers' convention, with roots stretching back to 1924. The event has been featured on a PBS documentary, Fiddler's Grove: A Celebration of Old-Time Music, and has received other national and international acclaim. The Bluegrass and Old-time Fiddlers Convention in Mount Airy features about 150 bands competing in several musical categories, including bluegrass and old-time band music, folk music, and various forms of banjo, guitar, dobro, dulcimer, autoharp, mandolin, and bass playing. The Toast String Stretchers from Mount Airy, one of many old-time bands active in the 1990s, served as the host band for the Cultural Olympiad in Atlanta during July 1996.

For your additional resources

For your additional resources, here is Alan Jabbour's Library of Congress website about the tune collecting he brought back to Hollow Rock, and on to Fuzzy Mountain and the Ramblers.

This a wonderful article. We

This a wonderful article. We have been playing old time music back in these Indiana hills for nearly thirty years. We've learned lots of old tunes over the past several years from Youtube and the kindness of others. Yesterday, at one of our old time Christmas concerts a little four year old bought of our Christmas CD's so she could learn the words to the songs. Her mom said she was singing singing her ABC's to the songs at the concert - she wanted to learn the "real" words.