by Kelly Kress and Philip McFee, 2006

Although their acclaim has varied and their notability fluctuated, North Carolina poets have always been active, and the poetic drive has always been present in the state. Like its prose counterpart, creative verse underwent a veritable renaissance in the late twentieth and early twenty-first centuries. The days of luminaries such as Carl Sandburg, where only a single name was worthy of notoriety or critique, are gone, replaced by a widespread and successful group of poets working in many different social and academic settings.

North Carolina Poets of the Nineteenth and Twentieth Centuries 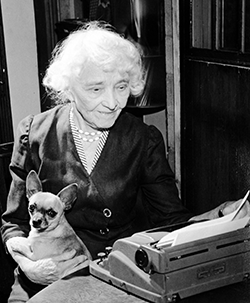 George Moses Horton (ca. 1797-1883) was probably North Carolina's first professional poet. Born into slavery in Chatham County, Horton taught himself to read using an old speller and a Methodist hymnal. His master, James Horton, often sent him to Chapel Hill to sell produce, where his advanced vocabulary impressed university students. He began to sell poems for students to send to their sweethearts and published a collection, The Hope of Liberty (1829), the first book published in the South by a black man. His other books include Poetical Works of George M. Horton (1845) and Naked Genius (1865). Today Horton's elegant, structured verse stands out not only as the state's prime poetic expression of the nineteenth century but also as one of the most memorable literary testaments to the muted anger and intense yearning of African Americans in the South before the Civil War.

The late nineteenth through early twentieth centuries saw a number of poets make somewhat minor marks on the literary history of the state. Among the contributors were Windsor's William Henry Rhodes (1822-76), whose work includes Caxton's Book: A Collection of Essays, Poems, Tales and Sketches (1876) and The Indian Gallow and Other Poems (1946). Benjamin F. Sledd (1864-1940), who was born in Bedford County, Va., but later taught at Wake Forest University, was the author of From Cliff and Scaur: A Collection of Verse (1897), Watchers of the Hearth (1902), and A Young Man's Visions; an Old Man's Dreams: A Collection of Poems (1957). 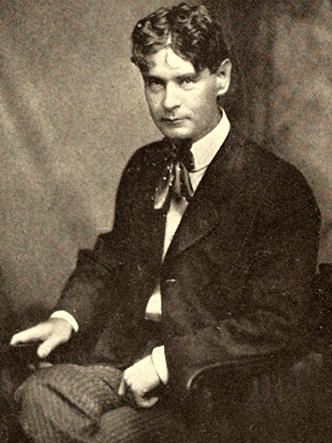 Native Kentuckian Olive Tilford Dargan (1869-1968) fell in love with North Carolina on a college camping trip and later had homes on the Nantahala River in Swain County and in Asheville. Widely considered one of the best writers from the southern Appalachians, her books of verse include Lute and Furrow (1922), Pathflower and Other Verses (1914), and The Spotted Hawk (1958). John Charles McNeill (1874-1907) had a brief life but secured for himself an impressive reputation. As a student, he contributed poems to and edited the literary journal at Wake Forest University while taking law courses. He practiced law while continuing to write poetry until 1904, when Charlotte Observer editor Joseph P. Caldwell hired him to write "whenever and whatever he pleases." His well-known columns included anecdotes, fables, reports on fires and funerals, book reviews, and special events in North Carolina and South Carolina. McNeill's books include Songs, Merry and Sad (1906) and various volumes of collected works. Arthur Talmadge Abernethy (1872-1956) of Rutherford College also chose to publish his poems via newspaper submissions-tallying hundreds in his lifetime. For his accomplishments, Governor Robert Cherry named Abernethy the first poet laureate of North Carolina in 1948. 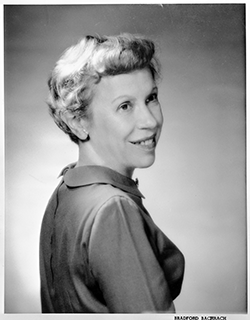 Helen Smith Bevington (1906-2001) was born and raised in New York but moved to Durham when her husband accepted a teaching position at Duke University. Bevington attributed her interest in writing to "the particular pleasure of living in North Carolina" and was best known for her light, witty verse, a torch later taken up by fellow North Carolinians A. R. Ammons and Jonathan Williams. Books by Bevington include Dr. Johnson's Waterfall (1946), Nineteen Million Elephants (1950), A Change of Sky (1956), and When Found, Make a Verse of (1961).

Randall Jarrell (1914-65) attended Vanderbilt University and studied under southern literary magnate Robert Penn Warren. After graduation he eventually settled in Greensboro to teach at Woman's College (which later became the 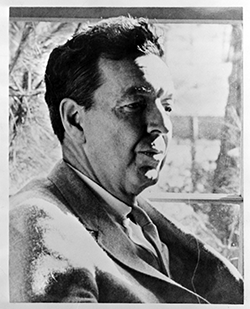 University of North Carolina at Greensboro). Jarrell was a tireless author and erudite literary commentator, tallying nine books of poetry, four books of literary criticism, four children's books, five anthologies, a best-selling academic novel, a translation of Goethe's Faust, Part I, and a translation of Chekhov's The Three Sisters, produced on Broadway. Jarrell served as the consultant in poetry to the Library of Congress from 1956 to 1958. His most notable collections of verse include The Woman at the Washington Zoo (1960) and Randall Jarrell: The Complete Poems (1969).

While Jarrell's work commanded a sizable audience, other poets worked through the decades of the mid-twentieth century to less public acclaim. Charles Edward Eaton (1916-) was born in Winston-Salem and graduated from the University of North Carolina in Chapel Hill in 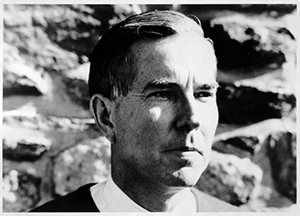 1936. After attending graduate school at Harvard, where he worked with Robert Frost, Eaton returned to Chapel Hill to teach creative writing from 1946 to 1952. His books of poetry include The Bright Plain (1942), The Shadow of the Swimmer (1951), The Man in the Green Chair (1977), and New and Selected Poems, 1942-1987 (1987). Thad Stem Jr. (1916-80) lived his entire life in Oxford and began writing poetry in the mid-1940s. Rooted in love for his home, his work described the town of Oxford and the people of Granville County, with volumes including Picture Poems (1949), The Jackknife Horse (1954), and Penny Whistles and Wild Plums (1962). Born on a tobacco farm in Bladen County, literary polymath Guy Owen (1925-81) also received more focused acclaim within the state, producing collections such as Cape Fear Country and Other Poems (1958), The Guilty and Other Poems (1964), and The White Stallion and Other Poems (1969).