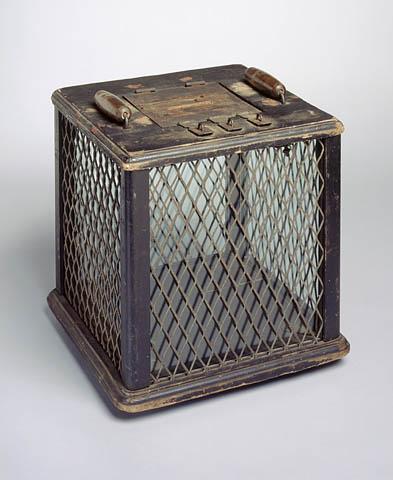 A secret ballot is often called the Australian ballot because the practice of confidential voting started in Australia in the 1850s and rapidly spread to other countries. Numerous American states adopted the secret ballot in the 1890s, but North Carolina maintained partisan ballot voting until the General Assembly passed a new ballot law in 1929.

Under the old system of voting, political parties printed their own ballots with only their own candidates listed. Voting was very public. Party officials and poll workers could tell how a person voted by observing the ballots he took and inserted into the ballot box. This method led to political pressure and vote buying. It did, however, have the advantage of making it easy for the illiterate to vote.

After the turn of the century, pressure gradually increased in North Carolina to eliminate party-produced ballots and replace them with official government ballots listing all candidates for a given office on a single ballot. In 1928 Democrat O. Max Gardner, of Shelby, an early proponent of the secret ballot, was elected governor on a pledge to introduce it in the state. In his inaugural address on 11 Jan. 1929, Gardner stated that North Carolina elections were "fair, honest, and just" but "conditions may still be further improved by the passage of a fair and just secret ballot law."

The first piece of legislation addressed by the 1929 session of the General Assembly was a secret ballot bill presented by J. Melville Broughton of Wake County and T. L. Johnson of Robeson County. There was some opposition in the Senate, primarily from partisans who feared a diminution of the Democratic vote, but the bill finally passed on a vote of 41 to 9. The House approved it by a wider margin-92 to 14-with some amendments that the Senate readily accepted. This ended the use of party ballots in North Carolina.

"An Act to Provide the Australian Ballot in All Elections and in All Primaries Held in North Carolina, and to Amend Certain Sections of the Election Law of the State."  1929. Public laws and resolutions passed by the General Assembly at its session of 1929. Raleigh :Mitchell Print Co. p.180. http://digital.ncdcr.gov/u?/p249901coll22,238675