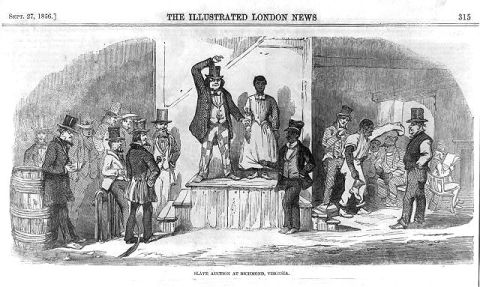 Ad valorem taxation of enslaved people was a major political issue in antebellum North Carolina and continued during the Civil War as a manifestation of the divisions between the planter class and the non-enslaving majority. Until the issue was resolved, enslaved people were taxed as persons rather than as property. Based on the Constitutional Convention of 1835, no levy was imposed on enslaved people under age 12 and over age 50; all others were assessed at an amount not to exceed the poll tax for white men. As long as property and poll taxes remained low, this provision raised no particular concern. By the late 1850s, however, when assessments were increased to support railroad construction and other internal improvements, small farmers and laborers felt that they were bearing an unfair share of the tax burden.

In 1858 the remnants of the disintegrating Whig Party took the fight for ad valorem taxation of enslaved people to the state legislature. Senator Moses A. Bledsoe of Wake County led the effort to have enslaved people taxed as property rather than as persons. Although his attempt failed, it aroused strong feelings on both sides of the issue. In 1860, when Whig candidate John Pool ran against incumbent Democratic governor John W. Ellis, ad valorem taxation was the major plank of Pool's platform. Ellis narrowly won reelection by a vote of 59,396 to 53,303. The fact that 17,000 more votes were cast for governor than for president suggests the intensity of the debate.

The Secession Convention of May 1861 finally amended the state constitution to provide for ad valorem taxation of enslaved people. Forced to act, the legislature passed a bill that provided for a $500 exemption and ad valorem taxation based on estimates of value established by the enslavers. When it met again in 1862, the convention eliminated the $500 exemption. In early 1863 the legislature stipulated that the value of enslaved people was to be determined by the same agency that assessed real estate.

Although the proponents of the new tax won the debate, the long delay in ad valorem taxation illustrates the power of the tiny planter minority in North Carolina. On the other hand, the triumph of ad valorem advocates demonstrates the growing democratization of state politics.