The Depression for Farmers

After the Civil War, farmers had increasingly struggled economically. The growth of cities and railroads opened new markets for farm products, and industrialists found new ways to process them into convenience foods. But little of the money from these new markets went to farmers -- instead, it went to railroads, other distributors, and processors. (This trend -- in which farmers get less and less of what consumers pay for food -- has continued to the present day.) New technologies, meanwhile, made farmers more efficient -- they could produce more with less work from the same land. But expensive machinery introduced what economists call an economy of scale: Only bigger farmers could afford the technology, and so farmers had to expand -- or be forced off the land, as many were. (That trend, too, would continue throughout the twentieth century.) 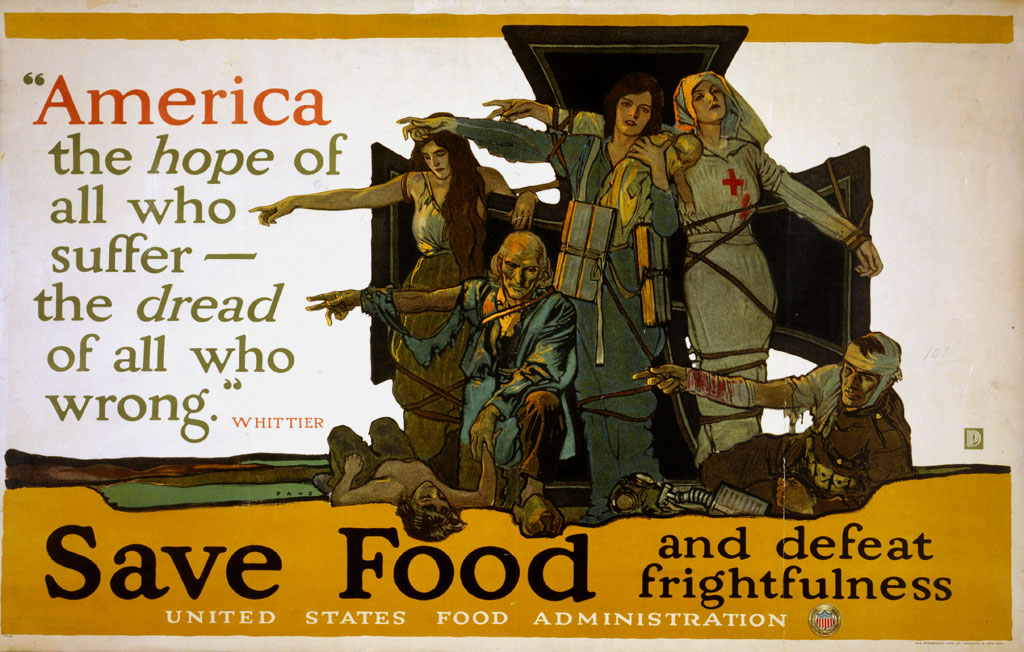 During World War I, demand for farm products skyrocketed. In Europe, farms were being destroyed by war, while the men who worked them were drafted into armies. Suddenly, farmers in the U.S. had a market for as much as they could possibly grow, and more. Americans faced food shortages and were urged to save food and plant gardens. The U.S. Government guaranteed prices for farm products to supply the army. To meet the demand, farmers increased their acreages and expanded their herds -- in many cases, by borrowing money -- and for a few years, they enjoyed a rare prosperity.

As quickly as the boom had begun, though, it ended. With the war's end, the government no longer guaranteed farm prices, and they fell to prewar levels. Farmers who had borrowed money to expand during the boom couldn't pay their debts. As farms became less valuable, land prices fell, too, and farms were often worth less than their owners owed to the bank. Farmers across the country lost their farms as banks foreclosed on mortgages. Farming communities suffered, too. During the boom years of the war, rural states and communities borrowed money to build new roads and schools, and now the high taxes needed to pay off those debts added to farmers' burdens. In rural areas, many banks failed -- went bankrupt and closed -- because they were unable to collect anything of value on loans they had made to farmers. Anyone who had money in these banks lost their savings. For farmers and farm communities, the Great Depression began in the 1920s. 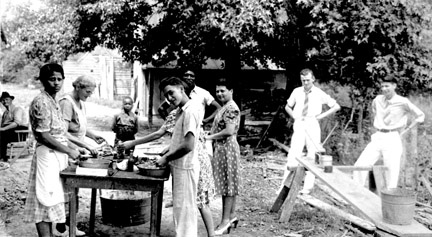 In North Carolina, where many farmers were tenants and sharecroppers, falling crop prices made life even harder than it had been before the war. A 1923 survey found that half of all rural families in Chatham County were tenants. None of the tenant farmers had running water, and only eight even had outhouses -- the rest had no sanitary facilities at all. Sharecropping families, meanwhile, made only 9 cents a day per person. Falling crop prices also encouraged farmers to cut down forest for lumber. After the Civil War, both pine forests in the east and mountain forests in the west had faced heavy cutting, and by 1900 the state's virgin forest was nearly gone. Now, second-growth and third-growth forests faced destructive cutting.

Nationwide, this "agricultural depression" also helped bring about the Great Depression. Since the 1880s, industries had increasingly marketed their products to farmers -- not only farm technology but clothing, household goods, and toys. That market now dried up, and industries had fewer places to sell their goods.

The stock market crash and everything that followed -- bank failures, failing businesses, unemployment -- made life even harder for farmers. Farmers were still producing more food than consumers were buying, and now consumers could buy even less. Farm prices fell even further. Cotton had sold for 35 cents a pound in 1919 but only 6 cents a pound in 1931. National farm income fell from a high of $16.9 billion in 1919 to only $5.3 billion in 1932. The Agricultural Adjustment Act (AAA) of 1933 paid farmers to reduce the number of acres they planted in crops such as tobacco, peanuts, and cotton. By restricting production, the law was intended to boost prices. This was the first "farm bill" in the U.S., and it introduced a new era of government regulation of and support for agricultulture. A second AAA followed in 1938. 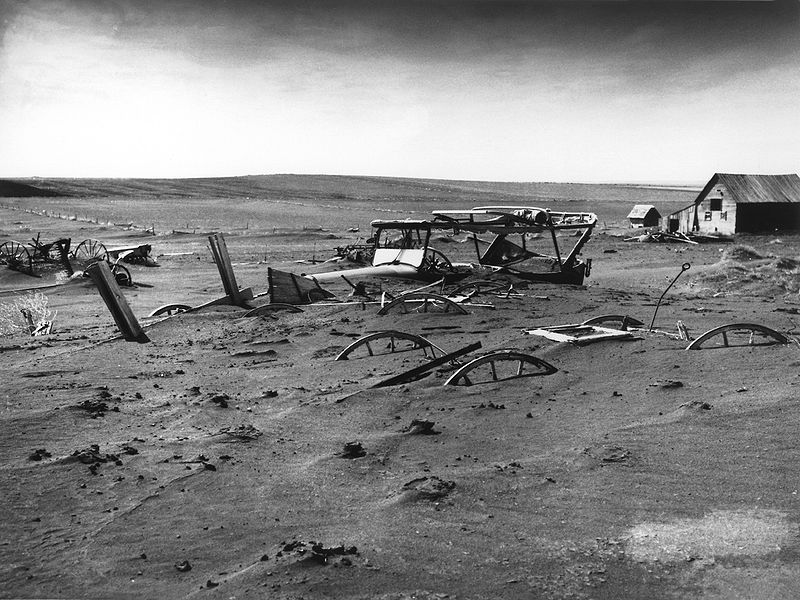 The "Dust Bowl" produced blizzards of dry soil that rolled across the Midwest. This farm in South Dakota was literally buried in dust.

The AAA barely had time to work, though, before a new crisis hit. Across the South and the Midwest, a terrible drought struck. The years 1930 and 1931 had been unusually dry, but 1934 brought drought to 80 percent of the U.S., and extreme drought returned in 1936, 1939, and 1940. In the Great Plains, where farmers had plowed millions of acres of prairie, the dry, unprotected topsoil blew away in the wind, creating what came to be known as the Dust Bowl. Black clouds of dust rolled across the region, some even reaching New York and Washington, D.C. Refugees from Oklahoma and northern Texas, where the drought was worst, packed up and migrated to places like California in hopes of finding work, but in the Depression, there was little work to be had, and communities resented these newcomers -- the "Okies" of John Steinbeck's The Grapes of Wrath. Many of those who remained often survived on government relief programs. By 1937, 21 percent of farm families in the Great Plains received federal emergency relief.

World War II turned the tide for farmers. In 1940, more than 40 percent of North Carolina's population still lived on farms (compared with only 20 percent nationwide). People who left the farm during the war often didn't return. The war vastly increased the market for farm products, which not only boosted farmers' incomes but encouraged them to expand and mechanize. Men and women who returned home to rural communities after the war expected a better life than they had known before. In 1940, for example, less than 10 percent of farm homes had flush toilets, and only 25 percent had electricity. After the war, farm families would begin pushing to catch up to their urban counterparts.

farmers had increasingly struggled economically. The growth of cities and railroads opened new markets for farm products, and industrialists found new ways to process them into convenience foods. But little of the money from these new markets went to farmers -- instead, it went to railroads, other distributors, and processors. (This trend -- in which farmers get less and less of what consumers pay for food -- has continued to the present day." data-share-imageurl="">