The Women of Bennett College: Unsung Heroes of the Civil Rights Movement

Did you know that although the faces and important figures of the Civil Rights Movement are mostly men, women were the glue that held the movement together? With the help of women, especially college students, North Carolina was pushed to the forefront of the modern Civil Rights Movement as we know it today.

The women of Bennett College in Greensboro made their mark on the Civil Rights Movement in North Carolina. In 1938, Bennett Belles picketed the Carolina and National Theaters. Both theaters refused to show films with both African American and white actors. They also refused movies that showed African Americans and whites as equals. The Bennett Belles joined forces with students from North Carolina A&T University. Over 1,000 students boycotted the theaters owned by the all-white Southern Theaters Incorporated.

In 1960, students from Bennett College and North Carolina A&T joined forces again. This time they took their protests to Woolworth’s in downtown Greensboro. Several high school students and three white women from Greensboro Women’s College (to UNC-Greensboro) joined the group. From February 1 to February 6, 1960 students held a sit-in to protest segregation. Each day the number of students who demonstrated grew. At one point as many as sixty students occupied almost every seat at the Woolworth’s counter. During this time, students identified a new target. They expanded their focus to desegregating S.H. Kress Store. The store sat just down the road from Woolworth’s. After an 8-week long negotiation, and bomb-scares, Woolworth’s closed its Greensboro lunch counter on April 4, 1960. S.H. Kress followed suit, fearing that their company would suffer financial losses from the ongoing protests.

Bennett's president and faculty supported their students' action. Those women provided the footwork for the sit-in movement. They made picket signs and participated as “marchers, and canvassers.” The students also planned and organized strategy meetings. Their efforts and sacrifices for social and racial justice caused a significant impact. Demonstrations lasted in Greensboro from 1960 to 1963. Forty percent of Bennett College students participated in those demonstrations at different locations. Local police jailed almost HALF of the student body for their activism.

The president of Bennett College, Wilma Player, showed her support for students’ demonstrations in many ways. She refused to order students back to campus for classes. Instead, she provided them with their course work and personal items while in jail.  Protests continued until students in Greensboro finally achieved their goal. The city desegregated lunch counters in 1960. Another eleven years passed before Greensboro’s public schools desegregated. Player made it possible for Bennett Women to become serious activists. Her support was essential to their efforts.

Player said that her students were "a part of this protest and as long as they are willing to stand up for their beliefs until the problem is properly resolved, I’m not looking for..[a way]...to get them out of something that is very difficult, but very important.”

It is important to remember the role of Bennett College women in the Woolworth's sit-ins. The men known as “The Greensboro Four” are most well known for the February 1, 1960 demonstration. Yet, the women of Bennett College sat right along-side them. They also made vital contributions to desegregate lunch counters throughout North Carolina. 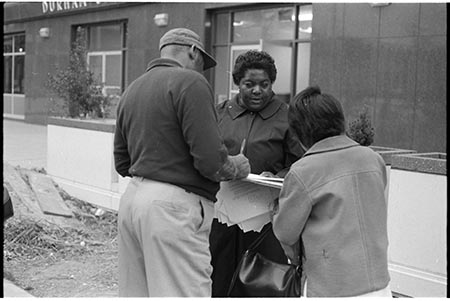 More Female Faces of the Civil Rights Movement in NC 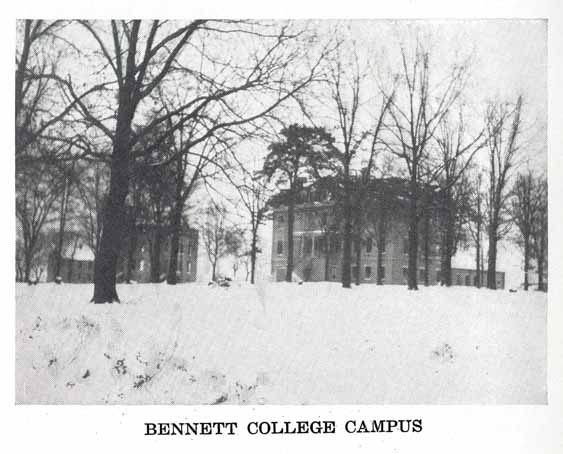 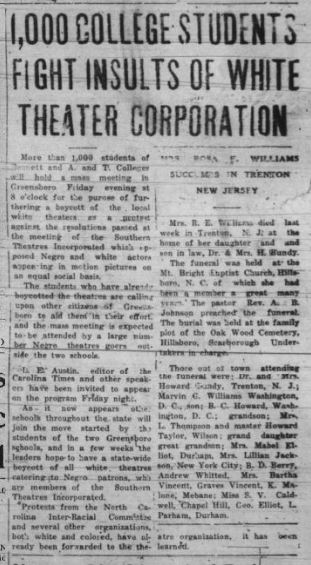