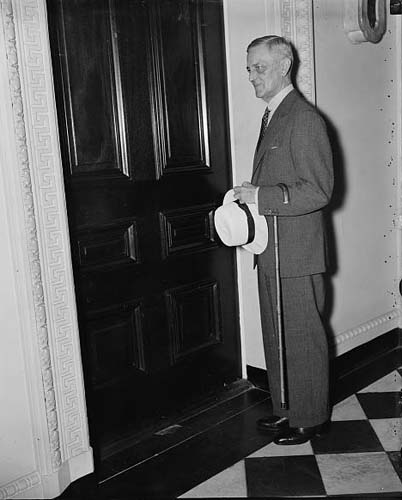 Robert Worth Bingham, newspaper publisher and U.S. ambassador to Great Britain, was born in Mebane, the fourth child of Robert Bingham, headmaster of Bingham School, and his first wife, Delphine Louise Worth. His maternal grandfather, John Milton Worth (1811–1900), a brother of Governor Jonathan Worth, operated a general store in Asheboro, held considerable mining interests, and served as state treasurer of North Carolina (1870–85).

In August 1918, Bingham acquired a two-thirds interest in both the Louisville Courier-Journal and the afternoon Louisville Times, buying out the remaining third of each the following year. Under his management as publisher, the Courier-Journal retained the national prominence it had gained under Henry Watterson (Bingham himself went on to become a president of the Associated Press) but adopted a decidedly more liberal editorial stance, advocating prohibition and women's suffrage. Watterson, who had remained on the staff as "editor emeritus," resigned in 1920, when Bingham came out in support of ratification of the League of Nations Treaty. 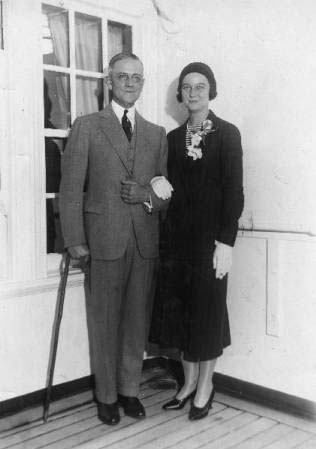 When prices for burley tobacco dropped disastrously in 1920, Bingham, who had been impressed during a tour of California with the success of the citrus-growers' cooperatives, arranged a meeting between Aaron Sapiro, legal counsel for the co-ops, and representatives of burley interests. The result of this April 1920 conference was the organization of the Burley Tobacco Growers Cooperative Association, to which Bingham lent considerable editorial and financial support.

An independent Democrat, Bingham engaged in continual warfare with Kentucky's regular Democratic organization for nearly fifteen years. In 1932 he was among the earliest and most fervent supporters of Franklin D. Roosevelt, a long-time acquaintance, for the Democratic presidential nomination, reportedly donating fifty thousand dollars to his campaign. On 13 Mar. 1933, Bingham was appointed ambassador to the Court of St. James; the appointment was confirmed nine days later. Bingham's religion (unlike his Presbyterian forebears, he was a devout Episcopalian and a vestryman in his Louisville church); his love of fishing, hunting, and yachting; and his known respect for British culture (he had toured the Islands several times and had married his third wife in London) made him eminently acceptable to British officials. In fact, he was criticized by several congressmen as being too Anglophiliac, and his speech on arrival in Britain on 31 May 1933, prematurely pledging mutual tariff reductions, caused the administration considerable embarrassment.

Although Bingham lacked previous diplomatic experience, he proved a capable and fairly successful ambassador. He chaired several conferences in London in 1935 on world wheat control; played a major role in American response to the Italian invasion of Ethiopia, the outbreak of the Spanish Civil War, and the Japanese invasion of China; and conducted conversations on Anglo-American naval policy in the wake of the Japanese renunciation of the Naval Armaments Treaty of 1922. His primary mission, to negotiate an Anglo-American reciprocal trade agreement, proved a more difficult problem. He proposed tariff reductions and stabilization of the dollar and pound, policies bitterly opposed in Congress from fear that gains made by domestic price rises in the economy would be canceled. Primarily because of such fears, Bingham was passed over as American representative to the London Economic Conference (12 June–27 July 1933), and Roosevelt repudiated stabilization in his 3 July message to the conference. Nevertheless, by the time of Bingham's death, plans for opening intensive trade negotiations were already well underway.

A trustee of Berea and Centre colleges, and a president of the Kentucky Children's Home Society, Bingham remained deeply concerned throughout his life for the welfare of his adopted state. He was a director of the Louisville and Nashville Railroad and the American Creosoting Company and founded WHAS, Kentucky's first radio station. He was also a regent of the Smithsonian Institution, an active Mason (he was awarded the honorary title of past grand senior warden of the Lodge of Great Britain when George VI was made past grand master), and an accomplished amateur organist and cellist.

On 20 May 1896, Bingham married Eleanor E. Miller of Louisville, who died in an automobile accident in 1913. The couple had three children, Robert Norwood, Henrietta Worth, and George Barry, who later became copublisher of the Courier-Journal and Times with his father. On 15 Nov. 1916, Bingham married Mary Lily Kenan Flagler (d. 28 July 1917), the sister of William Rand Kenan, Jr., and the widow of Henry M. Flagler. Her will, after being bitterly contested, left Bingham $5 million and endowed the Kenan professorships of The University of North Carolina. Several sources suggest that Bingham himself originally suggested the endowment. On 20 Aug. 1924, Bingham married Aileen Muldoon Hilliard of Louisville (d. 18 Mar. 1953).

Bingham died at Johns Hopkins University Hospital and was buried at Cave Hill Cemetery in Louisville.

James McGregor Burns, Roosevelt: The Lion and the Fox (1937).

Robert Worth Bingham in WorldCat: https://www.worldcat.org/identities/lccn-n88-218560

Robert Worth Bingham, US Department of the State Office of the Historian: http://history.state.gov/departmenthistory/people/bingham-robert-worth

Images of Bingham in the University of Louisville Libraries: http://digital.library.louisville.edu/cdm/search/field/people/searchterm/Bingham,%20Robert%20Worth,%201871-1937/mode/exact

"U.S. Ambassador to Great Britain reports to State Department. Washington, D.C. Aug. 31. U.S. Ambassador to Great Britain, Robert W. Bingham, entering secretary of State Hull's office today where he discussed conditions in Europe and the Orient with the Secretary. Bingham said he will go to Hyde Park tomorrow to confer with President Roosevelt and will return here for further discussions before returning to London in about two weeks. He denied he had any intention of resigning his post. 8/31/37." Image courtesy of Library of Congress. Available from http://www.loc.gov/pictures/item/hec2009009987/ (accessed May 17, 2013).

Robert Worth Bingham and Henrietta W. Bingham of Louisville, Kentucky, 1931. Image courtesy of the University of Louisville Photographic Archives. Available from http://digital.library.louisville.edu/cdm/singleitem/collection/heraldpost/id/1296/rec/12 (accessed May 17, 2013).