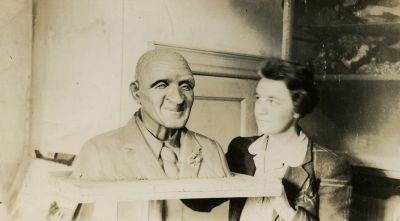 Lucy Cherry Crisp , museum administrator and poet, was born in Crisp, Edgecombe County, the daughter of Sellers M. and Annie Gorham Crisp. She was graduated from the North Carolina College for Women in Greensboro with a degree in music and continued her education at Columbia and Boston universities and at Radcliffe College. She taught piano and was supervisor of music in the public schools of North Carolina for a time and for a number of years contributed a weekly folk column, "Byways and Hedges," and a Sunday column, "Tar Heel Art," to the Raleigh News and Observer . She also wrote feature articles for many state papers and was the author of two volumes of poetry, Spring Fever , in dialect, published in 1935, and Brief Testament , published in 1947. Other poems by her were published in periodicals and anthologies. She served briefly as religious counselor at the University of Illinois, Champaign-Urbana, and for a few years was director of the Museum of Art, Science, and History in Florence, S.C. During World War II she was director of the United Services Organization Club at Greenville, N.C. In 1947 she became the director of an art museum in Raleigh under the patronage of the North Carolina State Art Society and continued in that position until 1955. This museum was the forerunner of the North Carolina Museum of Art. While director of the museum, Miss Crisp edited North Carolina News of Art , a monthly bulletin, and in 1956 completed "A History of the North Carolina State Art Society." She served as secretary to a state art commission created in 1951 by the General Assembly to purchase art and to establish procedures for governing the North Carolina Museum of Art. She also assisted in assembling the staff, purchasing equipment, and training volunteers for the new museum that opened in 1956.

After leaving Raleigh she served as director of the Greenville Art Center. She was a member of the Presbyterian church, of the American Association of Museums, and of the Society of Mayflower Descendants. She was buried in Falkland Cemetery, Pitt County, in the community where her family had lived for several generations.