Olive Tilford Dargan, writer, was born at Tilford Springs in Grayson County, Ky., the daughter of Elisha Francis and Rebecca Day Tilford. About 1879 her schoolteacher father moved the 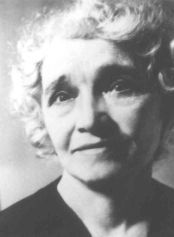 family to Missouri and later to Arkansas, where Olive herself began teaching at age fourteen. Three years later she won a state scholarship to study at Peabody College in Nashville, Tenn., from which she was graduated. For several years she taught school in Missouri and Texas, but wanting more education she took graduate courses at Radcliffe College in Massachusetts. After this she taught for a year in a girls' school in Nova Scotia and then took a position as private secretary to a rubber company executive in Boston. Because of failing health, she moved in 1897 to Blue Ridge, Ga., where on 2 Mar. 1898 she married Pegram Dargan, a South Carolinian whom she had met while at Radcliffe.

The young couple settled in New York City as writers, with Pegram concentrating on poetry and Olive on blank verse dramas. Mrs. Dargan's Semiramis and Other Plays was published in 1904, followed by Lords and Lovers in 1906. These dramas were well reviewed; one critic called her a "poet of exceptional genius." When her health again declined, Mrs. Dargan spent several years in England; there she published another series of plays entitled The Mortal Gods in 1912 and a volume of lyric verse, Pathflower, in 1914. It was also from England that she published her rarest volume, a serious bit of nonfiction on The Welsh Pony (1913), which she researched for a friend in Virginia.

After returning to New York City, Mrs. Dargan suffered a tragic blow when in 1915 her husband was lost at sea on a voyage to the West Indies. Afterward she wrote a series of sonnets in her husband's memory: The Cycle's Rim, dedicated "to one drowned at sea." These poems were well received by critics and for them Mrs. Dargan received the poetry award given by the Southern Society of New York. She continued to write, publishing stories and poems in such periodicals as Scribners, Atlantic , and Bookman , and in 1915 she moved to a farm, which her husband had bought some years earlier, near Almond, in Swain County, N.C. In 1922 she published another volume of lyric poetry, Lute and Furrow , and in cooperation with Frederick Peterson, a group of plays entitled Flutter of the Gold Leaf . A series of short stories written about her mountain neighbors was published in 1925 as Highland Annals. Her literary abilities were recognized in 1924, when The University of North Carolina awarded her an honorary doctor of letters degree.

In 1923 the farm home in Swain County burned, destroying many valuable manuscripts including unpublished ones. Once again, Mrs. Dargan took an extended trip to Europe, this time visiting France and Switzerland. In 1925 she returned to North Carolina and bought a home, Bluebonnet Lodge, in Asheville, where she was to remain for the rest of her life. At an age when most writers would have considered retiring, she turned to a new medium—the novel—and produced two of her most notable works: Call Home the Heart (1932) and A Stone Came Rolling (1935). Written under the pseudonym of Fielding Burke, these were "social problem" novels concerned with the poor mountain men and women who came down out of the hills to work in the textile mills of the North Carolina Piedmont. Widely reviewed, they received both high praise and severe criticism. Although such terms as "avowed radical" and "most radical of the economic novelists" were applied to her, these works did establish Mrs. Dargan as a southern writer who could not be ignored. Since then she has been mentioned in most southern literary histories and anthologies.

Most of Mrs. Dargan's works published after the 1930s were anticlimactic. In 1941 a somewhat reworked and illustrated version of Highland Annals was published as From My Highest Hill. This was followed in 1947 with a historical novel of the coal mining industry, entitled Sons of the Stranger. A book of poems, The Spotted Hawk , appeared in 1958, and another group of short stories, Innocent Bigamy, in 1962. Mrs. Dargan died at her home in Asheville after an active life of almost a century.

Louis O. Rubin, ed., A Bibliographical Guide to the Study of Southern Literature (1969)