Helen Edmonds was an American historian, university professor and civic leader. She is especially noted for her 1947 Ph.D. dissertation as well as her thirty-six-year career at North Carolina Central University. Her Ph.D. research uncovered a more accurate narrative of the 1898 white supremacist political coup in Wilmington, North Carolina. 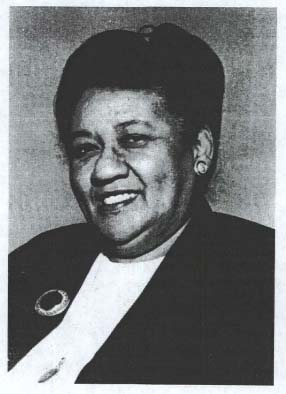 Helen Grey Edmonds was born in Lawrenceville, Virginia on December 3, 1911. Her parents were John Edmonds and Ann Williams Edmonds. John Edmonds was a successful businessman. And her parents stressed the importance of education. She attended Morgan State College, an HBCU in Baltimore, Maryland. She studied history and graduated in 1933 with a B.A. After graduation, Edmonds taught for a year at the Virginia Theological Seminary and then assumed the position of Dean of Women at Saint Paul’s College in her hometown of Lawrenceville. She then moved to Columbus, Ohio to pursue graduate studies at Ohio State University, earning her Master's in 1938. In 1946 she became the first African American woman to earn a Ph.D. from Ohio State University.

In 1947 she joined the history faculty at North Carolina College in Durham (now North Carolina Central University). She had a long and successful career at the college. She taught history, served as Dean of the History Department and as Dean of the College of Arts and Sciences. She guided and advised student groups and clubs. And she contributed widely to other campus activities and initiatives. During her career, she lectured at more than 100 colleges and universities. Following her retirement in 1977, she joined the Board of Trustees.

Edmonds is also especially noted for her ground-breaking contribution to recovering the history of the 1898 white supremacist coup in Wilmington, North Carolina. The coup was followed by the massacre of tens to hundreds of African American residents in the city. Her work on this history was first exposed in her 1947 Ph.D. dissertation The Negro and Fusion Politics in North Carolina, 1894-1901. A few years later in 1951, it was published in book form by the University of North Carolina Press. She was the first scholar to challenge ideas about the events of November 1898 in Wilmington. Her book described the state-wide white supremacist effort to undermine the fusion government where blacks and whites had shared power. She researched and described the systematic efforts to limit African American political power. At the time, her work was dismissed as inaccurate and dramatized. Over the past twenty years historians have continued the work to uncover a more accurate narrative of the coup, subsequent massacre of Blacks in the city and the stripping of political power and rights from the state's Black citizens.

Ms. Edmonds also contributed at the local, national, and international level to many social and civic causes. She was active in national Republican Party efforts. And she was a member of the U.S. Armed Forces Defense Advisory Council on Women. She chaired the U.S. Delegation to the U.N. in 1970, and she served on the Peace Corps’ National Advisory Council. She was an active member of several African American women’s organizations, as well as the NAACP. She served in a number of appointments by the U.S. Department of State and on the Board of Directors for the first United Nations conference on women, held in Mexico City, in 1975.

Before her death she received many awards and honorary degrees from schools and institutions across the United States, around the world, and closer to home, including being named a North Carolina Distinguished Woman in 1986 by the North Carolina Council for Women. Remembered by Dr. Freddie Parker of the Department of History at North Carolina Central University, Helen Edmonds was a gifted researcher and teacher, mentored a generation of students and developing historians, and shared her struggles for the benefit of others: "she persevered and succeeded in a time when she was not supposed to make it."  Helen Edmonds died on May 9,1995 at the age of 83 in Durham, North Carolina.

North Carolina Council for Women. "Women of the century: a commemorative program of the Distinguished Women of North Carolina Awards Banquet." March 14, 2000. https://digital.ncdcr.gov/digital/collection/p249901coll22/id/307211/rec/7