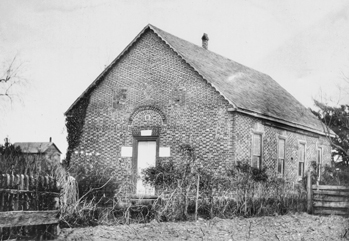 John Garzia, Anglican clergyman, is thought to have been a native of Spain. Some time before 1723 he was in charge of a Roman Catholic parish, presumably in England. By that year he had become an Anglican and was referred to as a protégé of one Dean Norcourt. By order of the bishop of London, the Reverend Mr. Garzia received the King's Bounty for transportation to the Bahamas on 9 Aug. 1723. Soon afterward, at Gravesend, he boarded the Hanover, a ship under charter to Mrs. George Phenney, wife of the governor of the Bahama Islands. However, Garzia left the ship at Cork after being charged with the theft of a chalice from a Roman Catholic church where he had formerly officiated. When he disembarked, he also took a box of books the bishop of London had donated for a library at Harbor Island in the Bahamas.

Garzia seems to have resolved his difficulties in Cork, for a few months later—on 8 Apr. 1724—he again received the King's Bounty, this time for Virginia. After Garzia's arrival in that colony, Commissary James Blair wrote the bishop of London from Williamsburg on 17 July 1724 that Garzia had been sent to Lower Norfolk and that he, Blair, feared that his imperfect English might antagonize some. Garzia did not remain long in Lower Norfolk, as he served North Farnham Parish in Richmond County on the Rappahannock from 1725 to 1732. He then moved to North Carolina. Commissary Blair and Governor William Gooch both gave him a certificate of good character, dated 17 Mar. 1733, when he left Virginia. The available records in Virginia reveal little of his life there. Some years later, he petitioned the Society for the Propagation of the Gospel to pay him the allowance promised for instructing Negroes in Virginia according to directions from the Reverend Thomas Bray.

On arriving in North Carolina in 1733, Garzia became rector of St. Thomas Parish, Beaufort County. The following year, construction was begun on the parish church in the town of Bath. This building, St. Thomas Church, is the oldest standing church in North Carolina and one of the oldest in the United States. On 8 May 1735 the rector wrote the bishop of London asking him to secure a gift of Bibles and church furnishings. Earlier, when the colonial Assembly met in Bath on 11 Feb. 1735, Garzia was voted £20 for performing divine service and preaching a sermon before the governor, council, and Assembly on the previous Sunday.

In the beginning, Garzia was engaged by the vestry of St. Thomas Church, which later had difficulty paying his salary. On 10 Oct. 1734, the vestry petitioned the Society for the Propagation of the Gospel in London that Garzia, who was then serving as its rector, be appointed a missionary of the society. At this time the organization maintained only two missionaries in the province. On the death of the Reverend John Boyd in 1739, Garzia was appointed missionary for that part of North Carolina north and east of the Neuse River. Apparently, fifteen years in North America had not improved the clergyman's command of the English language, for the Reverend George Whitefield, one of the founders of Methodism, on meeting Garzia in Bath in 1739 commented that he could scarcely be understood.

Garzia died from a fall from a horse while visiting the sick, leaving a widow, Mary, and three small children. On 9 July 1748 the Reverend Clement Hall, another society missionary, reported to London that "the widow Garzia" was in low circumstances because creditors had sold all her land and houses. The society accordingly awarded her a small pension. Still in the possession of St. Thomas Church is a silver chalice, 9 3/8 inches high, which is thought to date from 1700. It is inscribed, "D. D. Johannes Garzia, Ecclesiae Aglicanae Presbyter," and may have some bearing on the chalice that figured earlier in Garzia's career.

Marshall D. Haywood, The Lives of the Bishops of North Carolina (1910).