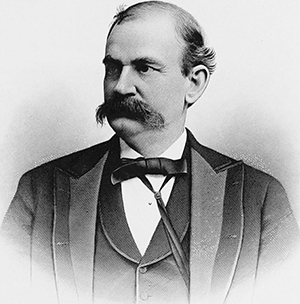 Wharton Jackson Green, lawyer, soldier, planter, politician, congressman, and author, was born near St. Marks, Leon (now Wakulla) County, Fla., the only child of General Thomas Jefferson Green of Warren County and Sarah Angeline Wharton, daughter of U.S. senator and congressman Jesse Wharton of Nashville, Tenn. His maternal grandmother, Mary Phillips, had migrated to Tennessee from Edgecombe County with her parents. Young Green was named for his father's old and honored friend Andrew Jackson, his mother's maiden name being added later. After her death when he was four years old, he lived for ten years in the family of his maternal uncle, Joseph Wharton, on his plantation in Middle Tennessee where Green's education was started in a neighborhood school. When he was about fourteen, he spent a few months at the home of his eighty-year-old paternal grandmother near Ridgeway, Warren County, and studied Spanish under his father's old prisonmate, Captain Dan Henrie. He then accompanied his father as far as Washington, D. C., in 1845 on General Green's way to New York in connection with the publication of his book about the Mier Expedition. After introducing him to his many friends in Washington (including President James K. Polk), the general left his young son at the old United States Hotel to share a room with Dr. Branch T. Archer, "the father of the Texas revolution." Later Green was placed under the supervision of Jefferson Davis at a boarding house where a number of members of Congress lived, including John C. Calhoun.

In 1846, he entered Georgetown College as a boarding student. From 1847 to 1848 he attended the classical and English academy in Raleigh, N.C., operated by J. M. Lovejoy; and in 1849, Stephen M. Weld's select preparatory school near Boston, Mass. Green's appointment to the U.S. Military Academy at West Point was approved simultaneously with the admission of California as a state (September 1850), at which time his father's address was given as Sacramento. After three years at West Point, where the alumni records list him as Jackson Wharton Green, he studied law at the University of Virginia (where he was a member of the Jefferson Literary Society) and at the newly established Cumberland University at Lebanon, Tenn. On admission to the bar in 1854, he began practicing in Washington, D.C.; he was admitted to practice in the United States Supreme Court, and became a junior partner with the law firm of Robert J. Walker (former secretary of the Treasury) and Louis Janin.

After Green's marriage—at Montmorenci, Warren County, on 4 May 1858—to Esther Sergeant Ellery, the only child of his stepmother, he and his bride spent over a year traveling in Europe and Africa. Upon their return, they went to their country place in Jamaica Plain near Boston where their oldest child, Sarah Wharton, was born on 19 July 1859. When they settled at Esmeralda, their North Carolina home, with their one-month-old baby, Green engaged in agricultural pursuits and bred racehorses. Sarah Wharton Green later married Pembroke Jones and, secondly, Henry Walters, both of Wilmington. Their second daughter, Adeline Caroline, never married and their youngest daughter, Mable Ellery, married George Blow Elliott, also of Wilmington. Their only son died in infancy.

At the outbreak of the war, Green enlisted in the Warren Guards, Company F, Twelfth Regiment, North Carolina Troops, C.S.A. (Second Regiment, North Carolina Volunteers), which was one of the first three companies to report to the camp of organization in Raleigh. In two months he was appointed colonel in General Henry A. Wise's legion and raised and equipped a regiment. On 8 Feb. 1862, he was captured on Roanoke Island and paroled at Elizabeth City the same day. He later served as a volunteer aide on the staff of General Junius Daniels and as lieutenant colonel of the Second Battalion of North Carolina Infantry. Green was wounded at Washington, N.C., and again at Gettysburg where he was captured and detained at Johnson's Island, Ohio, until within a week of the surrender.

Returning to Esmeralda, Green renewed his interest in agriculture and became involved in politics. He was the first president of the Society of Confederate Soldiers and Sailors in North Carolina, and was a delegate to the Democratic National conventions in 1868, 1872, 1876, and 1888. In 1879, he bought the 469 acres of Tokay Vineyard near Fayetteville and moved there the next year, becoming deeply interested in viticulture. His wife did not live long in their new home, dying on 15 June 1883. The same year he was elected to represent the old Third North Carolina district in the Forty-eighth Congress. During that session two of his daughters lived with him at the hotel in Washington. On his reelection to the Forty-ninth Congress, Green rented a house in Washington where his oldest daughter, then Mrs. Pembroke Jones, kept house for her father and sisters. On 29 Oct. 1888, the year after completing his two terms in Congress, he married, at Tokay, Mrs. Adeline Currier Davis, widow of Judge David Davis and first cousin of his previous wife. There were no children by this marriage. Thereafter Green devoted his energies to the cultivation of his vineyard and to literary pursuits. During this time he published his Recollections and Reflections. He died at Tokay Vineyard and was buried in Cross Creek Cemetery, Fayetteville. 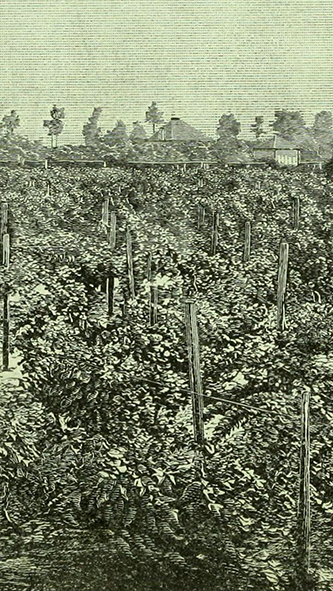 John H. Oates, The Story of Fayetteville and the Upper Cape Fear (1972).