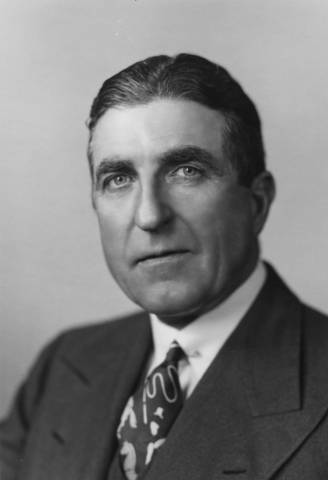 Robert March Hanes, banker, legislator, government official, and business and civic leader, was born in Salem, one of eight children of John Wesley and Anna Hodgin Hanes. After attending the local public schools, he enrolled at Woodberry Forest School, Va., in 1907 and was graduated with honors from The University of North Carolina in 1912. He studied at the Harvard University School of Business Administration in 1912–13. In 1945, The University of North Carolina awarded him an honorary LL.D. degree.

Hanes's business career began in 1913, when he was secretary-treasurer of the Crystal Ice Company in his native city. It was interrupted in 1917 for military service in World War I. After training at Fort Oglethorpe, he went to France as a captain in the 113th Field Artillery and saw action at St. Mihiel, the Argonne, and with the First and Second Armies. He was discharged as a major after a distinguished war record.

In 1919, Hanes joined the Wachovia Bank and Trust Company. It was the beginning of a long relationship that identified him with the expansion and growth of the bank to the largest in the Southeast. He became a vice-president in 1920, served as a loan officer in the Winston-Salem office during the next few years, and was then elected administrative vice-president, working closely with Colonel Francis H. Fries, Wachovia's president, in the overall affairs of the system. Following the death of Fries in 1931, Hanes was elected president of the bank. He retired twenty-five years later and became honorary chairman of the board.

A Democrat, he represented Forsyth County in the 1929 and 1931 state House of Representatives and in the 1933 Senate. As a legislator he emerged as a strong leader in the fight for adoption of a sales tax in 1933.

Hanes held top leadership posts within the nation's banking associations. In 1928, he was elected third vice-president of the North Carolina Bankers Association and became its president in 1931. In the difficult days of the Great Depression and thereafter he held a steady hand on banking matters, reflecting qualities that commanded the respect of financial, business, and governmental circles alike. To assist banks during the depression he was instrumental in the development of the National Credit Association, the forerunner of the Reconstruction Finance Corporation. Nationally, he became a leader in the American Bankers Association, held many important committee positions, and in 1939 concluded as the association's president, the first North Carolinian to serve in that office. As a prominent spokesman for banking in the United States, Hanes was acclaimed at home and abroad as an able advocate of the American system as the threat of global conflict was developing. In 1945, he was elected president of the Association of Reserve City Bankers. He was offered the presidency of the Chase National Bank of New York (later the Chase Manhattan Bank) but declined to accept. 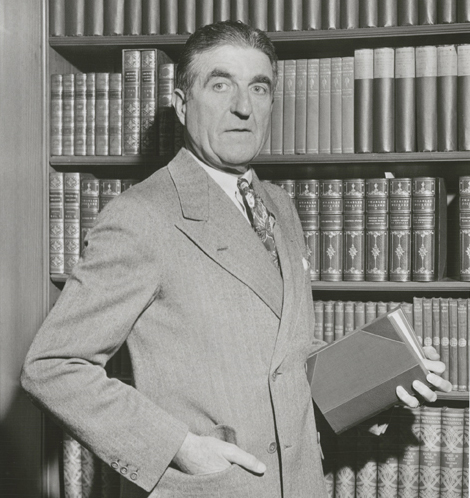 As a civic leader, Hanes served on the board of the North Carolina State Sanatoriums. In 1946–47 he helped organize the Business Foundation of The University of North Carolina, and served two years as its president. He was also prominent in the establishment of the North Carolina Citizens Association. In 1948, he was appointed to the State Education Commission. He was named to the Board of Conservation and Development in 1952 and served as chairman of the Commerce and Industry Division. At the national level, he was district chairman of the federal Committee for Economic Development, adviser to the finance section of the Navy Department's Office of Procurement and Materiel, and chairman of the finance department committee of the Chamber of Commerce of the United States. He was also active on national committees for the Community Chests of America.

The zenith of his citizen-statesmen career was reached in April 1949, when the U.S. government named him chief of the Belgium-Luxembourg Mission of the Economic Cooperation Administration with headquarters in Brussels. Six months later he was appointed economic adviser to the high commissioner of West Germany and chief of the Economic Cooperation Administration, ending his service in 1951.

Hanes then took a leadership role to organize the state's Research Triangle program in the Raleigh-Durham-Chapel Hill area, serving as chairman of the committee for its development. Failing in health, he attended a special meeting in Raleigh on 10 Jan. 1959, at which Governor Luther H. Hodges announced that Hanes had been elected chairman of the board of the Research Triangle Foundation and that a $1.5 million fund had been assured for the project. Further, Hodges said that $300,000 had been raised for the first building, which was to be named in honor of Hanes.

Hanes was a trustee of The University of North Carolina, the Morehead Foundation, Salem College, and Winston-Salem Teachers College, as well as the head of numerous civic organizations in Winston-Salem. He was a member of the Centenary Methodist Church.

On 3 July 1917, Hanes married Mildred Borden of Goldsboro. They had two children, Sarah Anne and Frank Borden. He died in Winston-Salem at age sixty-eight and was buried in Salem Cemetery. The Wachovia Bank and Trust Company, Winston-Salem, owns a portrait of him.