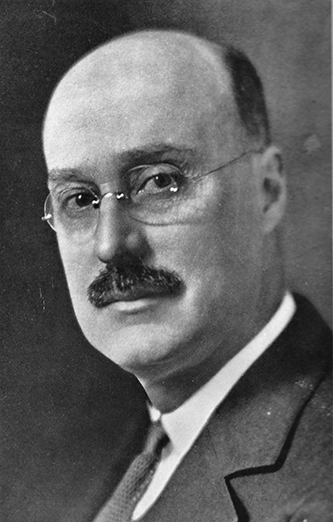 William Mayhew Hendren, lawyer, was born in New Bern, the son of the Reverend Linville L. Hendren, Methodist Episcopal Church, South, and Mary Elizabeth Mayhew Hendren. Through his maternal line he was a direct descendant of Thomas Mayhew, governor and patentee of Martha's Vineyard, Nantucket, and Elizabeth Isles, Mass., who began a settlement at Edgartown, Martha's Vineyard, in 1642.

Young Hendren received his elementary and preparatory education in various public schools in North Carolina and at the Hill School in Statesville. He attended The University of North Carolina as an undergraduate from 1890 to 1892, then returned to study law from 1893 to 1895. Admitted to the North Carolina bar in 1894, he joined the Winston (now Winston-Salem) firm of Glenn and Manly in 1896, which then became Glenn, Manly and Hendren. For more than forty years he was a partner in this and the successor firms of Manly and Hendren (1905) and Manly, Hendren and Womble (1911). He was senior partner of the latter from 1929 until the time of his death. The firm engaged in general civil practice, specializing in corporation, insurance, and banking law. It was counsel for the R. J. Reynolds Tobacco Company, Wachovia Bank and Trust Company, P. H. Hanes Knitting Company, Chatham Manufacturing Company, Security Life and Trust Company, Pascal Mirror Company, Haverty Furniture Company of Winston-Salem, and Rawls Dickson Candy Company.

Hendren was a member of the board of directors of the Wachovia Bank and Trust Company and of the Security Life and Trust Company. He raised money for good causes in Winston-Salem, notably for the fund to build Baptist Hospital. A Democrat, he represented Forsyth County in the North Carolina Senate in 1931–32. He was a member of the Forsyth County Bar Association, the North Carolina Bar Association (president, 1925–26), the American Bar Association (general council, 1932–35), Delta Kappa Epsilon, Rotary International, Knights of Pythias, Forsyth Country Club, Twin City Club (president, 1919), and Cosmos Club. A member of the Centenary Methodist Church, he served on the Board of Stewards and for many years taught the Men's Bible Class.

In 1966 his daughters made a gift honoring their father to The University of North Carolina Law School to furnish a seminar room.

J. C. Schwarz, ed., Who's Who in Law, vol. 1 (1937). Information on Hendren is in the possession of Office of Records and Registration, University of North Carolina, Chapel Hill.