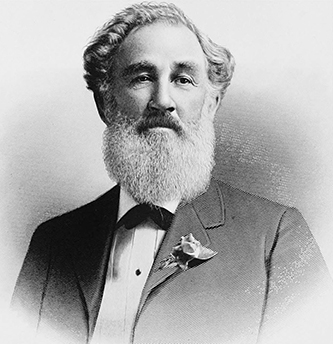 William Jackson Hicks, farmer, machinist, carpenter, industrialist, and architect, was born in Spottsylvania County, Va., the son of Martin (1789–1848[?]) and Nancy Pendleton Hicks (d. 1830), daughter of Robert Pendleton of Spottsylvania County. His great-grandfather, Peter Hicks, was born in England in 1720 but settled in Spottsylvania early in adulthood and became a farmer and sheriff of the county. His grandfather, also Peter Hicks, fought in the Revolutionary War and was sheriff of the county for a number of years.

Hicks entered school at age thirteen but left, due to the long illness of his father, to manage the family farm. After his father's death, he continued to operate the farm for a short time. In the winter months he studied to further his education.

Always fond of mechanical work, Hicks soon was engaged in quarrying stone and stone cutting. During this time he also became interested in the business of a millwright and in carpentry, fields in which he developed a high degree of skill. In 1852 he was hired by Smith, Colby, & Company of New York to install a mining plant for the McGulloch Gold Mine in Guilford County; he then installed a plant for Garden Hill Gold and Copper Mills in the same county. After completing his work near Greensboro, he was employed by James F. Jordan & Company of Raleigh to assist in the installation of papermaking machinery for the Manteo Manufacturing Company on the Neuse River.

Hicks next turned his attention to house building until the Civil War. When the war began he was employed by Waterhouse & Bowes for the construction of the first powder mill in North Carolina, located on Smith's Creek five miles from Raleigh. After these mills blew up, he was employed by the same company to erect a second set of mills on Crabtree Creek, three miles from Raleigh. These mills continued to operate until the end of the war, when they were destroyed by Federal troops.

After the war Hicks entered the resin business and then returned to carpentry. In 1869 the state appointed him assistant architect and superintendent of construction of the new penitentiary near Raleigh, and in 1877 he was named architect and warden, a position he held for twenty-five years. Other buildings built by Hicks were the governor's mansion and the old Supreme Court and State Library buildings. After the penitentiary was completed, he eventually resigned his post there and entered into partnership with a Mr. Ellington of Raleigh. In 1898 he moved to Oxford to become superintendent of the Oxford Orphanage Asylum. However, he continued his ties with Raleigh, helping to establish the Raleigh Savings Bank of which he was a director for some years. He also was a member of the Agricultural Society and president of the North Carolina Building and Supply Company at Oxford.

Although never a member of the armed services, Hicks was affectionately known for most of his life as "Colonel Hicks." He was a staunch Democrat and an officer of the Masons. On 4 Mar. 1858 he married Julia Louise Harrison (13 Nov. 1887–8 Apr. 1912), daughter of John R. Harrison of Raleigh; they had eight children. After his death, his wife returned to the Hicks home in Raleigh, located at 304 West Edenton Street, at the intersection of Dawson Street, where she remained until her death.

He was married to Julia

He was married to Julia Louisa Harrison, not Julia Louise. His son John Martin Wilton Hicks was the treasurer of American Tobaco Company. His granddaughter, Mary Elizabeth Johnson was married to Dr. J Deryl Hart, professor of surgery at Duke University and later President of the University.