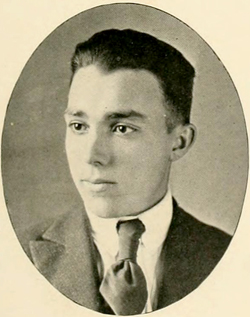 Hugh Talmage Lefler, historian and author, was born in Cooleemee, Davie County, the son of Charles Deems and Eva May Swicegood Lefler. After attending Weaver Junior College, he was graduated from Trinity College, Durham, in 1921 with honors in history and membership in Phi Beta Kappa. Receiving his master's degree at Trinity in 1922, he taught history in Greensboro High School for a year and then entered graduate school at the University of Pennsylvania where he received a doctoral degree in 1931. Lefler joined the faculty of North Carolina State College of Agriculture and Engineering in 1926 and remained there until 1935, when he became a professor of history at The University of North Carolina following the departure of Professor R. D. W. Connor to become archivist of the United States.

Proving to be a popular and effective teacher, he was named Kenan Professor in 1955. Prior to his retirement in 1972, he estimated that he had taught around 18,000 students in residence and many hundreds in extension courses. In the classroom he was both stimulating and entertaining, and although there might be as many as a hundred in attendance, each felt that Lefler was speaking directly to him. His sense of humor and his ability to recall appropriate stories to fit special occasions and to illustrate specific points were especially notable. In a variety of ways he served the university and the state well. He was a member of the board of governors of The University of North Carolina Press for nearly thirty years as well as of the administrative board of the School of Journalism and the advisory board of the Research Laboratories of Anthropology, and he served on numerous search committees for new faculty, hearing boards, and other faculty bodies. He was chairman of the editorial board of the James Sprunt Studies in History and Political Science and served as a member of the North Carolina Historical Commission, the Advisory Committee on Historical Markers, the editorial board of the North Carolina Historical Review, and the Historic Sites Commission. Editorial writers across the state relied on him for penetrating comments on events of the day, while feature writers found him a fount of knowledge concerning the state's history, geography, population, and problems in countless categories. When questions of fact or interpretation were raised, Lefler was called upon for the final and unquestioned answer. 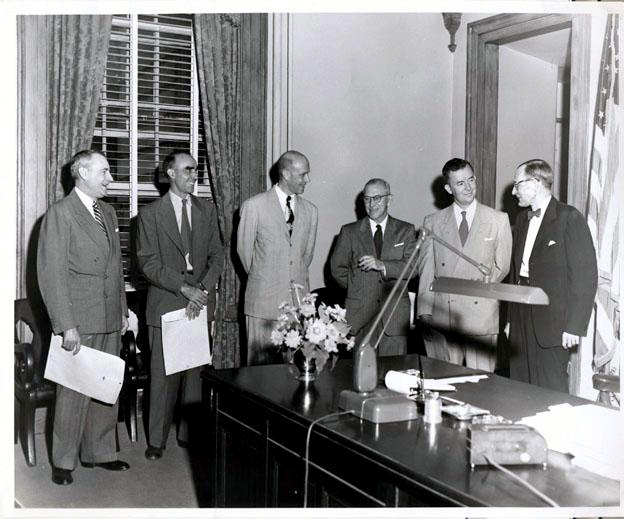 During summer sessions, Lefler was visiting professor at Duke University, the Woman's College of the University of North Carolina, the College of William and Mary, Syracuse University, and the University of Pennsylvania. He felt strongly that good teachers "kept alive" by doing research and publishing significant findings. He took great satisfaction in the success of his students, both undergraduates and graduates. During his nearly forty-year-tenure at Chapel Hill, he directed fifty-two master's theses and twenty-six doctoral dissertations.

Publications by Lefler were numerous and varied. He contributed to the major encyclopedias as well as to the Dictionary of American Biography, the Dictionary of American History, and Notable American Woman. With Oscar T. Barck, Jr., he was the author of three textbooks: Colonial America (1958 and 1968), A History of the United States, 2 vols. (1968), and The United States: A Survey of National Development, 2 vols. (1952). With A. R. Newsome he was the author of Growth of North Carolina (1940 and 1947), North Carolina: The History of a Southern State (1954, 1963, 1973, and 1976), and North Carolina: History, Geography, Government (1959 and 1966). With Aubrey Lee Brooks he was editor of The Papers of Walter Clark, 2 vols. (1948–50), and with Louis R. Wilson he completed R. D. W. Connor's Documentary History of the University of North Carolina, 1776–1799, 2 vols. (1953). With Paul Wager he was editor of Orange County, 1752–1952 (1953), and with William S. Powell he was author of Colonial North Carolina (1973). He compiled a pioneer bibliography, A Guide to the Study and Reading of North Carolina History (1955, 1963, and 1969), and he contributed the history section to the North Carolina Guide (1939 and 1955). He also contributed to Travels in the Old South: A Bibliography (1956). With a thorough introduction and extensive annotations, he edited John Lawson's New Voyage to Carolina (1967). He was the editor of an early Federalist document, A Plea for Federal Union (1948), and the author of a study of a fellow native of Davie County, Hinton Rowan Helper: Advocate of a "White America" (1935). Lefler published a two-volume History of North Carolina in 1956 and a History of the United States from the Age of Exploration in 1960. He contributed biographical sketches of North Carolinians to The Patriots: The American Revolution General of Genius (1975) and to Keepers of the Past (1965). His articles and edited documents appear in a number of historical journals.

Noted as an excellent tennis player, a successful fisherman, and a generous gardener who shared his flowers and vegetables with neighbors, he was a Rotarian and a member of the Episcopal church. He contributed two chapters on the early history of the church to The Episcopal Church in North Carolina, 1701–1959, published in 1987. In 1931 he married Ida Eley Pinner of Suffolk, Va., and they were the parents of two sons, Hugh T., Jr., and Charles Deems. He was buried in the old Chapel Hill Cemetery.