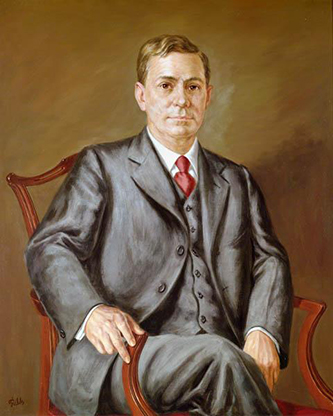 Robert Digges Wimberly Connor, historian and archivist, was born in Wilson, the fourth child and third son of the twelve children of Henry Groves and Kate Whitfield Connor. His father, an attorney, served as a member of the state senate and the house of representatives, of which he was speaker in 1899, and was a judge of the superior court, associate justice of the Supreme Court of North Carolina, and judge of the U.S. District Court.

Connor attended the public schools of Wilson and in 1899 received his Ph.B. degree from The University of North Carolina, where, in his senior year, he was editor-in-chief of all three student publications—the newspaper, the literary magazine, and the yearbook. From 1899 to 1903 he was engaged in public school work at Winston, Oxford, and Wilmington, and from 1904 to 1907 he served as secretary of the educational campaign committee in the office of the superintendent of public instruction.

In 1903, Connor was appointed by Governor Charles B. Aycock to membership on the newly established North Carolina Historical Commission; for four years he served as the unsalaried secretary of the commission. Recognizing that a larger appropriation and more comprehensive legislation were needed for the historical commission to become an effective historical agency, Connor prepared and had published in 1906 an ambitious plan providing the basis for a new legislative act the following year. He then accepted the salaried secretaryship of the historical commission and during the next fourteen years was primarily responsible for the development of one of the nation's outstanding state historical agencies. In 1943 the commission became the North Carolina State Department of Archives and History, characterized by Connor's long-time friend and colleague Waldo Gifford Leland as "a model historical agency, and a living monument to Robert Connor." In addition to his official duties, Connor was secretary of the North Carolina Teachers' Assembly from 1906 to 1912; president (1912) and secretary (1913–20) of the North Carolina Literary and Historical Association; member (1913–20) and secretary (after 1915) of The University of North Carolina Board of Trustees; president of the General Alumni Association of the university from 1917 to 1921; and, during World War I, member of the National Board of Historical Service.

During the academic year 1920–21, Connor was on leave for graduate study at Columbia University. Shortly after his return to North Carolina he resigned as secretary of the historical commission, noting that he had "seen the Commission grow from nothing but an idea and a hope to its present position of importance and influence among its kind in the United States." He accepted the Kenan Professorship in History and Government at The University of North Carolina, where he soon became identified as one of the university's most popular teachers and most productive scholars. A colleague wrote, "Careful preparation of lectures, systematic organization of materials, clarity and wit in presentation were characteristic of his teaching."

Connor's contributions to the field of archival administration were not forgotten, however, for when the position of archivist of the United States was created in 1934, the executive committee of the American Historical Association asked to be permitted to recommend his name to President Franklin D. Roosevelt. At first Connor declined but, upon prodding by J. Franklin Jameson and other leaders of the association, he yielded; on 14 July 1934, Jameson wrote President Roosevelt that Connor was "a man of great administrative capacity, a man of force and character who would wish and would be able to place the new institution on a high level and maintain it there, a man of affairs and action, yet one of quiet and agreeable ways, who has shown by his success in dealing with the North Carolina Legislature the tact and considerate spirit which a novel institution like the National Archives will require. . . . " Three months later the chief executive offered and Connor accepted the position. 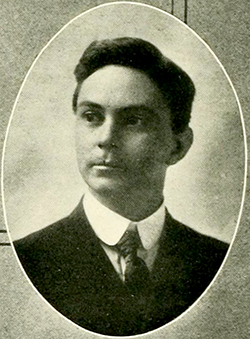 The tasks confronting the first archivist of the United States were monumental: the building was not yet finished; a staff had to be employed and trained; a 150-year backlog of records had to be assembled, arranged, and made available to researchers; and both government officials and the public had to be educated to the meaning of what to most of them was a vague word—"archives." That Connor succeeded was attested by Roosevelt, who, upon Connor's resignation in 1941, wrote, "As the first Archivist of the United States you have not only laid the foundation but have built the actual structure of an extremely important and permanent repository for American historical source material. Your record is one which will always be acclaimed with well-deserved appreciation." Connor later recounted some of his vicissitudes in an article, "Adventures of an Amateur Archivist," in the 1943 American Archivist.

Connor thus earned the distinction of being the first archivist of both his native state and his nation. But his desire to return to the classroom drew him back to Chapel Hill in 1941, in the newly established Craige Professorship of Jurisprudence and History. He continued his teaching until his retirement in 1949, but his archival interests led him to the presidency of the Society of American Archivists (1941–43) and to the chairmanship of the North Carolina Historical Commission (1942–43) and of the executive board of its successor, the Department of Archives and History (1943 until his death).

An inspiring teacher and pioneering archivist, Connor made yet another contribution to scholarship through his many writings. His first major work, Cornelius Harnett: An Essay in North Carolina History (1909) won the Patterson Memorial Cup, and his Makers of North Carolina History (1911) was for many years a basic public school textbook. In 1919 he joined with two other outstanding North Carolina historians, J. G. deRoulhac Hamilton and William K. Boyd, in a three-volume History of North Carolina; Connor furnished the first volume, covering the colonial and revolutionary periods. His most ambitious work, however, was the two-volume North Carolina: Rebuilding an Ancient Commonwealth (1929), the best standard state history published to that time. His bibliography was extensive, including dozens of articles. He also edited numerous issues of the North Carolina Manual, including the one for 1913, which was perhaps the most frequently used book published in North Carolina before the middle of the twentieth century. Connor has been characterized by a colleague as "amongst that small group which in the twentieth century for the first time began the literary production by North Carolinians that attracted more than local distinction in quantity and quality."

Annual Reports of the Archivist of the United States, 1934–42.