James Owen, legislator, state official, U.S. senator, and promoter, was the oldest son of Thomas and Eleanor Porterfield Owen of Bladen County. He was the brother of Governor John Owen. Following his formal education at the celebrated Bingham School in Pittsboro, James took over the farming interests of his father at Milton plantation on the Cape Fear River, which he inherited at Thomas Owen's death in 1806. He was elected to the state House of Commons in 1808. After leaving that office in 1811, he was active in the state militia, in which he served as an adjutant general during the War of 1812. Evidently successful as a planter, he continued to add to his inheritance in land and slaves. In 1817 he won a seat in the U.S. Senate. Returning to North Carolina in 1819, he devoted the remainder of his life to his farming and business interests.

Appointed collector of customs at Wilmington, Owen divided his time during the 1820s between his plantation and his official duties. A devoted Presbyterian, he was a leading member of Fayetteville's First Presbyterian Church and an officer in the Fayetteville chapter of the American Bible Society. In 1835, having become interested in a project to bring a railroad to Wilmington, Owen sold his plantation and moved his family to the city. As a member of the railroad's board of directors, he took a hand in altering the original plan for building the line between Wilmington and Raleigh, settling instead upon a route to Weldon. Linked at Weldon with lines reaching major northern markets, the Wilmington and Weldon's 161 1/2 miles of rails made it the longest line in the world at its completion in 1840. When Edward B. Dudley resigned that year as president of the railroad to become governor of the state, Owen succeeded him. The heavy costs of completing the final portions of the line, however, had apparently drained Owen's own financial resources, and he was able to retain little of his property after resigning as head of the railroad in 1841. 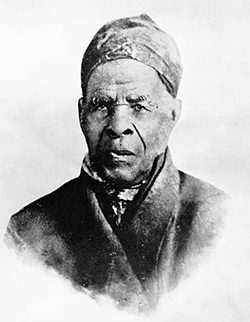 For long periods during his later life, Owen was frequently absent from Wilmington, giving his attention mainly to a plantation he owned in Alabama. He was in Wilmington, however, on several notable occasions, as when he served on reception committees for Henry Clay in 1844 and James K. Polk in 1849 and 1854. Owen remained spasmodically active in the political and religious life of the Wilmington area, having joined the First Presbyterian Church when he moved there. He also was in Wilmington at the outbreak of the Civil War but appears to have moved during the war to the plantation—Owen Hill—of his late brother, just opposite Milton on the Cape Fear River. He died and was buried at Owen Hill, having outlived his wife, Eliza Mumford Owen, by twenty-four years. He was survived by five of his seven children. His remains were later reinterred in Oakdale Cemetery, Wilmington.

An interesting association was that of James Owen with his Muslim slave, Omar Ibn Said, known to the Owen family as "Moro." Owen purchased Omar, then a fugitive runaway, at the Fayetteville jail in 1810 and continued as his master until the servant's death in 1864. Through the Owens, Omar, a product of Koranic schools in Senegal, was converted to Christianity and became a regional celebrity as a result of his scholarly habits and dignified decorum.