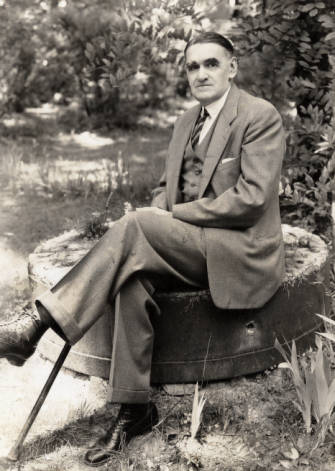 Joseph Hyde Pratt, geologist, conservationist, and state and local civic leader, was born in Hartford, Conn., the son of James Church and Jennie Abby Peck Pratt of the Peck and Hyde families of Norwich, Conn. Both parents were descendants of the Puritan settlers and New Englanders by birth, but James Pratt had strong Southern ties and served as a colonel in the Confederate army.

Joseph Pratt attended the Hartford public schools and the Sheffield School of Yale University. He carried with him to Yale a youthful interest in chemistry and mineralogy, and it was through his studies that he traveled to the western North Carolina mountains during the summer of 1892 with Dr. S. L. Penfield of Yale and North Carolina state geologist J. A. Holmes on a mineral collecting trip for the state exhibition at the Chicago World's Fair. After 1892 Pratt made frequent trips to the state. In 1893 he received his bachelor of philosophy degree at Yale and began graduate study in mineralogy, geology, and chemistry. During 1894 he was an assistant chemistry instructor at Yale and a mineralogy instructor at the Harvard summer school. He was awarded the Ph.D. degree in 1896.

Pratt gained recognition during the 1890s for many of his published studies and articles, an example of which was an 1895 report in the American Journal of Science that was described as "an elaborate and important piece of work." In the same year Pratt became an instructor in mineralogy at Yale.

Moving to North Carolina in 1897 to become assistant general manager of the Toxaway Company and to serve as a mineralogist for the North Carolina Geological Survey, he soon became state mineralogist, a post he held until 1906. In 1899 Pratt moved again, this time to Chapel Hill where he began teaching economic geology at The University of North Carolina. By 1900 he had over a hundred papers and several books in print, including his 300-page Corundum and the Basic Magnesian Rocks of Western North Carolina with J. V. Lewis of Rutgers. From 1899 to 1906 he was field geologist for the U.S. Geological Survey. Also in 1902 he was a special agent for the U.S. Census Bureau, and in 1906 he was appointed state geologist.

His work as state geologist resulted in the highlight of Pratt's career—the discovery of several minerals, including pirssonite, wellsite (with H. W. Foote), northupite, mitchellite, and rhodolite (with W. E. Hidden), the last being a gem mineral found only in North Carolina. Also in 1906 he was a member of the Commission of the Appalachian Forestry Reserve, a post that reflected Pratt's growing concern for the state's forests. He worked extensively for the passage of the Weeks Law, which authorized the acquisition of land for national forests. During this time he also began to push for state aid to improve road conditions and served for a while as secretary of the new State Highway Commission. Pratt also participated in the Buffalo, Jamestown, Charleston, Portland, and St. Louis expositions, where he sat on several committees and where his private mineral and gem collections won gold medals. 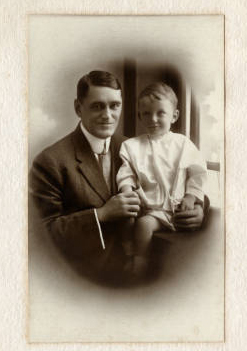 On 24 July 1917 Pratt, who had been in the state National Guard since 1913, entered the army. He had a distinguished career in World War I, eventually attaining the rank of colonel in command of the First Battalion of the 105th Engineers, succeeding Brigadier General H. B. Ferguson. He saw action on the front lines in Ypres sector, Flanders, and in Belgium; he was also at the Somme offensive and was part of the famous Thirtieth "Old Hickory" Division, the first to break the Hindenburg Line. Upon his discharge on 12 June 1919 he received the Distinguished Service Medal. Pratt's "War Diary," consisting of daily letters to his wife and son from 1918 to 1919, was published in book form some years later. But the war had taken its toll, and because of ill health he was hospitalized for three years and had to resign as state geologist in 1924 and from teaching in 1925.

Nevertheless, Pratt continued his vigorous leadership in organizations ranging from the North Carolina Symphony Society to the Chapel Hill Red Cross, to being regional engineer for the Civil Works Authority, the Federal Emergency Relief Administration, and the Resettlement Administration in the 1930s. He published on subjects ranging from peat and swamplands, to oystering, to using convict labor in building state roads. He continued his pioneering efforts on behalf of preserving forests, developing good roads, and establishing a state fisheries commission and belonged to numerous societies and professional bodies. He organized the Southern Forestry Congress, the North Carolina Forestry Association, and the Good Roads Association, among others.

In 1940 Pratt was honored as Chapel Hill's Most Valuable Citizen of the Year. In his later years he also occupied himself by collecting stamps and working for the Democratic party and the Episcopal church. Following his death, he was awarded an honorary doctorate of engineering from the North Carolina State College of Agriculture and Engineering. He had also received an honorary master of arts degree from Yale in 1923.

Pratt was married twice, first on 5 Apr. 1899 to Mary Dicus Bayley of Springfield, Ohio; they were the parents of Joseph, Jr. After her death he married, on 29 Aug. 1930, Harriet White Peters of Baltimore, Md.

Archibald Henderson, "In Memoriam: Joseph Hyde Pratt" (delivered at the annual session of the North Carolina Society for the Preservation of Antiquities, 2 Dec. 1942).