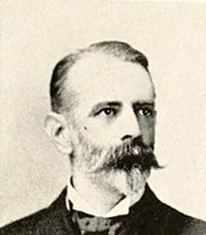 William Stuart Primrose, businessman and North Carolina State College official, was born in Raleigh, the son of John and Eliza Tarbox Primrose. His father, a native of Scotland, was a merchant; his mother, a native of Hebron, Conn., went to Raleigh as tutor for the children of John Devereux. Young Primrose's earliest education was in Raleigh, after which he attended Davidson College for one year; otherwise, he was self-educated. As a young man he was assistant cashier of the State National Bank (1874–78), of which he later became a director. His interest in business inspired him to advocate and support the State Exposition of 1884, and he was elected president of the sponsoring body. When the North Carolina Home Insurance Company was organized, he was elected secretary and in 1885 he became president.

As a member of the influential Watauga Club in Raleigh, a group of the state's leading citizens who sought ways to advance North Carolina, Primrose is said to have been the first person to propose creation of what became North Carolina State College of Agriculture and Engineering. Because he did not have a college degree, he twice declined to be a candidate for president of the college. Nevertheless, he was a strong supporter of the institution and served as president of its board of trustees for twenty years. A building on the campus was named for him. He also served on the board of trustees of Peace Institute and of Davidson College.

Primrose, like his parents before him, joined the Presbyterian church as a youth. At age twenty-eight he became a ruling elder of Raleigh's First Presbyterian Church, a position he would fill for the remainder of his life. He also served as superintendent of the Sunday school and sang in the choir. He was an active Mason.

W. S. Primrose was also a member of the State Board of Agriculture.

Papers in the possession of George London, Raleigh.