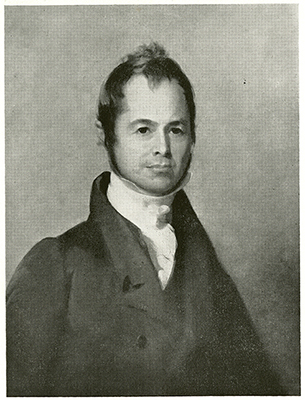 Joseph Blount Skinner, lawyer, legislator, planter, and pioneer in the fishing industry, was born at Harveys Neck, Perquimans County, the eldest of thirteen children of Joshua and Martha Ann Blount Skinner. His father, of Quaker parentage, was a successful planter. His mother was a descendant of James Blount, the first of the name to settle in North Carolina. The Reverend Thomas H. Skinner, founder of Union Seminary in New York City, was a younger brother.

Skinner received his early instruction from tutors and local schools. In 1794 he entered Princeton University, where his performance was creditable; he stood well in his studies and in his teachers' esteem. He contracted certain debts, however, which were considered excessive by his strict and pious father, and after three years was called home to work on the family farm. Young Skinner performed his duties cheerfully and after two years was allowed by his father to begin the study of law under the tutelage of Governor Samuel Johnston. He lived at Hayes, the governor's home near Edenton, for two years, at that time the regular term of preparatory study, and in 1801 was admitted to the practice of law.

His endowments of application, independence of thought, and ability to judge men's characters stood him well in his new profession. He built up a successful and lucrative practice in Chowan and the neighboring counties. In 1804 Skinner represented Perquimans County in the House of Commons. He represented Edenton in that body in 1807, 1814, and 1815. In 1832 he was elected by the legislature to a seat on the Council of State but resigned in 1833. In 1833–34 he was a senator from Chowan. In 1814 Skinner had distinguished himself by his successful defense of the state bank. In 1835 he was a prominent member of the state convention for amending the constitution.

A recurrent chronic fever, probably malaria, forced his retirement from active practice of law in 1824. A second career, farming, engaged his energetic nature. His plantation, Beechwood, near Edenton became a model to his neighbors, and he an instructor, in scientific methods of farming. His greatest contribution to his part of the state, however, was in the fishing industry. Previously, herring and shad fishing had been confined to the shores of the rivers and creeks by individuals who set their own relatively short nets in these more protected tributaries of Albemarle Sound. Skinner envisioned the use of great nets set in the sound itself, and in the face of his neighbors' derision he experimented with nets of unprecedented length, hauled by teams of horses and mules harnessed to giant windlasses, and manned by teams of fifty or more slaves. His successful experiments are considered the beginning of the valuable herring and shad fishing industry, a chief source of prosperity to the Albemarle region. Chief Justice Frederick Nash and Governor James Iredell both gave him credit for this contribution in their obituary notices at his death.

Skinner counted among his friends some of the most eminent men of the state. Chief Justice Nash, who was his college mate at Princeton, Judge William Gaston, Governor Iredell, and Governor Samuel Johnston all enjoyed his unusual and forthright nature. Something of a character, he was the subject of many humorous anecdotes that give the picture of a complex but able man. He became an active Episcopalian and liberally supported that church's work.

On 16 Nov. 1804 he married Maria Louisa Lowther, the daughter of Tristrim and Penelope Dawson Lowther and the great-granddaughter of Governor Gabriel Johnston. They had three children, of whom two grew to maturity: Major Tristrim Lowther, a Confederate soldier who was killed at the Battle of Mechanicsville in 1862, and Penelope, who married Dr. Thomas Warren of Edenton. Two portraits of Skinner, painted in 1825 and 1837 by Thomas Sully, are owned by his descendants.

Increasing ill health and grief over the death of his wife marred his later years. He died in Edenton and was buried in St. Paul's churchyard.

Thomas H. Skinner, A Sketch of the Life and Character of the Late Joseph Blount Skinner (1853).