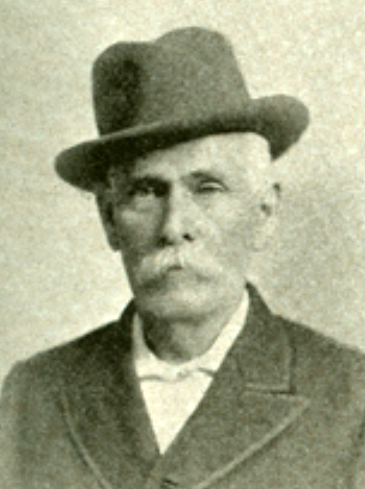 William Franklin Strowd, farm leader and congressman, was the son of Bryant and Martha Wilson Strowd, residents of Orange County. As a youth he attended Bingham School, High Hill Academy, and Graham Institute. Although there had not yet been a declaration of war, he and other young men of the area began organizing a company of volunteers on 6 Apr. 1861; on 22 April they met at Chapel Hill and enrolled for six months of active service. On 13 May in Raleigh the company was mustered into the state service with the designation Orange Light Infantry. Under the command of Richard J. Ashe it became Company D of the First Regiment of North Carolina Volunteers, commanded by Colonel D. H. Hill, who in July was promoted to the rank of brigadier general.

During the six months Strowd served with Hill's regiment, it was deployed mainly in the area between Richmond and Yorktown. Because all or most of the enlistments in the First Regiment were for only six months, the regiment was dissolved in the fall of 1861 and replaced by one designated Eleventh Regiment of North Carolina Regulars. In the meantime many of the soldiers had reenlisted in other regiments. Although Strowd is believed to have served—at least intermittently—as a private throughout the war, his name does not appear on any extant muster roll after he mustered out of Company D in November 1861.

On 18 Apr. 1861, on the eve of his departure for military service, Strowd married Louisiana Atwater, the daughter of Jahaza and Sally Stone Atwater. After completing his military service, he and his wife moved across the line into Chatham County to settle on a farm given to the bride by her father. There Strowd applied himself so diligently that he gained recognition both as an outstanding farmer and as a farm leader. In 1875 he was chosen as one of Chatham County's two delegates to the state constitutional convention called to undo some of the work of the carpetbag convention of 1868 and restore white supremacy. Although he was named a member of the Committee on Suffrage and Eligibility, his principal contribution was in the field of agriculture. First he presented a memorial from the State Grange of North Carolina urging the establishment of a State Department of Agriculture and later the report of the committee to which the memorial had been referred. The committee recommended that such a department be established, and in due course one was set up.

Four years of war had left the South prostrate, and all kinds of businesses had a long, hard struggle to recover any substantial degree of economic well-being. This was particularly true of agriculture. Southern farmers were in a critical economic condition continuously from 1868 to 1900. In fact, their condition progressively worsened as the price of the things they had to sell kept getting lower and the cost of the things they had to buy kept increasing. The price paid for cotton, for example, fell from one dollar a pound in 1868 to twelve cents in the seventies, nine cents in the eighties, and seven cents in the nineties.

The farmers attributed their distressed condition to the credit system, high and discriminatory freight rates, the country's tariff policy, the trusts, and unfair taxation. These complaints were not restricted to the South but were nationwide. Eventually the farm leaders became convinced that relief could come only through concerted action. To improve their bargaining position farmers must organize and launch a revolution, and this they did on a national scale. This "agrarian crusade" went through three stages: first, the organization of Granges, which emphasized education; second, the Farmers' Alliance, which promoted joint effort; and third, political action through a Populist (People's) party.

Strowd assumed a leadership role in all three stages of the agrarian movement, first at the county level and then at the state level. On 11 June 1892 a third-party convention in Chatham County, endorsed the Populist party, which had been organized at St. Louis in February. Delegates, including two blacks, were chosen to attend the upcoming Congressional District Convention and instructed to vote for the nomination of W. F. Strowd for Congress. At the convention held on 17 June, Strowd was nominated as the Populist candidate. In the November election, however, he was defeated by the Democratic incumbent. Nevertheless, in 1894 he won a seat in the U.S. House of Representatives as a Populist and was reelected in 1896. But he failed to get on the Fusionist ticket in 1898, this honor going to his brother-in-law, John W. Atwater, who won the election and thus became Strowd's replacement in Congress.

After four years in Congress Strowd returned to his Chatham County farm and gave his full attention to agricultural interests until 1908, when he moved to Chapel Hill to live with his son, Robert L., whose wife was Fannie Headen of Pittsboro. He died there and was buried in the Chapel Hill cemetery.