Harold Leonard Trigg, educator and college president, was born in Lynchburg, Va., the son of Frank and Ellen Preston Taylor Trigg. After attending Princess Anne High School, Md., he earned a B.A. degree from Morgan State College, Baltimore (1913), an M.A. degree at Syracuse University (1918), and several years later a doctorate in education at Columbia University. Following his graduation from Morgan State, Trigg taught mathematics at Bennett College, Greensboro, for three years. He served a year in the U.S. Army (1918–19), achieving the rank of sergeant major. After his discharge from the army, he took the position of professor of education at New Orleans College. 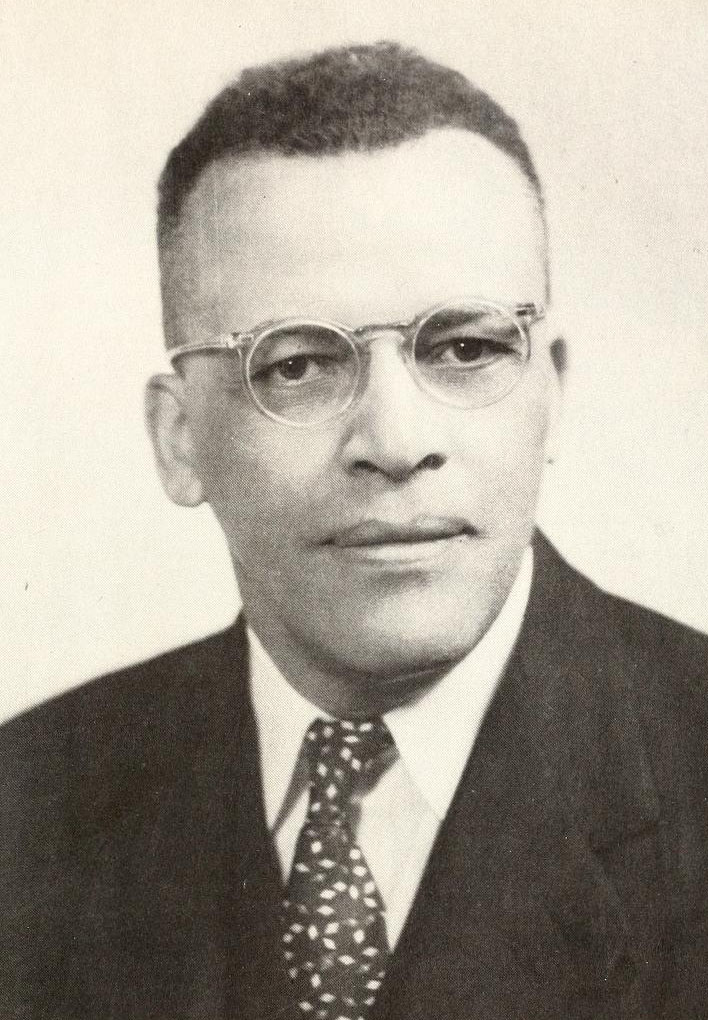 In 1921 Trigg moved to North Carolina, where he made his home for the next fifty years. After teaching at Winston-Salem Teachers' College for two years, he was principal of Berry O'Kelly School, Method (1923–26). He returned to Winston-Salem in 1926 to become principal of Columbian Heights Schools. His work in education was recognized in 1928, when he was appointed to the State Department of Public Instruction as supervisor of Negro high schools. Trigg held this position for eleven years except for a leave of absence to serve as associate director of the National Survey of Vocational Education and Guidance for Negroes in the U.S. Office of Education (1936–37).

On 13 Oct. 1939 Trigg was elected president of Elizabeth City State Teachers' College. When he assumed the presidency, the college was in the process of changing from a two-year to a four-year school, which he successfully completed. Despite wartime conditions during most of his administration, enrollment increased by 33 percent. On 25 Sept. 1945 President Trigg left his position to become associate executive director of the Southern Regional Council, Inc., with headquarters in Atlanta, whose primary objective was to improve racial and economic conditions in the thirteen southern states. After two years he resigned to accept the presidency of St. Augustine's College, Raleigh. Trigg was the first black and the first layman to hold this office since the founding of the college in 1867. During his administration (1947–55), academic standards were raised, the physical plant was enlarged and improved, and the Penick Hall of Science was built. Following his resignation as president on 6 Jan. 1955, Trigg became a lecturer at Livingstone College, Salisbury, continuing in the post until 1975. During this period he made his home in Greensboro, where he became an active member of the Church of the Redeemer.

In 1949 Governor Kerr Scott appointed Trigg to the State Board of Education, making him the first black to serve on that board. Regarding the appointment, the Asheville Citizen-Times commented: "Because of his wide experience as a teacher in the State, and his consequent knowledge of educational problems, in general and as they apply to his race, it seems to be the unanimous agreement that Dr. Trigg is admirably qualified." He remained on the board until 1973.

Trigg married Geraldine L. Nelson of Savannah, Ga., on 16 Sept. 1920, and they had three children: Leota Nelson, Mrs. Melva Camille Currier, and Dr. Harold L., Jr. In 1940 his alma mater, Morgan College, awarded him the honorary degree of doctor of education. An Episcopalian, he served on the board of directors of the National Conference of Christians and Jews. He was a member of the National Council of Family Relations, a thirty-third degree Mason, and a Democrat. In 1978 the Greensboro Daily News observed that Trigg's death was "a profound loss to Greensboro and to North Carolina. His career as one of the state's outstanding black educators touched both the public schools and higher education, distinguishing both by his leadership." He was buried in Forest Lawn Cemetery, Greensboro.