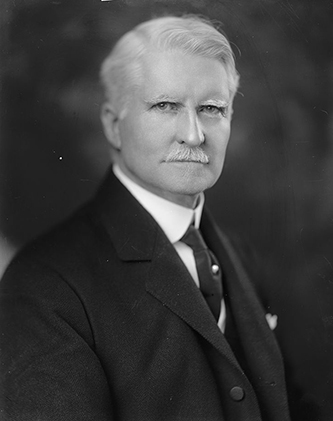 Lawrence Davis Tyson, soldier, lawyer, financier, and U.S. senator from Tennessee, was born on his father's plantation near Greenville, N.C. His ancestors had been in Pitt County since the 1720s, and he was the first son of Richard L. (d. 1879) and Margaret L. Turnage Tyson. His father, a cotton planter, owned twenty-one slaves and a substantial plantation in 1860 at age twenty-five and served briefly in the Confederate army. Shortly after the war, young L. D. Tyson received his initial education at a country school on the family farm with his two younger sisters, Julia and Ellen. War and emancipation greatly diminished his father's net worth, but the family's economic circumstances by 1870 remained well above average. Tyson entered Greenville Academy in 1873. At age seventeen he secured employment in Salisbury but soon won an appointment to West Point by competitive examination. Enrolling at the military academy in 1879, he was graduated in 1883 ranking fifty-first of fifty-two students, a standing that did not foreshadow his distinguished career.

Posted to the western frontier as a second lieutenant with the Ninth Infantry, he took part in various campaigns against the Apache Indians, including the capture of Geronimo. On 10 Feb. 1886 Tyson married Betty Humes McGhee, the daughter of Charles McGhee, a leading southern railroad financier of Knoxville. From 1891 to 1895 Tyson, by then a first lieutenant, was professor of military science at the University of Tennessee in Knoxville. Simultaneously studying law at the university, he received an LL.B. degree in 1894. Two years later he resigned his regular army commission to begin a law practice in Knoxville and become president of the Nashville Street Railway Company, the first of many business ventures he would found or head.

The trumpet sounded again for Tyson in the brief Spanish-American War of 1898. He received a presidential appointment as colonel of volunteer infantry, recruited and trained a regiment, took it to Puerto Rico, and served as military governor of a portion of that island for several months before being mustered out of the active service in mid-1899.

Returning to Knoxville, Tyson resumed his law practice for a few years but became increasingly involved in businesses of various sorts as well as politics and, to lesser extent, military matters. In textiles, he established and was president of the Knoxville Cotton Mills, Tennessee Mills, and Knoxville Spinning Company. He became a key officer in several coal- and iron-mining companies, a manufacturing concern, and a real estate company. He was a director of a number of other corporations and two banks. From 1902 to 1908 he was a brigadier general and inspector general of the Tennessee National Guard. He served in the Tennessee House of Representatives as a Democrat from 1903 to 1905 and was the first person to be chosen speaker in his initial term. There he obtained the first state funding for the University of Tennessee. A delegate to the Democratic National Convention in 1908, he was an unsuccessful candidate for the U.S. Senate in 1913, being defeated in the Tennessee legislature by a handful of votes. 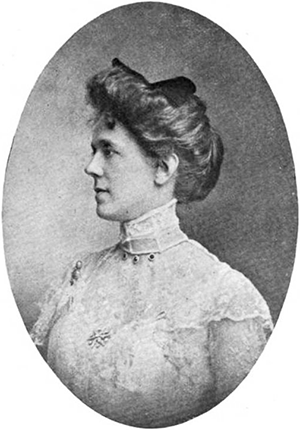 When the United States entered World War I, he was quartermaster general of the Tennessee National Guard. He volunteered again, and the governor placed him in command of all state guardsmen. Soon he received a commission as brigadier general in the national army and command of the Fifty-ninth Brigade of the Thirtieth Division, the "Old Hickory" division. After training in South Carolina, the brigade embarked for France in May 1918 and fought alongside British forces in Belgium in July and August. The brigade of 8,000 men persevered in nearly continuous combat through 20 Oct. 1918, suffering losses of 3,000 killed or wounded. In the Somme offensive General Tyson's brigade, during three days of terrific fighting in late September, broke through the Germans' Hindenburg defensive line, at perhaps its strongest point, defeating two enemy divisions. Members of the Thirtieth Division earned twelve Congressional Medals of Honor in World War I, more than any other division, and troops in Tyson's brigade received nine of the dozen decorations. The general himself was awarded the Distinguished Service Medal.

Back home in Knoxville after the war, Tyson resumed his many business activities, became president and publisher of the Knoxville Sentinel after buying the newspaper, and plunged again into politics. His state's Democrats boosted him as nominee for vice-president in 1920, but he withdrew his name and seconded that of Franklin D. Roosevelt. In 1924 he won election as a U.S. senator in the term 1925–31. On Capitol Hill he led a fight to carry the Tyson-Fitzgerald Act over a presidential veto and give retirement benefits to disabled emergency officers from World War I. In addition to veterans' welfare, his other chief concerns in the Senate were national defense, world peace and the world court, and economic development of the South.

Among Tyson's other interests were his family, the Episcopal church, the Masonic order, and the American Association of Cotton Manufacturers, of which he became president in 1923. He and his wife gave municipal parks to two Tennessee cities. Tyson died at a sanatorium in Stafford, Pa., before his senatorial term was completed. Fellow senators and other colleagues eulogized him as courageous, frank and open, refined and gentlemanly, highly capable yet modest, and a man of integrity.