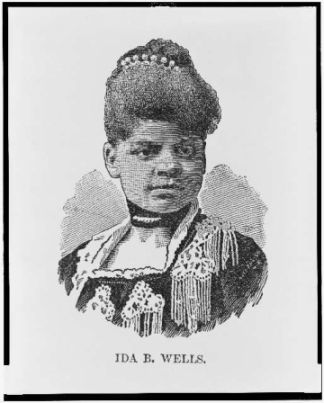 Lynching, the unlawful killing of a person by a mob and one of the most extreme forms of community sanction, occurred in North Carolina on numerous occasions. The term originally referred to whipping, but by the beginning of post-Civil War Reconstruction, it had come to almost exclusively mean killing. Although lynchings were carried out by a variety of means, hanging, followed by shooting, was the most common method in North Carolina. It appears that no one in the state was burned to death, unlike in parts of the Deep South.  The overwhelming majority of lynching victims in North Carolina were black, although a few white Republicans -- such as John "Chicken" Stephens -- were killed by mobs.

During Reconstruction, several dozen lynchings took place in the state, most of them carried out by the Ku Klux Klan (KKK) in Chatham, Orange, Alamance, Caswell, and Rockingham Counties. On February 26, 1870, Wyatt Outlaw -- a black councilman in Graham and the founder and president of the local Union League -- was taken from his home by Klansmen and hanged from a tree in the town square. In part because his killing followed a year-long, state-wide KKK rampage, the public outcry was vehement. It was also one of the events that led to the Kirk-Holden War later that year.

In December 1883 and July 1885, two murders occurred in Chatham County south of Pittsboro. Because axes were used in both murders and the motive seemed to be robbery in both instances, authorities concluded that the same party was responsible. Two months after the second murder, a coroner's jury determined that Jerry Finch, his wife Harriet Finch, and Lee Tyson -- all African Americans -- were responsible. They were arrested and confined in the Pittsboro jail, where another black man, John Pattishall, was already being held on suspicion that he was also involved. On the night of September 30, 1885, a mob of 75 to 100 men overwhelmed the elderly jailer and seized the Finches, Tyson, and Pattishall. About a mile south of town, all four were hanged from a large oak tree. A coroner's inquest determined that the victims "came to their deaths at the hands of persons unknown to the jurors," which was typical phrasing for such findings. Harriet Finch's murder was one of four lynchings of women documented in North Carolina.

After 1892, two things about lynching changed in the South. First, there was a marked increase in the number of black people killed and a marked decrease in the number of white people killed. Second, a five-year wave of antilynching statutes were enacted, due in part to the efforts of activist Ida Wells of Memphis, Tennessee. North Carolina passed such a law in 1893, but it was not used for over a decade. During the same period, Jim Crow laws and other methods of disfranchisement were put in place to control black people's social and political ambitions. Over the next 15 years, lynching took more than 25 lives in North Carolina. A vigorous legal assault on the practice occurred during the term of Governor Robert Glenn (1905-1909), which saw a new emphasis on identifying and prosecuting lynch mobs.

Over the next decade the number of lynchings declined sharply (11 people between 1908 and 1918), but then they increased again (11 black people were lynched between 1919 and 1923). After 1923, death by mob action became increasingly rare in North Carolina, with some years passing without a single lynching recorded, and no more than one recorded between 1926 and 1941.

In 1941 Robert Melker, a 23-year-old black man living near Cherryville in Gaston County, was driving with his wife when four young white men in a passing car yelled at him. The whites then chased the couple home and into their house. Melker's mother stepped outside and fired a shotgun to frighten the attackers away, slightly wounding one. The four returned with shotguns of their own, called Melker to the door, and shot him down. At their trial Graham Dellinger, Haywood Dellinger, Robert Sellers, and Fred Hudson all pled guilty to second-degree murder and received sentences of 14 to 25 years.

In modern times, the term "hate crime" has generally replaced "lynching" when race or other factors have led to an individual's murder by a group of people. A well-known example in North Carolina is the 1970 killing in Oxford of Henry "Dickie" Marrow, a 23-year-old black veteran, by Robert Teel, a white man with KKK connections, and his sons. Teel's acquittal, and the subsequent racially motivated violence that engulfed the town, became the subject of historian Timothy B. Tyson's much-praised book, Blood Done Sign My Name: A True Story (2004).

Lynching in America: Confronting the Legacy of Racial Terror: https://lynchinginamerica.eji.org

Burke, Sarah. Without Due Process: Lynching in North Carolina 1880-1900. https://uncw.edu/csurf/explorations/documents/withoutdueprocess.pdf

W. Fitzhugh Brundage, ed., Under Sentence of Death: Lynching in the South (1997).