Harold Cooley, Jim Gardner, and the Rise of the Republican Party in the South

National and state politics changed significantly in the 1950s and 1960s. In the National Democratic Party, ideals and supported legislation shifted. Many members of the Democratic party began supporting civil rights and many party leaders wanted to bring more people of color into the party. (This change began as early as 1941 when Democratic President Franklin Roosevelt’s Executive Order 8802 banned racial discrimination in any organization involved with the war effort.)  Changes in the National Democratic Party led to established Southern Democrats being challenged and defeated by Republican opponents in the 1960s. One example of this was the 1966 race for North Carolina’s Fourth District in the United States House of Representatives. Harold Cooley, a prominent Southern Democrat, lost his seat of more than 30 years to Republican challenger Jim Gardner.


The American South elected Democrats to the U.S. Congress almost exclusively for the first 60 years of the 1900s. There were zero Republican senators elected between 1900 and 1960 in the 11 former states of the Confederacy. The Republican party fared only slightly better in the House of Representatives. This period of the uninterrupted election of Democrats in the South was an element of a movement known as “Redemption.” “Redeemers” tried to promote white supremacy and combat black and Republican political gains in the South after the Civil War and emancipation during Reconstruction. Many Southern Democrats also fought these political gains during Reconstruction and beyond. After the end of Populism in the 1890s, many Southern Democrats were involved in violence and white supremacy movements to take and hold power throughout the South, including the Red Shirts and the 1898 Wilmington Coup (also called the Wilmington Massacre or historically, “Wilmington Race Riot”).


A major ideological shift in the Democratic party began in the 1960s due to the national party’s support of civil rights legislation. This led to the rise of the Republican party in the American South. One of the clearest examples of these changes occurred in North Carolina’s mostly rural Fourth District of the United States House of Representatives, which included Franklin, Nash, Wake, and Johnston counties for much of the 20th century.


Harold Cooley served as the Fourth District’s congressman for more than three decades. He won 16 different elections beginning in 1934 and kept his position for 32 years. During that time, he made a name for himself in the United States House of Representatives as Chairman of the Agriculture Committee and a prominent Democrat.


Cooley often supported segregation and white supremacy through his legislative voting. For example, Cooley voted against the Civil Rights Act of 1957, the Civil Rights Act of 1964, The Voting Rights Act of 1965, and the 24th Amendment. He also abstained from voting on the Civil Rights Act of 1960. He broke from fellow Southern Democrat congressmen when he refused to sign the Southern Manifesto, a 1956 document that advocated closing the South’s schools instead of integrating them as required by the Brown v. Board of Education (1954) decision. In 1964, he nearly lost his seat to Republican businessman Jim Gardner. Gardner, a fellow Nash County native, founded the Hardee’s restaurant chain six years earlier and became a popular Republican leader. He would challenge Cooley again in 1966.


In the 1966 campaign for the Fourth District’s seat, Cooley focused on his many accomplishments in Congress. Gardner spoke out against  Cooley’s stances and voting record on national issues. Gardner criticized Cooley for supporting foreign aid and Lyndon Johnson’s War on Poverty. Gardner opposed the federal Medicare and Medicaid Act passed in 1965. On the campaign trail, Gardner argued that “one of the worst problems we now face is growing federal control in every way of our daily lives.” Gardner also benefited from the efforts of Republican broadcaster Jesse Helms. Helms ran a segment supporting Gardner on Raleigh’s local news station, WRAL. Cooley was not given the chance to respond despite the law requiring it.


Cooley’s experience and status as a “moderate” were not enough for voters to elect him in the 1966 race. 107,359 people voted in the election, and Gardner won by 14,013 votes, or 13% of the total votes cast.  Cooley’s loss was one of the largest for any incumbent congressman in the nation that year.

Harold Cooley returned to his home, the Bissette-Cooley House, in Nashville, North Carolina, after losing the election to Gardner. He remained active in politics and continued to practice law until his death in 1974 at the age of 76.


After his win in the 1966 congressional election, Jim Gardner continued to be active in North Carolina politics. He tried three times to be elected governor – in 1968, 1972, and 1992 – but was never successful. He served as Lieutenant Governor from 1989 to 1993. He became a prominent figure in the North Carolina Republican Party and still works to support their efforts in the state.


Gardner’s win was a preview to the major shift in political parties in the American South that took place in the mid and late 1960s. North Carolina had zero Republican congressmen in 1960 but had a total of five Republican congressmen in 1969. That number grew to thirteen by the end of the 1980s. In 1972, James Holshouser was elected as the first Republican governor in the state since 1901. That same year, Jesse Helms became the first Republican senator elected in North Carolina since 1903.


Regarding the rise of the Republican party in North Carolina, Cooley said, “It’s tied to the race question … Many people are unhappy about these school [integration] guidelines – I don’t like them myself – and their resentment is costing the Democratic Party.” As the National Democratic Party moved towards civil rights, Southern Democrats were left behind. The older generation of Southern Democratic elected officials who were not defeated joined the Republican Party. Many of these new Republicans were elected on promises to fight civil rights legislation at the federal level.


Lancaster, Marshall. “The Mail and Politicking Roll on for Harold Cooley.” The News and Observer. September 23, 1968. 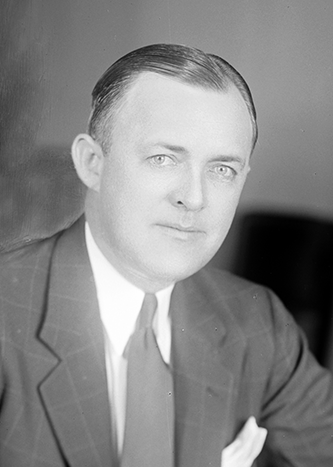