James Moore, brigadier general in the North Carolina Continental Line, was born in New Hanover County, the son of Maurice Moore (d. 1743), a prominent planter, and his second wife, Mary Porter. James was the brother of Revolutionary leader Maurice Moore (ca. 1735–77) and of Rebecca Moore, who married General John Ashe. He lived at his plantation near a bend in the Cape Fear River known as Rocky Point, fifteen miles north of Wilmington. The fertile land was first claimed by his father and had been quickly settled by the Moores and other prominent pioneer families.

Active in the local militia, Moore was captain of the company at Fort Johnston in 1758. Governor Arthur Dobbs appointed him to command a company raised during the French and Indian War. Moore represented New Hanover County in the provincial House of Commons from 1764 to 1771 and in 1773, serving on various committees.

During the Stamp Act disturbances in 1766, he was one of the leaders of the Cape Fear mob that marched to Brunswick. Governor William Tryon reported that Moore went to the governor's house as a delegate of the armed mob to get the comptroller of the customs, William Pennington, who had taken refuge in Tryon's home. The governor refused to allow Pennington to leave, but when the armed force grew larger, Pennington resigned his commission and publicly swore not to execute any provision of the Stamp Act. 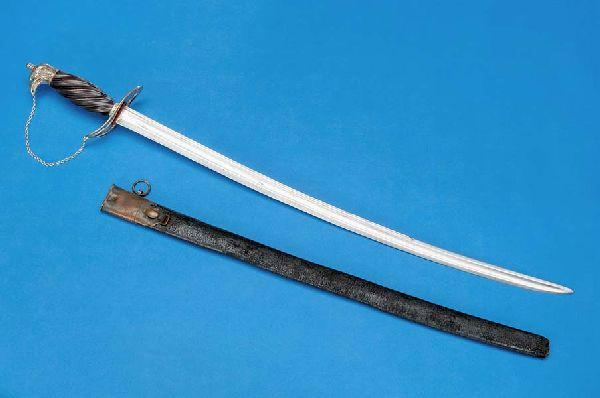 When Tryon led militia to the backcountry in 1768, Moore was appointed colonel and given command of the governor's artillery. Three years later when the Regulators were defeated at the Battle of Alamance, he was again colonel and commanded the artillery company.

Moore was an early supporter of the Revolutionary movement. In June 1770 he called a meeting of the Wilmington Sons of Liberty, which appointed a committee, chaired by Cornelius Harnett, to enforce the nonimportation agreement on the Lower Cape Fear. On 21 July 1774 an extralegal meeting of freeholders in Wilmington elected Moore to the committee that called upon other counties in the province to elect delegates to the First Provincial Congress. He was an active member of the New Hanover Safety Committee and of the Wilmington area committee that collected a shipload of provisions for Boston after passage of the Boston Port Act. In August 1775 New Hanover County elected him to the Third Provincial Congress. Meeting at Hillsborough, the congress organized two regiments for the Continental army and appointed Moore to command the First Regiment, which assembled at Wilmington.

In February 1776, when Loyalists composed primarily of Highlanders assembled at Cross Creek, Moore commanded the Whig forces charged with preventing the Highlanders' rendezvous with British soldiers on their way to Wilmington. Skillfully maneuvering his troops, Moore blocked the Loyalists' access to the coast and forced an engagement on ground of his choosing. Although he reached Moore's Creek Bridge a few hours after the 27 February battle, his direction of the campaign had ensured the Whig victory.

On 1 March 1776 the Continental Congress appointed Moore brigadier general and gave him command of Continental forces in North Carolina. Moore and the troops under his immediate command remained in Wilmington to guard against the British vessels that did not leave the Lower Cape Fear until October. When Major General Charles Lee was recalled to the northern theater in September, Moore was given command of the Southern Department, and in early January he marched his brigade to Charles Town. Without funds to pay the North Carolina troops and purchase blankets and clothing, Moore divided his time between Charles Town and North Carolina, where he sought additional men and supplies.

In February 1777 the congress ordered Moore to march the North Carolina regiments stationed in the Carolinas north to join General George Washington. His plans to proceed as quickly as possible were hampered by the shortage of clothing and equipment and by the inability of commissaries to secure food along the proposed route.

Moore's frail constitution had been undoubtedly weakened by the winter operations, and he died in Wilmington of what was diagnosed as a "fit of Gout in his stomach." He was survived by his wife, Ann Ivy Moore, and four children.

Janet Schaw's assessment of his character in 1775 typifies the response of both friend and foe: "a man of . . . most unblemished character . . . and a virtuous life . . . his popularity is such that I am assured he will have more followers than any other man in the province." At the time of his death few Revolutionary officers had been as successful as he in strategy, in the organization of undisciplined military forces, and in relations with the Continental Congress and Revolutionary state governments. Death robbed North Carolina of its most obvious choice for high command in the Continental army.

Davis, Charles Lukens. A Brief History of the North Carolina Troops on the Continental Establishment in the War of the Revolution. Philadelphia: 1896. 11. https://archive.org/details/briefhistoryofno00davis (accessed February 6, 2014).