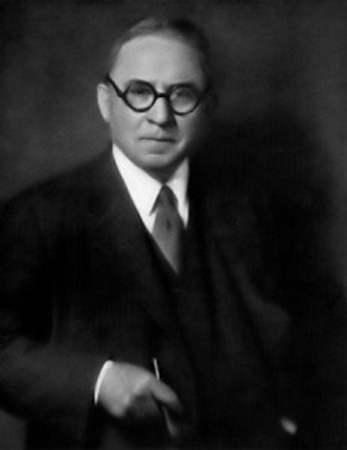 Thomas Gilbert Pearson, ornithologist and wildlife conservationist, was born in Tuscola, Ill., the son of Thomas Barnard and Mary Eliott Pearson. A Quaker farm family, the Pearsons moved to Indiana and then in 1882 to Archer, Fla., where they grew citrus fruit. Stimulated by the wildlife in rural Alachua County, Gilbert Pearson taught himself ornithology and taxidermy. In 1891 he entered Guilford College, where he earned six years of education, including two preparatory years, by donating a collection of bird eggs and mounted birds to the school's museum and serving as its curator. From field trips in North Carolina, Virginia, and Florida, he returned with a wide variety of specimens and built what was described as the "largest scientific collection of bird-eggs in the South." Some of his eggs were exhibited at the World's Columbian Exposition in Chicago in 1893. He wrote articles for bird magazines and joined the American Ornithologists' Union (AOU).

During at least one summer in Archer, Pearson operated a business as a naturalist and taxidermist, specializing in birds and eggs. Distressed by the killing of birds for their plumage, he wrote a circular, "Echoes From Bird Land; An Appeal to Women" (1895), in which he urged women to stop wearing bird feathers and stuffed bird bodies on their clothes. The circular was distributed in North Carolina by the Woman's Christian Temperance Union.

After earning a B.S. degree at Guilford College in 1897, Pearson enrolled at The University of North Carolina. He supported himself in Chapel Hill by working as an assistant in the office of the state geologist, who let him concentrate on biological studies. In 1899 he received his second B.S. degree and returned to Guilford College as professor of biology. In 1901 he became professor of biology and geology at the State Normal and Industrial School for Women. During the summer before his first classes, he studied botany at Harvard. In the same year he published his first book, Stories of Bird Life. Soon afterwards he received a letter from William Dutcher, chairman of the bird protection committee of the AOU, which was trying to persuade all the states to adopt laws protecting birds. Dutcher suggested that Pearson found a state Audubon society to sponsor a bill in North Carolina incorporating the main features of the AOU's "model law."

In 1902, at Pearson's instigation, the Audubon Society of North Carolina (ASNC) was formed. Pearson was elected secretary. Aware of the absence of a means of enforcing laws protecting wildlife in North Carolina, he combined in a single bill the ASNC's proposals for protecting birds and provisions authorizing it to enforce not only the regulations of the bill but also the numerous local game laws of the state. He visited Governor Charles Brantley Aycock and won his support; he also addressed the house of representatives in behalf of the bill. When the bill was adopted in 1903, the ASNC became the first state game commission in the South and Pearson, at age twenty-nine, became the first commissioner.

In 1905, when the National Association of Audubon Societies (NAAS) was incorporated in New York, Pearson was elected secretary. Anticipating this development, he had already obtained leave from teaching duties at the State Normal and Industrial School. He then divided his time between the NAAS and the ASNC. Except for brief service each summer for several years in the Summer School of the South, where he began teaching in 1902, he never again held a professorship. Promoting the Audubon movement was his major occupation for the next thirty years. 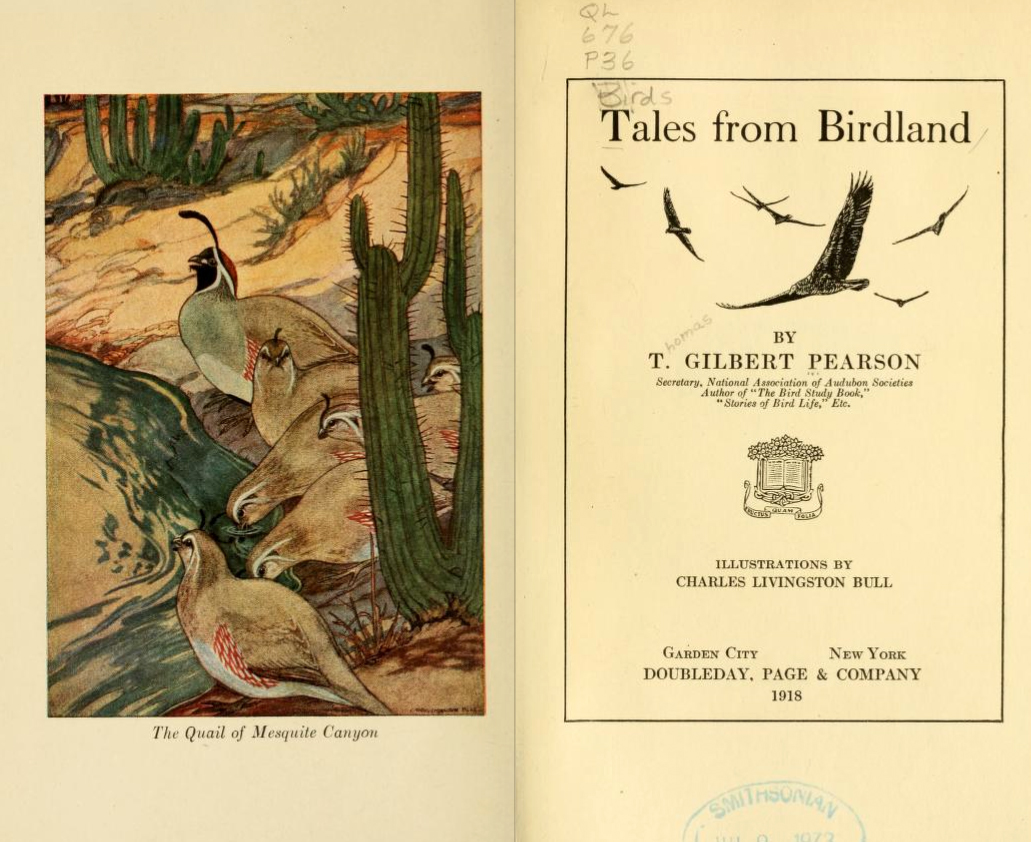 For six years, 1903–9, Pearson had considerable success in enforcing the bird and game laws of North Carolina and in protecting coastal nesting sites. Furthermore, by cultivating legislative committees, he managed to assure the defeat of bills that he viewed as harmful to wildlife and the passage of bills that he regarded as beneficial. But his successes caused resentment, especially in Beaufort and Currituck counties, where the hunting of waterfowl had economic and political importance. In the General Assembly in 1909 a bill to remove those two counties from the jurisdiction of the ASNC was taken from the committees friendly to Pearson, amended to include fifty more counties, and passed. The ASNC was left with forty-six counties, too few for it to be effective any longer.

Pearson, his pioneering leadership repudiated in North Carolina, turned his full-time attention to the national movement. In 1910 he was elected president of the National Association of State Game Wardens and Commissioners. After William Dutcher, president of the NAAS, suffered a stroke in October of the same year, the board of directors bestowed executive power on Secretary Pearson. In 1911 he resigned from his office in the ASNC and moved to New York. Upon Dutcher's death in 1920, Pearson became president of the NAAS. He held that position until he resigned in 1934.

In the NAAS Pearson encouraged national and international efforts to obtain legal protection for birds. He successfully lobbied for a provision in the Tariff of 1913 prohibiting the importation of plumage of wild birds except for scientific and educational purposes. He worked for passage of the Weeks-McLean Migratory Bird Act (1913) and served on the secretary of agriculture's advisory committee for implementing the act. He supported the Migratory Bird Treaty (1916) between the United States and Great Britain and became a member of the advisory board to enforce it. In 1928 he became chairman of the National Committee on Wildlife Legislation, which backed passage of the Migratory Bird Conservation Act (1929), authorizing appropriations for the establishment of bird refuges.

The NAAS provided warden service that national and state governments failed to provide. It guarded Pelican Island and the Everglades in Florida, Lower Klamath Lake in Oregon and California, hundreds of square miles of marshes and islands in Louisiana, and nesting areas along the Atlantic coastline. It opposed the draining of lakes and marshes important to wildlife, fought against the construction of dams that would flood wildlife habitats, and aided in the protection of mammals, including the buffalo and the prong-horned antelope. And it sought the adoption of state laws protecting birds and mammals wherever they seemed threatened.

In 1922 Pearson founded the International Committee for Bird Preservation. He served as president until 1938 and thereafter as chairman of the U.S. section and the Pan-American section. An international conference for bird protection sponsored by the committee in 1928 called for, among other actions, an international convention on oil pollution of navigable waters.

A talented lecturer and fund-raiser, Pearson estimated in 1937 that he had spoken to more than 3,000 audiences in behalf of birds and other wildlife. In most of the states and in numerous foreign countries, he had lectured, organized, lobbied, and advised. By 1934, under his leadership, the NAAS had distributed 270 million pages of printed information on birds and 54 million pictures in color. Its magazine, Bird-Lore, had influenced young and old alike. Membership in Junior Audubon clubs rose from less than 10,000 in 1910 to more than 5 million in 1934. Pearson was credited with developing the NAAS into "the largest organization in the world interested in the protection of wild life."

Throughout his career, Pearson retained his special interest in North Carolina, which he spoke of as "the State of my adoption." In 1919 the ASNC joined with the state Geological and Economic Survey and the state museum to publish Birds of North Carolina, by Pearson, Clement S. Brimley, and Herbert H. Brimley. Pearson also drew on his studies and observations in North Carolina in writing most of his other books, which included The Bird Study Book (1917) and Tales From Birdland (1918). In addition, he edited Birds of America (1917, 3 vols.) and Portraits and Habits of Our Birds (1920–21, 2 vols.) and contributed to the National Geographic Society publication, The Book of Birds (1937, 2 vols.). The University of North Carolina awarded him an honorary LL.D. degree in 1924.

In 1911, and every two years thereafter until success was achieved, the ASNC sponsored a bill to establish a new state game commission, with state wardens. It was finally set up in 1927 by an act that abolished ASNC.

On 17 June 1902 Pearson married Elsie Weatherly, a graduate of the State Normal and Industrial School for Women. They had three children: Elizabeth, Thomas Gilbert, Jr., and William Theodore. Pearson belonged to the Boone and Crockett Club and the Explorers Club of America. After his death in New York City, funeral services were held in the Central Presbyterian Church. His body was cremated and the remains were buried in Greensboro.