Guy Berryman Phillips, educator, was born in rural Randolph County, southwest of Asheboro, the eldest child of Jessie Lee and Fannie Polk Waddell Phillips. A successful farmer, Jessie Lee Phillips had visions of education for his children and moved in 1899 from his original homeplace to a newly acquired farm near the village of Trinity, the original site of the school that later became Trinity College and in 1924 became Duke University.

Guy Phillips's elementary and secondary education were acquired in the local schools at Trinity, and he was the sole graduate of the high school in the class of 1909. His high school years were marked by many extracurricular activities, especially baseball. His leadership was evidenced by a high scholastic record and participation in many school projects. In 1909 he enrolled in a 188-member freshman class at The University of North Carolina. Four years later (1913) he was graduated with a bachelor of arts, one of 76 classmates who received a degree that year.

His first teaching post was at the Raleigh High School, where he taught English and coached the football and baseball teams, one of his teams winning a state championship at Chapel Hill; he also coached championship debating teams. In the summer of 1916 Phillips became superintendent of the city schools of Oxford and for four years (1916–20) provided superior educational and community leadership in that Granville County town. The Bank of Oxford lured him from schoolwork for a short tenure. He was assistant cashier of the bank until February 1921, when he accepted an invitation to become principal of the Greensboro High School. In 1924 he went to Salisbury as superintendent of city schools and then returned to Greensboro as head of the city's school system where he served for seven years (1929–36). 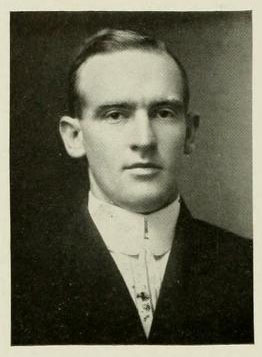 From the beginning of his career Guy Phillips attracted statewide attention as a public school educator. He attended graduate schools at the University of Chicago and Teachers College of Columbia University, N.Y., where he earned a master of arts in education in 1942. Ten years later High Point College awarded him an honorary doctor of literature degree (1952).

Among his many services over the years, Phillips organized the North Carolina High School Athletic Association (1920) and was executive director for twelve years (1920–32). From the beginning he was active in the North Carolina Education Association (board of directors, 1920–56; president, 1934–35) and was a life member of the National Education Association, attending the annual sessions of both groups and serving on many of their committees.

Three gubernatorial appointments provided a broader base for his interests and leadership. He was a member of Governor Angus McLean's Commission to Study Problems of Negro Education in North Carolina (1927) and of Governor Clyde Hoey's Commission on Education (1937), serving as executive secretary and editor of its formal report to the governor. In 1957 Governor Luther Hodges appointed him to the State Board of Education, a post he held until his death, where he was chairman of the Policy Commission. He was also by special appointment a founder and member of the board of directors of the Learning Institute of North Carolina (1963).

During his long tenure at The University of North Carolina, he served in many capacities: respected counselor and assistant to the presidents and chancellors, director of the Teacher-Placement Bureau, adviser in the General College, director of the Summer Session, acting director of Admissions (1941–45), and executive officer of the College for War Training (1943–46). The School of Education was discontinued in 1933 but reestablished in 1948, when Guy Phillips was unanimously chosen dean and served for six years (1948–54), earning for the school recognition by the National Council for the Accreditation of Teacher Education. His superb leadership showed itself in the multiple acknowledgments accorded both his undergraduate and graduate programs in education. Upon retiring from the deanship in 1954, he continued to teach educational administration for seven years and during that period directed seventeen doctoral dissertations. Through those years he remained active in the work of the National Association of Public School Administrators, which he had helped organize in the early 1940s.

A group of his colleagues summarized Guy Phillips's accomplishments by listing the following improvements in the public education system of North Carolina: lengthening of the school term to nine months, addition of the twelfth year, establishment of a school bus transportation system, consolidation of schools, training of laymen to serve as school board members, establishment of the United Forces for Education which initiated much of the basic educational legislation of the previous two decades in North Carolina, professional training and improvement of school administrators, raising the basic salary scale for teachers and other school personnel, reduction of the teacher-pupil load, involvement of laymen and college teachers with professional educators in a statewide study of the school curriculum and teacher education, a new form of certification for teachers that emphasized subject matter preparation and institutional responsibility, establishment of the State Department of Community Colleges, responsible and effective attention to problems of desegregation in the schools, and responsible and effective utilization of federal aid in the public schools.

Conspicuous among his early educational activities was the organization of the North Carolina State School Board Association. For thirty years he was both executive secretary-treasurer and editor of its bulletin or a consultant to the group. With a reputation as a good writer, his contributions were mainly limited to educational journals, although he participated in more than thirty surveys of state school systems and himself wrote many of the reports.

As a speaker Phillips traveled all over the state to address educational gatherings. In one way or another he continually emphasized public education and insisted that the schools meet the demands of the times, present and future. He was an avid worker in civic groups in all the places he lived and became at one time a national member of the Board of Advisers of the Boy Scouts of America. In Greensboro he was a member of the Recreation Commission (1930f.) and in Chapel Hill he was civilian defense coordinator (1940–45).

From his early years Guy Phillips was an ardent churchman. He taught in Methodist Sunday schools (1909–66) and served in multiple capacities in the lay leadership of his church, both locally and at the Conference level.

He married, on 17 June 1917 in Timmonsville, S.C., Annie Elizabeth Craig, then of Monroe, a graduate of Meredith College and the daughter of a distinguished Baptist minister and a niece of Locke Craige, a governor of North Carolina. She was born in Ahoskie (1895) and died in Greensboro (18 Sept. 1975) at age eighty. Guy and Annie Phillips had five children: Helen (Mrs. A. W. Graham), Guy Berryman, Jr., Charles C., Andrew Craig, and Robert L. All of the children were graduated from The University of North Carolina.

Phillips retired in 1961 and moved to Greensboro in 1966. He died in Greensboro and was interred in the Chapel Hill Cemetery.