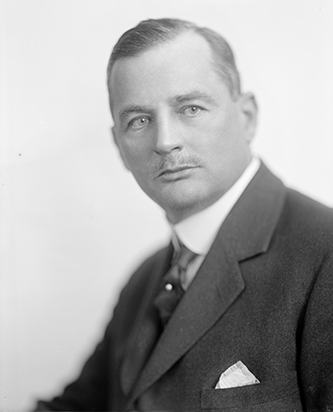 Angus Wilton McLean, lawyer, businessman, and governor, was born on a farm in Robeson County, the son of Archibald Alexander and Caroline Amanda Purcell McLean and a descendant of a proud line of hardy Scots who settled in the Upper Cape Fear Valley. Angus Wilton was the first of seven children. Born in the tradition of education and the stern culture of Scottish Presbyterianism, he received the best education available in the North Carolina of his day. After his early training in the local schools of Richmond (now Scotland) County, he attended the Laurinburg Academy. In the fall of 1890 he entered The University of North Carolina, where for two years he studied law under the direction of Dr. John Manning, Dr. Kemp P. Battle, Associate Justice James E. Shepherd, and Professor George T. Winston.

In 1892 McLean was admitted to the bar and began practicing in Lumberton as the associate of a kinsman, Thomas A. McNeill. Their firm handled much of the legal business of the town and for many years served as counsel for the Atlantic Coast Line Railroad. When McNeill left the office to accept a position on the state superior court bench, the firm was expanded and reorganized and in time was called McLean, Varser, and McLean. In 1917 McLean was elected president of the North Carolina Bar Association.

On 16 Apr. 1904 he married Margaret Jane French, and to them were born two sons and a daughter: Angus Wilton, Jr., Hector, and Margaret French.

In the meantime, McLean became one of the leading businessmen in Lumberton. In 1897 he joined a number of interested persons to establish the Bank of Lumberton, the first bank in town. Between 1895 and 1909 he helped to establish three textile mills in Lumberton, and in 1906 he played a significant role in building the Virginia and Carolina Railroad from Lumberton to St. Pauls, where it tapped the Atlantic Coast Line. This road provided the transportation needed for industrial and agricultural expansion in Robeson County.

In addition to his activities as lawyer and businessman, McLean was deeply interested in politics. Although his only experience in public office during his early years in Lumberton was as a member of the town board of commissioners for two terms, he was recognized as a leader in the Democratic party. For sixteen years he was a member of the state executive committee of his party and in 1912, and again in 1916, he served as chairman of the finance committee in North Carolina to raise funds for the Woodrow Wilson campaign. He assumed his first important political office when President Wilson appointed him to the War Finance Corporation in 1918, and his second when he was named assistant secretary of the Treasury in 1920.

McLean had been contemplating the governorship of North Carolina for a number of years and while in Washington, D.C. (1918–22), he watched his record in view of the contest in 1924. After returning home in the spring of 1922, he set up an efficient statewide organization, and early in 1924 he opened his campaign with a series of speeches in major towns across the state. His opponent in the primary was Josiah W. Bailey, a lawyer and former editor of the Biblical Recorder.

During the campaign McLean was no match for Bailey on the speaker's platform, but uncertain economic conditions in the state and rumors of a deficit in state funds led people to support the practical Scotsman, who promised to achieve efficiency and economy in state government. In the primary McLean carried eighty-three of the one hundred counties, and in November he carried the state against his Republican opponent by a wide margin. 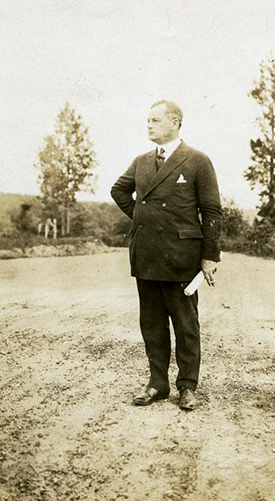 In keeping with his campaign pledges, Governor McLean presented to the legislature when it met in January 1925 a recommendation calling for the establishment of an executive budget system. On 26 February an act to provide such a system became law. The act made the governor ex officio director of the budget and head of a bureau whose duty it was to prepare the biennial budget. All monies were to be appropriated and all funds disbursed from the state treasury according to the budget that had been approved and adopted by the General Assembly. The Appropriations Act of that year placed all institutions, departments, and agencies on a biennial appropriation basis. The Daily Deposit Act required that all agencies receiving or collecting funds deposit their collections daily to the credit of the state in some officially designated bank. This practice not only eliminated the borrowing of money in anticipation of revenues from taxes but also provided added income from interest on deposits. By the second year the efficiency of the new system began to be evident in a treasury surplus. When McLean's term ended in 1928, he left $2.5 million for the next administration. Governor O. Max Gardner later acknowledged that this surplus kept North Carolina from going into bankruptcy when the Great Depression hit.

In addition to his fiscal reforms, McLean initiated a much-needed overhauling of the whole executive branch of state government. Among the steps taken were (1) the classification of all state employees and the establishment of a uniform salary and wage schedule for comparable work in all public offices, (2) the consolidation of all revenue-collecting forces into the Revenue Department, (3) the allocation of all responsibility for supervision and regulation of business, financial, and industrial organizations to the Corporation Commission, (4) the centralization of all legal activities of state agencies under one head, the attorney general, thus eliminating the employment of additional lawyers in the several departments, and (5) the consolidation of all agencies dealing with natural resources into a new State Department of Conservation and Development.

Even more than state government, county government in North Carolina was in need of reform and in 1927 McLean undertook that task. He had served on a commission appointed by Governor Cameron Morrison in 1922 to make a study and recommend changes in laws relating to county government. Building on that experience, McLean encouraged the General Assembly to pass five significant measures. An Act to Provide Improved Methods of County Government established procedures for changing the structure of county government without a special act of legislation and clearly defined responsibilities of the boards of commissioners in all counties. The Act to Provide for the Administration of the Fiscal Affairs of Counties placed all counties on a budget system and provided the machinery for making periodic appropriations of revenue and the annual tax levies. The third measure, the County Finance Act, regulated the borrowing and repayment of money. The fourth, An Act to Provide for the Collection of Taxes, required that taxes be collected and settlement completed within the same fiscal year in which the levy was passed. This made it possible for counties to go on a budget system. The fifth act amended the Consolidated Statutes relating to tax deeds and foreclosures.

Second only to his interest in efficiency in government was McLean's interest in good public education for all children in the state. He recognized that schools must furnish leaders for the new industrial development that was rapidly placing North Carolina in the forefront among southern states. He also saw in the rural schools the state's best chance for building a better agricultural community. In 1927, with McLean's encouragement, the General Assembly approved a bill increasing the Equalization Fund to $3.25 million, the largest appropriation made to this date for public education in North Carolina. Expenditures per child enrolled in public schools were increased from $25.97 to $32.67, and the foundations were laid for a statewide eight-month school term. In addition to the increased appropriation for public schools, the McLean administration completed the six-year, $20 million program of appropriation for the institutions of higher learning, a plan initiated by his predecessor in 1921, and in 1927 secured increased funds for expanding teacher-training programs at state-supported colleges and normal schools. Through these several efforts state aid to education was doubled, appropriations reaching a figure that represented 52.18 percent of the state's income from taxes, a percentage surpassed by only four states in the Union. 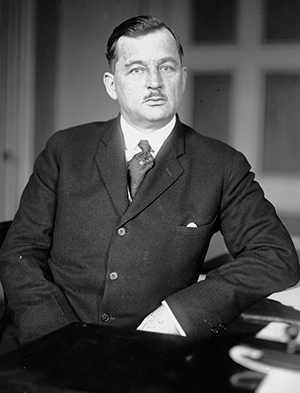 Although Governor McLean is best known for his fiscal reforms and reorganization of the administrative machinery of state and county government, he made significant contributions to the economic development of the state. His promotion of improved methods of marketing and diversification in agriculture and industry laid a foundation for more prosperous years in the decades to follow. A farm-supported campaign launched late in 1926 led to a 13 percent reduction in cotton plantings and a marked expansion of other crops. The establishment of the State Department of Conservation and Development was a major contribution towards diversification of industry and utilization of all natural resources. Surveys made by this agency pointed the way to the development of building stone and clay products industries, as well as woodworking industries, and to further development of fisheries along the coast. A major publicity campaign began to attract outside capital and new industries for North Carolina.

McLean's continuation of the Good Roads campaign initiated by Governor Cameron Morrison contributed, in like manner, to the state's economic development. In 1925 he asked the legislature for $20 million in bonds for the Highway Department, and in 1927 he supported a bond issue of $30 million to complete the major highway system and to take over at least 10 percent of the six thousand miles of county roads for maintenance and improvements.

McLean's work in fiscal and administrative reform placed him among the progressive governors of the nation, but his stand on matters of social and political reform was always that of a conservative. He withheld his support for efforts to secure workmen's compensation, and bills to provide such assistance were killed in 1925 and again in 1927. Efforts to improve the state's child labor laws suffered the same fate. He refused to raise a voice in support of a bill providing for the secret ballot in North Carolina or for other reforms of the election laws. His intervention, however, did save the state's primary law from repeal.

When McLean left the governor's office in January 1929, he returned to his law firm and business interests in Lumberton. Later he also opened a law office in Washington, D.C. He still had one political ambition, that of becoming a U.S. senator, but he gave that up out of respect for his friend, Senator Furnifold M. Simmons. In 1932 he was considered for a position in the U.S. Treasury Department, but he declined the offer.

On 19 Apr. 1935, while on route from Washington to Atlantic City, McLean suffered a thrombosis from which he never recovered. He died two months later, and his remains were returned to Lumberton for burial. For most of his life he had been a member of the Presbyterian church and a staunch supporter of its programs. A number of portraits and a good many of his papers and personal effects are in the Angus Wilton McLean Library in Lumberton.

Angus Wilton McLean and others, Lumber River Scots and Their Descendants (1942).