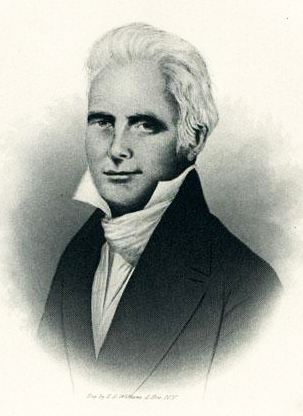 Henry Seawell, lawyer, legislator, attorney general, and judge, was born in that portion of Franklin County that was then Bute County. The son of Joseph and Martha Macon Seawell, he was principally of English ancestry. His father, a landowner and planter, was the son of Benjamin Seawell and the brother of Colonel Benjamin Seawell of the American Revolution. His mother was the daughter of Gideon and Priscilla Jones Macon and the sister of Nathaniel Macon, North Carolina statesman. Although his formal education was limited, young Seawell prepared himself for the law profession, was awarded his law license, which is dated at Hillsborough 10 Apr. 1797, and at about that time began practicing in Raleigh. He was the first lawyer to offer his services in the new capital city.

Early in his career he became interested in public office, and he represented Wake County in the 1799 session of the General Assembly. Seawell served six terms in the house during the years 1799–1802, 1810, and 1812. For eight sessions, 1821 to 1826 and in 1831–32, he was a state senator from Wake. In 1803 he became attorney general of North Carolina, an office that he held until 1808. He was appointed judge of the superior court in July 1811 and served until the end of that year; reappointed in 1813, he maintained his seat until his resignation in 1819, following the General Assembly's failure to appoint him a member of the newly created supreme court. He began a third term on the superior court bench in 1832 and presided until his death.

In 1823 Seawell represented the United States as arbitrator on a commission to settle claims and legal controversies with Great Britain arising from the conditions of the Treaty of Ghent. His able performance during this assignment was highly praised by Secretary of the Commission Charles Manly (later governor of North Carolina). It was principally through Seawell's efforts and influence that the capital remained in Raleigh following the destruction of the capitol building by fire in 1831. At the time Fayetteville made a vigorous and almost successful bid to have the seat of government moved to that city. After much political maneuvering and delay, Seawell won legislative approval of a bill that appropriated $50,000 to rebuild the capitol on the original site in Raleigh. Then he and the other four members of the building commission in a bold move spent the entire appropriation on the building foundation. Additional appropriations were eventually made in order to produce the architectural classic that still stands. In 1835 Seawell was a delegate from Wake County in the state constitutional convention, where he took a prominent part in the considerations and actions of that body. He was unsuccessful, however, in his opposition to the disfranchisement of the free Negro and to the proposal for biennial (instead of annual) meetings of the General Assembly.

In politics he was identified with the Republican party of that day (later known as the Democratic-Republican party and finally as the Democratic party). In a letter of introduction from Nathaniel Macon to Thomas Jefferson, Seawell was characterized as "A worthy man of the old Republican school in politics." In middle or late life he was described as handsome, possessing a ruddy complexion and white hair; an existing portrait indicates the same physical features. In professional life, he demonstrated outstanding legal abilities, with a keen interest in public and political issues.

On 17 Apr. 1800 he married Grizelle Hinton, the daughter of Major John Hinton and the granddaughter of Colonel John Hinton. They had nine children: John Hinton, Joseph James, Leonard Henderson, William, Pherabe Smith, Henry, Jr., Robert Williams, Richard Bullock, and Martha Macon. Henry Seawell died at his home in Raleigh. He was buried in the family cemetery which was then adjacent to his home (now on Hill Street in northeastern Raleigh), but his grave and the others in this cemetery (including the markers) were moved in 1977 to Oakwood Cemetery, Raleigh.

Ellen Mordecai, Gleanings from Long Ago (1933).