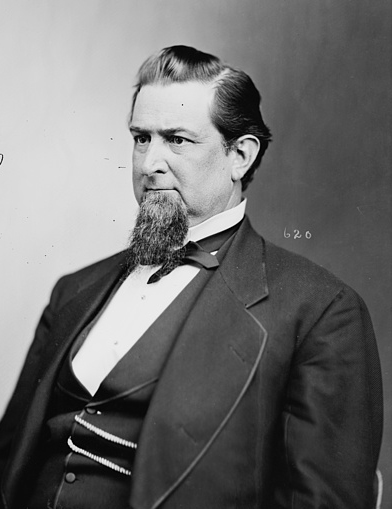 Thomas Settle, Jr., state supreme court justice and a founder of the North Carolina Republican party, was the son of Thomas and Henrietta Graves Settle of Rockingham County. His father was a speaker of the House of Commons, congressman, and superior court judge. Thomas Settle, Jr., was educated by private tutors and attended The University of North Carolina, where he was graduated with an A.B. degree in 1850. He then became the private secretary of the recently elected Democratic governor, David S. Reid, who was Settle's brother-in-law and first cousin. After a year on the governor's staff, Settle studied law with state supreme court justice Richmond M. Pearson, a former colleague of his father's on the superior court bench. In 1854 Settle began practicing law in his native county.

Although his father was a leading Whig, Settle, probably influenced by Governor Reid, chose the Democratic party and was elected to the House of Commons in 1854. Reelected in two succeeding terms, he became speaker of the house in the 1858–59 session. In the presidential election of 1856 he was a Democratic elector for James Buchanan, and in 1860 he supported his cousin by marriage, Stephen A. Douglas. Settle was appointed to the board of trustees of The University of North Carolina in 1856 and served until 1874. In November 1860 he was elected solicitor of the Fourth Judicial Circuit.

Although he opposed secession, when North Carolina left the Union, Settle volunteered for the army and was commissioned a captain in the Third North Carolina Regiment. After a year's service he returned to his position as solicitor and remained in that office throughout the war. In the postwar era Settle became one of the most prominent political leaders in the state. He was a delegate to the constitutional convention of 1865–66, which sought to meet the conditions of presidential Reconstruction so that the state could rejoin the Union. In this convention Settle was chairman of committees that prepared resolutions abolishing slavery and repudiating the state's war debt. He won a seat in the state senate in the fall of 1865, and when the assembly met in November, he was elected speaker of the senate. A supporter of William W. Holden for governor, Settle gradually became identified with the radical congressional Reconstruction program and urged the early adoption of the Fourteenth Amendment. As an heir of the prewar plantation elite, he was nevertheless a strong Unionist and would not compromise with the secession-tainted Democratic-Conservatives. Consequently, he was drawn into the Republican fold and became one of the founding leaders of the state Republican party in the spring of 1867.

In April 1868 Settle was elected an associate justice of the state supreme court. He resigned on 24 Mar. 1871 to accept an appointment as the U.S. minister to Peru. After he had spent a year in Lima, illness forced his resignation from the diplomatic service on 20 Feb. 1872. Upon his return to North Carolina, he was appointed on 20 June by Governor Tod Caldwell to a vacancy on the supreme court bench. An associate justice for four years, Settle resigned on 13 July 1876 to accept the Republican nomination for governor. In 1872 he presided over the Republican National Convention and was nominated that fall as the Republican candidate for the U.S. House of Representatives from his district. He narrowly lost the election to Democrat James M. Leach by 268 votes of some 21,000 cast. In 1876 Settle was opposed in the gubernatorial race by Zebulon B. Vance, Civil War governor and the most popular politician in the state. The 1876 canvass, which centered on a colorful series of joint debates, is considered one of the most important elections in North Carolina history and is known as "The Battle of the Giants." Settle's defeat officially ended Reconstruction and relegated the Republican party to a permanent minority, a position that has been overcome only twice in the last century. In January 1877 Settle was appointed a U.S. district court judge in Florida. He served on the federal bench until his death eleven years later.

Settle possessed a superb physique, a charming personality, and a superior intellect. A contemporary, H. S. Pearson, wrote of Settle that "his career bears no inconsiderable resemblance to that of the second Fox. Like him, the major part of his life was passed in opposition to the prevailing current of opinion; he had the same constitutional intrepidity, the same dauntless defiance when pressed, the same capacity to attach friends, the same enjoyment of the good things of the earthly life." Although not a student of the technicalities of the law, Settle had, according to Judge R. P. Dick, "in a high degree the genius of common sense and seemed to have an intuitive knowledge of the eternal principles of reason, justice, and truth." He was considered a fair and impartial judge. 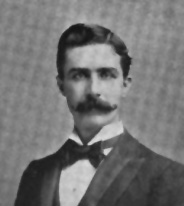 As a gift from his father, Settle received the Mulberry Island Plantation of over one thousand acres on the Dan River and constructed a home there in 1860. That year he owned twenty-nine slaves. In 1859 he had married Mary Glen (d. 4 Mar. 1895), the daughter of Tyre Glen of Yadkin County. The couple had nine children: Henrietta, Mary, Thomas III, Douglas, Elizabeth, Carolina, David, Florida, and Julia. The Settles moved to Greensboro in 1870, during the turbulent Reconstruction years, and retained their residence there even after he had been appointed to the federal bench in Florida. They were members of the Baptist church in Greensboro. A portrait of Thomas Settle is in the state Supreme Court Collection in Raleigh. He died and was buried in Greensboro.

Thomas Settle III (10 Mar. 1865–20 Jan. 1919) was born in Rockingham County, educated at Georgetown College in Washington, D.C., passed the bar in 1885, and began practicing law in Wentworth. He was solicitor of the Seventh Judicial District (1886–94), a Republican congressman for two terms (1893–97), and an unsuccessful candidate for governor in 1912. He later resided in Asheville but was buried in Wilmington, the home of his wife, Eliza Potter.

Kemp P. Battle, Sketches of the University of North Carolina (1889).

Journals of the Senate and House of Commons of the General Assembly of the State of North Carolina (1860, 1865).