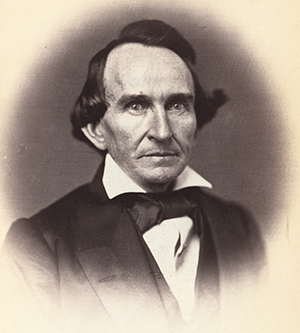 David Settle Reid, antebellum governor and U.S. senator, was the son of Reuben and Elizabeth Settle Reid of Rockingham County. He was the nephew of Thomas Settle, Sr., U.S. congressman and superior court judge, and a member of the Settle-Reid-Martin family, an important political dynasty in North Carolina history. A year after the birth of his eldest son, Reuben Reid purchased a farm on a major north-south state route and established a store and an ordinary. Around Reid's store grew a crossroads village that eventually became the city of Reidsville. Essentially self-educated, David Reid began to work at age twelve, clerking in a relative's store in Wentworth. By the time he was sixteen he had returned home to help his father in his store and was appointed the first postmaster of Reidsville on 24 Oct. 1829. In the next decade Reid acquired nearly 600 acres and three slaves and began producing tobacco.

A strict Jeffersonian Republican–Jacksonian Democrat, Reid began his political career in 1835, when at age twenty-two he was elected colonel of the county militia regiment and state senator. He commanded the Sixty-seventh Militia Regiment for seven years until his resignation in November 1842 as a result of his election to the U.S. House of Representatives. Reid had been in the state senate until 1840, serving on various committees and developing into a skillful legislator and party leader. In his later terms he sat on the important Education and Liberty Fund Committee that drafted the legislation that created the first state public school system.

In 1841, at the urging of Democratic leaders in his congressional district, he ran for the House of Representatives but was defeated by the veteran Whig, A. H. Shepperd. Reid spent the next year reading law, passed the bar exam, and by April 1843 began his practice. On his second try for Congress he was successful and represented the newly reapportioned Third District for two terms (1843–47) until he was gerrymandered out. In Washington he was an ardent supporter of the James K. Polk administration and its expansionist policies that led to the annexation of Texas, the war with Mexico, the Mexican cession, and the settlement of the disputed Oregon Territory. He served on the post office committee, spending much of his time on postal patronage. In Congress Reid met a freshman representative from Illinois, Stephen A. Douglas, who became his close friend, adviser, and cousin by marriage.

Under consideration by party leaders, especially the influential William W. Holden, for the gubernatorial post for several years, Reid reluctantly agreed to accept the Democratic nomination in 1848. He consented only after he was assured that he could campaign on the "free suffrage" issue, the elimination of the fifty-acre freehold qualification on the state senate electorate, which was the last property qualification in the state. Although unsuccessful in his strenuous campaign against the Whig candidate, Charles Manly, Reid polled the highest vote of any previous Democratic candidate and came within 854 votes of winning. In 1850 Reid was renominated, despite the fact that he initially declined, and this time was victorious. In addition to free suffrage, he supported improvements in the public schools, a responsible system of internal improvements, and the defense of Southern rights. Reid's 1850 victory truly wrought "a revolution in party politics" that created the Democratic ascendancy that dominated North Carolina for over 125 years. 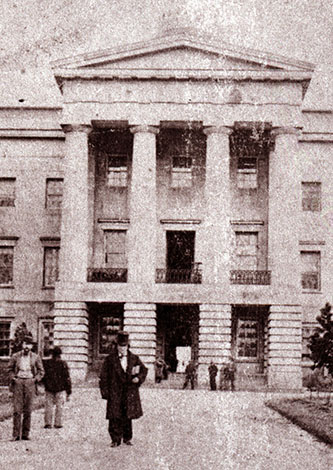 Reid's two terms as governor were marked by progress towards passage of the free suffrage amendment, which was finally ratified in 1857; increased aid to internal improvements, particularly construction of major railroads and turnpikes; improvements in the state public school system, resulting primarily from the establishment of the Office of the Superintendent of Common Schools; and the inauguration of a major state geologic and agricultural survey. Named a trustee of The University of North Carolina in 1850, he served on the board until 1868.

In November 1854 the General Assembly elected Reid to a vacancy in the U.S. Senate; he accepted and resigned the gubernatorial post just a month before his term would end. In the Senate his committee service involved the transcontinental railroad, Indian affairs, Revolutionary claims, the District of Columbia, commerce, and the patent office. He was chairman of the patent office committee in the Thirty-fifth Congress. Normally he took little part in the floor debate, but the argument over the Kansas-Nebraska Bill was an exception. Reid joined his regional colleagues in a defense of Southern rights.

His time in Washington was curtailed by interest in a growing family and by several periods of illness, particularly a serious bout with pneumonia in 1858. On 19 Dec. 1850 Governor Reid had married his first cousin, Henrietta Williams Settle, the daughter of Thomas Settle, Sr., and the Reids had four children: David Settle, Jr. (1852–1871), Thomas Settle (b. 1854), Carrie Settle (1856–57), and Reuben David (1859–1909). Reid was held in high esteem by the general public, but ill health and his growing remoteness from the party's leadership led to his defeat for reelection to the Senate in 1858.

Reid retired to his Dan River tobacco plantation, which in 1860 consisted of 700 acres and twenty-two slaves. He took no part in the growing secession crisis, although he was a moderate spokesman for the South and a defender of the institution of slavery. He was elected by the General Assembly in January 1861 as one of five North Carolina delegates to the Washington Peace Conference, which failed to achieve a compromise. Shortly afterwards he was elected to the state constitutional convention that voted to secede from the Union on 20 May 1861, and he continued to serve in the convention in the succeeding sessions. A staunch supporter of the war effort, Reid made public statements on the war but did not serve the Confederacy in any official capacity. In the postwar years he remained in political retirement with the exception of his attendance at the 1875 constitutional convention, which he had a key role in organizing. At the height of the Ku Klux Klan activity in his county in 1870, Reid courageously joined with his Republican cousin Thomas Settle in publicly denouncing violence and intimidation. His influence was such that not long after this incident the local Klan disbanded. 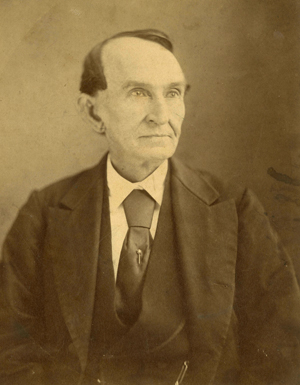 After the war Reid continued his law practice in Wentworth and in 1877 established a partnership with his son Thomas. In May 1881 he was stricken with a severe stroke that left him partially paralyzed and confined to a wheelchair. After a decade of declining health he died and was buried in Reidsville. A religious man, Reid never joined a church, but his family was Baptist, and he attended Baptist churches throughout his life. Several portraits and photographs were made in his lifetime, the most notable portrait set being the William Garl Brown pair of David and Henrietta Reid that is still in the family. His son, Reuben D. Reid, also an attorney, served in the state senate in 1907–8.

A contemporary historian, John Hill Wheeler, wrote of Reid, "There are few men in the State who enjoy more of the respect, regard, and the affection of the people than Governor Reid, for unaffected simplicity of character, stern integrity, and unsullied purity of life." Reid never lost his democratic faith in the intelligence and honesty of the common man, and the citizens of North Carolina never lost their trust in his basic integrity and wisdom. He was a living example of what could be achieved by a man who was willing to work and had the ambition to succeed. Reid held most of the important political offices that his state could bestow. He always adhered to the democratic concept of a public servant and retained the public trust. Father of the modern Democratic party, he has been honored most for sponsorship of the free suffrage amendment.