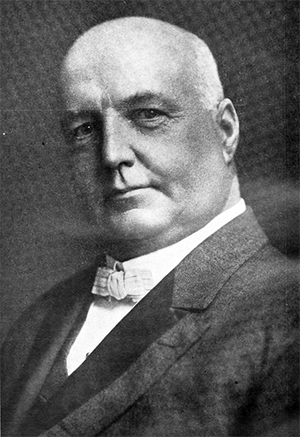 The closing of The University of North Carolina during the early 1870s for economic and political reasons made it necessary for him to travel out of state for his higher education. In 1873 he followed in the footsteps of his older brother, George Tayloe Winston, who two years earlier had entered Cornell University in New York. After studying journalism and literature at Cornell for a year, Francis enrolled at The University of North Carolina when it reopened in 1875. Reportedly, on arriving in Chapel Hill he beat his younger brother Robert in a foot race to campus, resulting in his being the first student to register at the university on its reopening. At Chapel Hill, Winston was president of his class, twice editor-in-chief of the reestablished North Carolina University Magazine, an active member of the Philanthropic Society, and a skilled player on the university's newly founded baseball team.

After graduating from The University of North Carolina in June 1879, Winston taught briefly at a school near Windsor and studied law with his father and later at the Dick and Dillard's Law School in Greensboro. One month after receiving his law license in January 1881, he was named clerk of the superior court for Bertie County, an appointment that stirred his interest in politics and provided him with important social and legal connections. In 1882 he opened his own law practice in Windsor, assuming responsibility for many of his ailing father's clients. He also began managing his father's extensive financial investments and real estate holdings.

In addition to administering his growing law practice, Winston steadily grew more involved in the political affairs of North Carolina. Though beginning as a Republican, he later became one of the state's leading Democrats and Bertie County's most influential politician. He was an unsuccessful Republican candidate for the office of state superintendent of public instruction in 1884, but two years later, again on the Republican ticket, he was elected to the state senate. In 1890, however, Winston joined the Democratic party and soon earned a reputation as an outspoken and fiery opponent of Republicans and of so-called Negro rule. He assisted in the planning of the white supremacy campaigns of 1898 and 1900, and he helped organize and promote statewide the establishment of "white supremacy clubs," or what he called "White government unions." 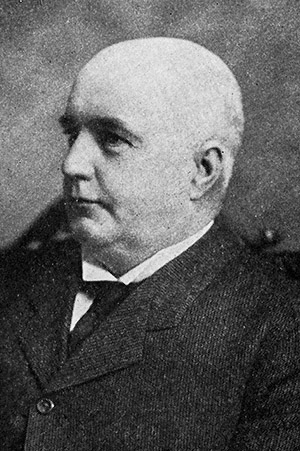 In 1898 Winston won a seat in the state house of representatives as a Democrat from Bertie County. In the 1899 session he introduced a discriminatory suffrage bill, one patterned after a Louisiana statute that—through educational and property qualifications—disfranchised poor and illiterate black voters. At the same time, the bill's inclusion of a grandfather clause protected the voting rights of most white voters with the same economic or educational deficiencies. Winston's bill passed and became the framework for the suffrage amendment that was placed on the ballot and approved by voters in the general election of 1900.

In 1901 Winston accepted appointment by Governor Charles B. Aycock as a judge of the Second Judicial District. He remained in this position until 1904, when he was elected lieutenant governor, serving during the administration of Governor Robert Brodnax Glenn (1905–9). In the 1904 campaign Winston had been bitterly attacked by his opponents, who reminded voters of his earlier membership in the Republican ranks and ridiculed past courtesies he had shown to fellow Republicans, most notably former black congressman George H. White. After his term as lieutenant governor, Winston continued to be very active in Democratic party affairs. For fifteen years he was a member of the Democratic Second Congressional District Committee and of the Democratic state executive committee, and in 1912 he was president of the North Carolina Democratic State Convention. At the request of President Woodrow Wilson in 1913, Winston served for two years as U.S. district attorney for the Eastern District of North Carolina. In 1916 he began serving as an "emergency judge" for the state's superior court, a duty he held for many years. Once again, in 1927, he was elected to represent Bertie County in the state legislature, but in 1929 he returned to the bench as a judge of the General Court of Bertie County.

Winston was grand master of Masons of North Carolina (1907–8), president of the State Bar Association (1911–12), a director of the Southern Conservatory of Music, a longtime member of the State Literary and Historical Association and the State Library Association, and a volunteer in many other civic organizations. He also served for over half a century as a trustee of The University of North Carolina, and he attended sixty-one consecutive commencements at his alma mater. In 1920 the university awarded him an honorary LL.D. degree.

On 30 May 1889, in St. Thomas's Episcopal Church, Windsor, Winston married Rosa Mary Kenney. She was the daughter of Stephen Bartlett Kenney, a U.S. Navy surgeon and a native of Maine. Although Judge Winston and his wife never had children of their own, they formally adopted one of Mrs. Winston's nephews, Stephen Etheridge Winston Kenney. Winston, "Bertie's Grand Old Man," died of heart failure at the age of eighty-three at Windsor Castle, the large family home built by his father. He died in the same room in which he was born, and he was buried in the cemetery of St. Thomas Episcopal Church, Windsor.

"A Joint Resolution Expressing Sympathy Upon the Death of Francis Donnell Winston, Former Member of the General Assembly, and Appointing a Joint Committee to Attend the Funeral." Public laws and resolutions passed by the General Assembly at its session of 1941. Charlotte [N.C.]: The Observer Printing House, Inc. 1941. 619-620. http://digital.ncdcr.gov/cdm/ref/collection/p249901coll22/id/245486 (accessed March 28, 2013).