Whether by creating historical narratives of important eras and events from the state's past or by portraying the outwardly mundane but emotionally complex realities of small-town, contemporary southern life, North Carolina fiction writers have always been a robust and imaginative voice within American literature. Truly widespread and serious focus on the literature of North Carolina first emerged during the mid-twentieth century, with the publication of three important literary surveys: Walter Spearman's North Carolina Writers (1949, revised in 1953); North Carolina Authors: A Selective Handbook (1952), by the North Carolina English Teachers Association and the North Carolina Library Association; and Literary North Carolina (1970, revised in 1986), by Richard Walser and E. T. Malone Jr. From the founding of numerous literary journals and magazines to the establishment of the annual North Carolina Literary Festival, interest in North Carolina literature, and its fiction in particular, has increased over the decades. General popular and scholarly attention has concentrated on the writings of Civil War-era novelists and poets Charles Waddell Chesnutt and Edwin Wiley Fuller; nineteenth-century historical novelists such as Robert Strange and Calvin Henderson Wiley; early well-known fiction writers such as O. Henry, Wilbur Daniel Steele, and Olive Tilford Dargan; and twentieth-century mass appeal writers such as Thomas Wolfe. From these established icons to still-prolific talents such as Daniel Wallace, Lawrence Naumoff, and Charles Frazier, the state's fiction writers have long since transcended purely regional appeal and become producers of literature that is both brilliantly crafted and highly acclaimed. 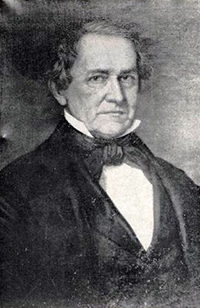 The first novel written by a resident North Carolinian was Matilda Berkely; or, Family Anecdotes, by Winifred Marshall Gales. Published in Raleigh in 1804, the novel weaves a story of the upper class in Russia and England (Gales had already published a novel in her native England). It was not until 1839, however, that a novel with a North Carolina locale was written. In that year, Robert Strange of Fayetteville, a Virginia native but long-time North Carolina resident, published Eoneguski; or, The Cherokee Chief, based on materials he collected while serving as a judge in western North Carolina. Strange's characters were thin disguises of white settlers or Indians whom he had met or heard about. His Eoneguski is a historical romance in the James Fenimore Cooper tradition, with complex love affairs sharing space with sweeping adventures. Apart from being a potboiler, the novel's secondary, and arguably most valuable function, is as a storehouse of Cherokee legends and customs. 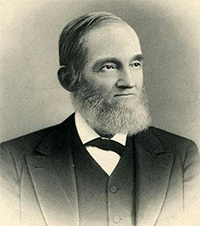 North Carolina's first truly native novelist was the educator Calvin Henderson Wiley, who was born in Guilford County. His Alamance (1847) describes gripping Revolutionary War events in and around Alamance Presbyterian Church, southeast of Greensboro. In Roanoke (1849), Wiley wrote about the eastern North Carolina towns of New Bern and Wilmington, also through the historical lens of the Revolution. At a time when North Carolina was falling behind other states in literature, Wiley's two novels were a conscientious attempt to recreate some of the most vivid but nearly forgotten episodes in North Carolina history.

Writer, abolitionist, and reformer Harriet Jacobs was born a slave in Edenton in 1813. Her life story, Incidents in the Life of a Slave Girl, Written by Herself, published under the pseudonym Linda Brent in 1861, influenced northern attitudes toward emancipation during the Civil War, pulled back the curtain on sexual oppression, and cast an equally critical eye on racial oppression. Jacobs, through her carefully crafted narrative and strategic omissions, maintained a safe distance from her work, giving her insular, sometimes lurid text a distinctively novelistic feel.

While Jacobs broke barriers by integrating the literary community, other authors had success in a specific genre. Mary Ann Bryan Mason's A Wreath from the Woods of Carolina (1859) was the first North Carolina book written for young readers. Its ten stories are highly moralistic lessons in which pious children are rewarded and miscreants are punished, usually by death. Mason's novel, Her Church and Her Mother: A Story of Filial Piety (1860), is set in Raleigh's Christ Episcopal Church, where her husband was rector.

Essayist, folklorist, short story writer, and novelist Charles Waddell Chesnutt was the first African American writer to receive widespread serious attention during his lifetime as a literary artist and was considered one of the major fiction writers of his era. Born in Ohio in 1858, Chesnutt spent his childhood and early adulthood in Fayetteville. His best-known book, The Conjure Woman (1899), is a retelling of seven African American slave folktales from the Cape Fear region. Five of the nine stories in The Wife of His Youth and Other Stories of the Color Line (1899) are set in and around Fayetteville, as is the novel The House behind the Cedars (1900). Both works deal with the problems confronting people of mixed race, a topic of increasing prevalence made most famous by James Weldon Johnson's 1912 Autobiography of an Ex-Colored Man. Other Chesnutt books, The Marrow of Tradition (1901), based on the Wilmington race riot of 1898, and The Colonel's Dream (1905), set in Reconstruction-era Fayetteville, address the often hopeless situation of blacks in a white society.

Christian Reid of Salisbury was one of nineteenth-century North Carolina's most prolific novelists. The author of 46 books, mostly novels, Reid was representative of the genteel literature of that era. Born Frances Christine Fisher, she chose her pseudonym to delineate the ethical purposes of her writing and to disguise her true identity and gender. In that era it was thought "unladylike" to use one's real name for authorship. Reid's tenth book, The Land of the Sky (1876), a travel novel, created a nickname that has ever since denoted the western mountains of North Carolina.