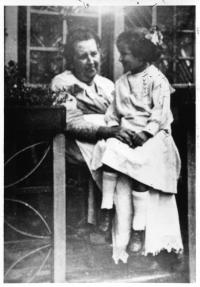 Different groups popularized different types of folk songs, but the most common distinction made is between narrative folk songs, or ballads, and nonnarrative folk songs. Traditions of balladry existed across most of Europe during the time in which North Carolina was initially settled, so it is not surprising that these traditions were transplanted along with the early settlers. Ballads were learned by listening, and their rhyming schemes and phrase repetitions made them easy to remember. England and Scotland shared a body of ballads, and many of these were carried to Ulster and the Mountains and Piedmont of North Carolina by Scotch-Irish settlers or directly to the coast by English settlers.

The earliest known ballads present in oral tradition are usually identified as "Child ballads" after Francis James Child, a nineteenth-century scholar who published a benchmark collection of these songs. Others entered oral tradition only after publication as broadsides. Many of the Child ballads, such as "The House Carpenter" and "Barbara Allen," were widely sung in North Carolina, but broadside ballads such as "Pretty Polly" were equally popular.

Sharp was surprised to find in 1916 that residents of the southern Appalachians still sang many of the Child ballads. Sharp and his colleague Maud Karpeles collected songs in North Carolina, Kentucky, Virginia, West Virginia, and Tennessee for 46 weeks between 1916 and 1918. Olive Dame Campbell, a student of mountain culture who later founded the John C. Campbell Folk School in Brasstown, collaborated with Sharp and Karpeles and planned their itinerary. Campbell targeted areas along the Great Divide that she considered the least changed since settlement. Sharp and Karpeles specifically sought English folk songs to extend Sharp's earlier collections. Shunning religious music, they learned that asking for "love songs" brought forth the ballads.

With Karpeles recording words and Sharp noting the tunes, the two collected about 500 songs with over 1,600 variant melodies from nearly 300 singers, almost doubling Sharp's previous compilation. Fourteen and one-half weeks in the North Carolina counties of Buncombe, Madison, Jackson, Forsyth, McDowell, and Yancey yielded 559 of the melodies. Most tunes used the pentatonic scale commonly found in the pre-Victorian musical traditions of the British Isles. Sharp's visit and subsequent book alerted many to the ballad-singing traditions of the North Carolina Mountains, and areas such as Madison County became famous for generations as the home of excellent ballad singers.

While ballad singing thrived in the Mountains, strong folksinging traditions also existed in every other part of North Carolina. Louis Chappell found ballads plentiful in eastern North Carolina, where British settlement was both older and more English than in the Mountains. Meanwhile, George Pullen Jackson studied African American and white religious songs and discovered British ballad tunes woven into the tapestry of the "spiritual."

In addition to ballads brought over from the British Isles, singers found abundant subject matter in North Carolina. Death, in many forms, was the primary theme of Native American ballads. "Naomi Wise," "Nellie Cropsey," and "Tom Dooley" all tell the story of girls murdered by their sweethearts, each in a different part of the state. Other tragic or disastrous events such as train wrecks, floods, lynchings, and fires provided material for many ballads. Unlike the older ballads brought over from the British Isles, it is often possible to identify the composer of North Carolina ballads. Many of these songs circulated only orally, but some were printed and distributed. North Carolina ballads exist from the earliest days of the colony until more recent times, including songs about Revolutionary War skirmishes and the wreck of a smuggler on Harkers Island during Prohibition.