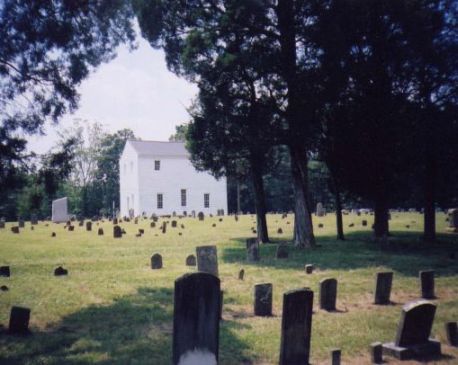 Most immigrants to North Carolina came either individually or as part of a family or group of families. A number of them, however, were members of larger groupings, sometimes settling together as a body. The Lost Colony was such an entity, as was the Swiss and German Palatine colony established by Baron Christoph von Graffenried in present-day Craven County in 1710. The so-called Argyll Colony of Scots emigrated as a group in 1739, although they did not settle in a compact community. The other notable "colony" of the eighteenth century was the one established in 1753 at Bethabara in what is now Forsyth County by Moravians from Pennsylvania.

Shortly after the end of the Civil War, North Carolina followed the example of a number of other states of the former Confederacy that sought to encourage inward migration from northern states and from Europe in order to help rebuild their shattered economies. In 1877 the General Assembly established the Department of Agriculture, Immigration, and Statistics; the new department's responsibilities regarding immigration were carried out by the North Carolina Bureau of Immigration. The first agriculture commissioner, Leonidas L. Polk, sent an agent to England to seek immigrants from Britain. In 1881, under the auspices of the Bureau of Immigration, 69 "German Polander" immigrants arrived in Salisbury. Until its abolition in 1905, the bureau also published promotional literature and reports, in addition to establishing a number of agencies in northern states. Unfortunately, the extent of the state's official promotion of immigration is difficult to assess, since the records of the North Carolina Bureau of Immigration are unaccountably missing.

A projected settlement of Scots in the Sandhills in the early 1880s came to nothing, as did the plan of a Scottish land company to establish a colony of Scots in Madison and Haywood Counties. However, a number of immigrant colonies did come into being in various parts of North Carolina in the 1890s and the first decade of the twentieth century. In 1893 a group of Waldensians from northern Italy founded Valdese, a notably successful community in Burke County. Between 1905 and 1908 the Wilmington entrepreneur Hugh MacRae was responsible for the establishment of five settlements of various nationalities in the southeastern section of the state: St. Helena, an Italian colony, in Pender County; Artesia, composed mainly of Dutch and Polish settlers, and New Berlin, of Germans, in Columbus County; and Marathon, settled by Poles, and Castle Hayne, a Dutch and Hungarian colony, in New Hanover County. None of them was as successful as MacRae had hoped. The settlement at St. Helena eventually numbered several hundred, but apparently there were considerably fewer at the other four. Today, only Castle Hayne, St. Helena, and New Berlin (renamed Delco) survive as tiny communities.

Another venture of MacRae's was the Pender County community of Van Eeden. Named for a Dutch visionary, Frederick van Eeden, who in 1909 collaborated with MacRae in purchasing land for the settlement of Dutch immigrants, the projected colony attracted only a handful of farmers. Within a few years Van Eeden had been abandoned. In 1939 MacRae and a friend were instrumental in the formation of a corporation that bought the Van Eeden land as a haven for German Jews. A small number of refugees settled in Van Eeden in the early years of World War II, but within three or four years almost all of them had left.

The idea-if not the reality-of immigrant colonies in North Carolina has proved to be persistent. In 1990 a plan to establish an industrial colony of Soviet Jews in Hyde County was proposed but failed to attract the support necessary for its implementation.

W. Turrentine Jackson, The Enterprising Scot: Investors in the American West after 1873 (1968).