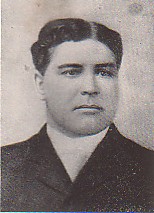 The North Carolina Teachers Association (NCTA) served as the statewide organization for African American educators for nearly a century after the post-Reconstruction era, ending with the desegregation of the state's public schools of the 1960s. Although many African Americans, including such illustrious teachers as James H. Harris, James E. O'Hara, Charles W. Chesnutt, and Joseph C. Price, had been active educators in North Carolina since the end of the Civil War, more than a decade passed before they successfully united under the statewide banner of the NCTA in the early 1880s.

Although most historical accounts list 1881 as the year of the NCTA's founding, one contemporary journalistic account suggests the organization did not formally adopt its constitution until 1882. Its precursor was the State Colored Education Convention, at which 140 delegates from 40 counties met in Raleigh, probably in 1880. Officers included a cross section of college-educated African Americans, such as former legislators James H. Harris of Raleigh (president) and George L. Mabson of Wilmington (vice president), future Livingstone College president Joseph C. Price of New Bern, and John C. Dancy of Tarboro. By the time of its fourth meeting in Raleigh in 1885, the NCTA boasted two future members of Congress-Henry P. Cheatham of Henderson (1889-93) and George H. White of New Bern (1897-1901)-on its executive committee. Beginning their careers as teachers, both politicians had served as normal school principals, Cheatham at Plymouth and White at New Bern. 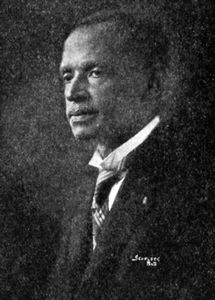 The NCTA continued to meet annually in Raleigh until the 1890s, when it moved to Kittrell College in Vance County. After about 1900, the association began to meet at alternate locations each year, beginning on the Raleigh campus of Shaw University. No more than 200 teachers and other leaders gathered for the two-week summer sessions until a change to two-day meetings during the Thanksgiving period enabled more than 800 to attend in 1922 alone.

Shepard served as NCTA president during the early 1920s, succeeded by S. G. Atkins in 1926. As the NCTA grew in membership, it hired future Barber-Scotia College dean and president Leland S. Cozart as its first executive secretary in 1930; Cozart's successors in this post included G. E. Davis and W. L. Greene. In 1936, under the leadership of president Charlotte Hawkins Brown, the NCTA voted to create its first district associations, beginning with four-the Western, Piedmont, Southeastern, and Northeastern-and increasing to eight by 1960.

At the same time, local NCTA units began to appear across the state, swelling membership to nearly 8,000 by 1950. The NCTAset up its first permanent offices in the old Lightner Building on Raleigh's East Hargett Street in 1946, acquiring the building a year later. The NCTA eventually merged in 1970 with its all-white predecessor, the North Carolina Education Association, to form the North Carolina Association of Educators (NCAE). By the time of its merger into the NCAE in 1970, the NCTA had become one of the nation's strongest teachers organizations.

Hugh Victor Brown, A History of the Education of Negroes in North Carolina (1956).