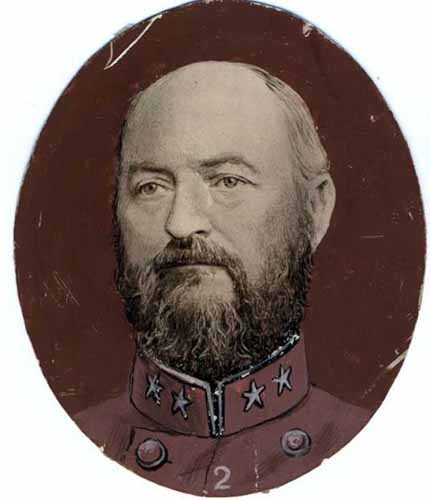 Robert Franklin Armfield, attorney, legislator, and judge, was born in Guilford County, west of Greensboro, near the present-day Pomona. He was the third son of Robert Armfield of an old Quaker family, whose ancestor, John Armfield, had led a band of settlers to the section in about 1765.

At the age of fourteen, Robert Franklin Armfield began attending Union Institute in Randolph County, the school that, after a series of metamorphoses, became Duke University. At the time, it was an academy under the control of Braxton Craven. Until he was twenty, Armfield alternated between study at Union Institute and teaching in public schools. Then he read law under John A. Gilmer, was licensed, and settled in the newly created town of Yadkinville to practice his profession.

In 1861 he was elected from Yadkin County to the secession convention and signed the Ordinance of Secession. In February of 1862 he enlisted in Company B, Thirty-eighth Regiment of North Carolina troops, as first lieutenant. When the regiment was reorganized, he was elected lieutenant colonel. He was involved in the Seven Days fighting around Richmond and was wounded at Shephardstown in October. While he was at home on furlough, he was appointed solicitor of the Sixth Judicial District by the legislature, resigned from the army, and held the office of solicitor until he was removed by President Andrew Johnson at the end of the war.

In the summer of 1865 he moved to Wilkesboro and from there, in the fall of 1870, to Statesville, where he spent the remainder of his life. Statesville at the time was the hub of an eleven-county congressional district including Wilkes, Yadkin, and Rowan. In 1874 he considered running for the U.S. House of Representatives, but when a survey showed the popularity of the incumbent, W. M. Robbins, his fellow townsman of Statesville, Armfield withdrew and accepted the nomination to the North Carolina Senate. He was elected and was chosen president pro tem when the senate organized. Since Lieutenant Governor Curtis H. Brogden had been elevated to the governorship by the death of Governor Tod R. Caldwell, Armfield became next in line for the governorship and acquired the sobriquet Governor Armfield.

In 1878, in what Robbins considered a "rump convention," Armfield received the Democratic nomination for the House, and with the backing of Robbins he was elected. A split developed in the Democratic party between the supporters of Armfield, mainly from Wilkes and Yadkin counties, and those of Robbins, primarily from Rowan, where Robbins was living when first elected to Congress. That factionalism finally cost Statesville and the Democrats the representation in Congress. In 1880 the fight for the nomination was hard, with Armfield winning in the convention and easily defeating his fellow townsman, David Furches, in the election. Two years later, Robbins won the nomination but was defeated in the election by Dr. Tyre York, Democrat turned Republican from Wilkes County. In 1884, Armfield made a good fight for the nomination in a new district that still included Iredell, Rowan, and Yadkin counties, but not Wilkes; he lost, nonetheless, and the congressional seat went back to Rowan.

In January 1889, Governor Alfred M. Scales appointed Armfield a judge of the superior court, and in 1890 he was elected to fill the unexpired term of the man he replaced. He retired from the bench 1 Jan. 1895 and died at his home in Statesville several years later.

It was as a criminal lawyer that Armfield won his reputation. In one of his better known cases, he cooperated with Zebulon B. Vance to defend Tom Dula for the murder of Laura Foster during Reconstruction days.

On 13 Jan. 1857, Armfield married Mary Ann Denny of Guilford County. One of their sons, C. H. Armfield, became a prominent lawyer in Statesville. Another, Joseph Franklin, was a leader in the North Carolina militia and brigadier general of the North Carolina State Guard.