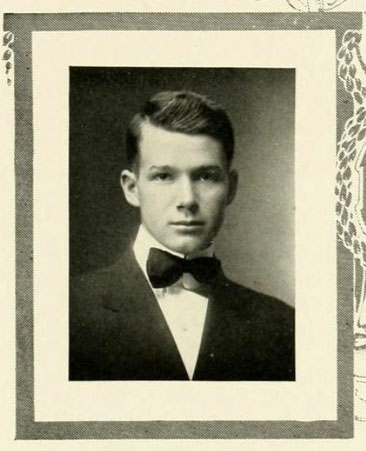 Fred Wilson Morrison, attorney, educator, and public official, was born in Pioneer Mills, Cabarrus County, the son of Columbus H. and Palmyra (Pallie) S. Pharr Morrison. He received both bachelor's and master's degrees from The University of North Carolina in 1913 and later earned a doctor of philosophy degree from Columbia University. After serving as principal of the New Bern High School in 1913–14, he was superintendent of the Chapel Hill school system from 1914 to 1924 except for service in 1918 during World War I.

In 1924 Morrison went to Greensboro, where he became a member of the education department at the North Carolina College for Women. After two years, at the request of Governor Angus W. McLean, he took a leave of absence (but, in fact, did not return) to serve as executive secretary of a special education commission (1925–27) to study and report on the administration and financing of the state's public schools. After this project was completed, the next governor, O. Max Gardner, prevailed upon Morrison to undertake a similar examination of the State Tax Commission. He also served as secretary of the commission named to plan the consolidation of three of the state's institutions of higher education into the University of North Carolina system. Governor Gardner convinced Morrison that he should study law, and this he did in the evenings of 1929–33, passing the state bar examination early in 1933.

In the interim, however, during the period of the Great Depression, the governor named Morrison director of relief with authority to distribute North Carolina's share of the $300 million loaned to the states by the federal government for unemployment relief. Among the projects under his direction was the assignment of about 5,000 men in the state to work with the U.S. Forest Service, the U.S. Department of Labor, and the army in the early stages of creating the Great Smoky Mountains National Park.

After the expiration of his gubernatorial term, Gardner chose to practice law in Washington, D.C., and he invited Morrison to join him. Among Morrison's early assignments in this new position was as Gardner's assistant counsel for the Rayon Industry of the United States. While Gardner divided his time between New York and Washington, Morrison remained in the Washington office.

Morrison married Emma Neal McQueen of Laurinburg, and they were the parents of a daughter, Myra. He was buried in Salisbury.