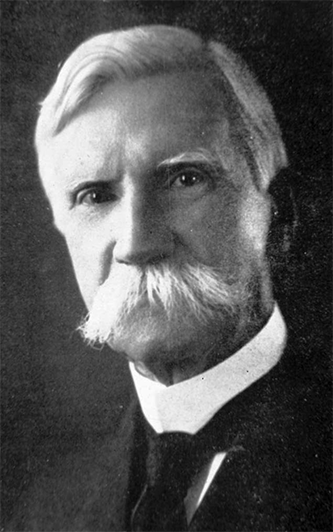 James Sprunt, exporter, Cape Fear historian, and philanthropist, arrived in Wilmington in 1854 from his native Glasgow, Scotland, with his parents, Alexander and Jane Dalziel Sprunt. She was the daughter of John and Margaret Tannahill Dalziel. Alexander's brother, James Menzies Sprunt, had emigrated from Scotland in 1852 intending to go to Boston but was diverted to Wilmington when the ship developed engine trouble. James went on to Duplin County, where he occupied a pulpit on Sunday and taught school on weekdays. From Duplin County he wrote his brother Alexander, still in Scotland, suggesting that he, too, migrate to North Carolina. The name of the James Sprunt Institute (now the James Sprunt Technical Institute) in Kenansville memorializes this antebellum teacher.

Alexander and Jane Sprunt settled first in Kenansville, but after two years they moved to Wilmington and established their permanent home at Ninth and Princess streets. The education of their son James, begun in Glasgow, continued at Kenansville and Mr. Jewett's school in Wilmington until the beginning of the Civil War, when Alexander Sprunt was captured while running the Federal blockade. At age fourteen the son left school to assume family responsibilities. He also studied navigation at night and after three years secured the purser's berth on the blockade-runners North Heath and Lilian. In Nassau he purchased sugar which he sold in Wilmington and acquired cotton. After the war his cotton was sold in England as the first transaction of the exporting firm of Alexander Sprunt and Son.

Sprunt's early enterprise was interrupted when he was captured and imprisoned at Fort Macon and afterwards at Fortress Monroe. He made a daring escape, however, and returned to Wilmington by way of Boston, Halifax (Nova Scotia), and Cape Canaveral, Fla., surviving shipwreck en route. He then became purser of the blockade-runner Susan Beirne until the fall of Fort Fisher on 15 Jan. 1865. 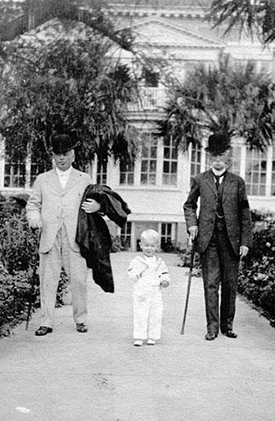 Thereafter he joined his father in the exportation of cotton and naval stores. More than fifty agencies were established overseas in England, Holland, Belgium, France, Germany, Russia, Switzerland, and Italy. When his father died in 1884, James succeeded him as British vice-consul. For five years (1907–12) he was also Imperial German Counsel. He served both posts with distinction and received special recognition from each government. Nevertheless, records in the files of the British Foreign Office suggest that he was sacked for allegedly selling cotton to the Germans after World War I had broken out.

Sprunt exerted himself in Wilmington for the improvement of river and harbor conditions, was active in the North Carolina Literary and Historical Association and the North Carolina Folklore Society, and served on the board of trustees of The University of North Carolina and of Davidson College. Aside from his extensive philanthropies, he is perhaps best remembered as Wilmington's most dedicated citizen for the preservation of the historical facts and legends of the Cape Fear region. Among his best-known works are Information and Statistics Respecting Wilmington, North Carolina (1883), Tales and Traditions of the Lower Cape Fear, 1661–1896 (1896), A Colonial Apparition (1898), Chronicles of the Cape Fear River (1914, 1916), Derelicts (1920), and "Tales of the Cape Fear Blockade," North Carolina Booklet 1 (1902). In 1900 he established a fund at The University of North Carolina for the publication of historical monographs, known after 1910 as the James Sprunt Historical Publications. The university awarded Sprunt an honorary LL.D. degree in 1915.

He was thirty-seven when he married Luola, the daughter of Kenneth McKenzie Murchison, on 27 Nov. 1883. Their two daughters, Kate and Marion, died in childhood of scarlet fever; their son, James Laurence (b. 4 July 1886), died in Wilmington on 19 June 1973. In memory of his daughter Marion, James Sprunt built the Marion Sprunt Hospital for women and children. 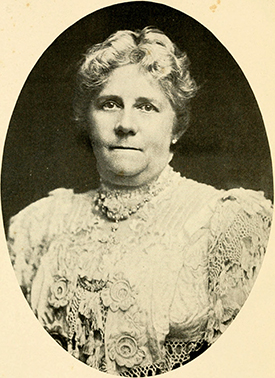 The Sprunts' Wilmington home was the Governor Edward B. Dudley mansion, built in 1830 at the southeastern corner of Front and Nun streets. He bought Orton Plantation on the west bank of the Cape Fear River, fifteen miles south of Wilmington, from the estate of his father-in-law as a gift for his wife. He added the wings and restored the old house built in 1725 by "King" Roger Moore and later owned by Governor Benjamin Smith. Sprunt developed the gardens and built the small chapel overlooking the river.

He also gave liberally to the Presbyterian church, building several churches including, with his brother William H., the Church of the Covenant at Fifteenth and Market streets in Wilmington in memory of their parents. Sprunt supported a mission, a hospital, and two schools in Kiangyin, China. He also established a loan fund at Davidson College and a lectureship at Union Theological Seminary, Richmond, Va.

A year before his marriage an accident with a runaway horse cost James Sprunt the loss of a leg. This event aroused his profound sympathy for the suffering and the crippled and prompted his benefactions to hospitals especially for deformed and crippled children. From the mill section of Wilmington he sent all such children to Baltimore for orthopedic treatment. He also gave generously to orphanages. His private benefactions were legion. Sprunt was buried in Oakdale Cemetery, Wilmington.

James Sprunt: A Tribute from the City of Wilmington (1925).