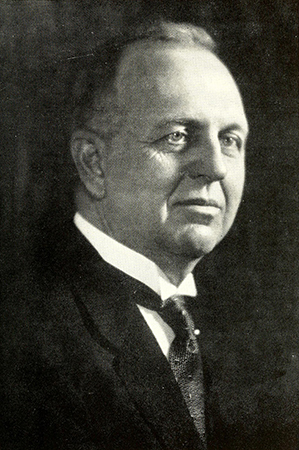 Charles Clinton Weaver, Methodist clergyman, educator, and church administrator, was born in Ashe County of Scots-Irish ancestry, the son of James Harvey and Jennie Burkett Weaver. His mother was a member of a prominent pioneer family in Ashe County. When he was about three years old, his father left a career teaching school to enter the pastoral ministry of the Methodist Episcopal Church, South, at Jefferson. Charles Clinton grew up in parsonages where his father served in Virginia, in Tennessee, and in Franklin, Weaverville, and Greensboro, N.C. In 1895 he received an A.B. degree from Trinity College (now Duke University), where he was elected to the Phi Beta Kappa Society. He spent a year in graduate study at Vanderbilt University before earning a Ph.D. degree at Johns Hopkins University, awarded in 1900. Duke University honored him with the D.D. degree in 1936.

In 1900 Weaver became president of Rutherford College near Morganton. He was president of Davenport College, Lenoir, from 1903 to 1910 and of Emory and Henry College in southwestern Virginia from 1910 to 1920. While he was at Emory and Henry, more buildings were erected than during any previous administration, the student body was almost doubled, the curriculum was modernized and new courses were added, the faculty was strengthened, and intercollegiate athletics was restored. In 1918 the school merged with nearby Martha Washington College.

Weaver became a minister in the Methodist Episcopal Church, South, by joining the Western North Carolina Conference in 1901. Returning to North Carolina in 1920, he was the pastor of Central Church, Monroe (1920–24), Centenary Church, Winston-Salem (1924–33), and Central Church, Asheville (1933–35). He was presiding elder of the Greensboro District for a year, then moved to First Church, Charlotte (1936–40). For the next four years he was superintendent of the Winston-Salem District. In 1944 he became the administrator of the church-related Hugh Chatham Memorial Hospital in Elkin but had served less than a year and a half when he died.

In recognition of his ability and leadership he was elected to represent his annual conference in the General Conference, the quadrennial law-making body of his church, for every session from 1918 through 1944 except the one in 1939, when he was a member of the Uniting Conference. For many years he was an influential member of both his conference and denominational boards of missions.

During his pastorate in Winston-Salem he led in merging Centenary and West End Methodist Churches and in building the great Centenary Church that stands on Fifth Street. He also was a leader in bringing the Goodwill Industries to the city. He and his wife extended their ministry to the black community in fostering the establishment of Bethlehem House, a day-care facility for children. His work on behalf of the needy and racial minorities was an outgrowth of his deep religious convictions and high spiritual ideals. After he observed that young working women had no suitable place to get meals downtown, a cafeteria operated in the church for several years.

On 18 June 1902 he married Florence Stacy, the daughter of the Reverend and Mrs. L. E. Stacy; her father was a Methodist minister. For many years Mrs. Weaver was president of the conference women's organization. One of her brothers, Marvin Hendrix Stacy, was dean of The University of North Carolina for a quarter century; another brother, Walter Parker Stacy, was for many years chief justice of the North Carolina Supreme Court. The Weavers had five children: James Harvey, Lucius Stacy, Charles Clinton, Janie, and Philip Johnson. Dr. Weaver was buried at Emory, Va.

Journal of the Western North Carolina Annual Conference of the Methodist Church (1940–46).