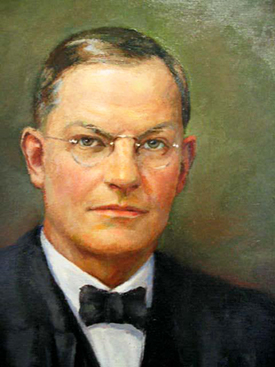 Walter Parker Stacy, lawyer, legislator, arbitrator, and chief justice of the North Carolina Supreme Court, was born in Ansonville, Anson County. The son of Lucius Edney and Rosa Johnson Stacy, he was one of twelve children; his father was a minister in the Western North Carolina Conference of the Methodist church. Young Stacy attended Morven High School, Weaverville College, and The University of North Carolina, where he received a B.A. degree in 1908. At the university he distinguished himself as a debater, won the Willie P. Mangum medal for oratory, and was tapped for the Golden Fleece. In 1909 he accepted an assistantship in history at Chapel Hill, read law, and was admitted to the bar.

After briefly serving as principal of one of Raleigh's graded schools, Stacy entered law practice with Graham Kenan in Wilmington. There he was active in community affairs, serving as president of the YMCA and county attorney in 1914–15. In 1915 the New Hanover County voters sent him to the North Carolina General Assembly, where, among other concerns, he worked for the establishment of the statewide primary and fought for the creation of the fisheries commission. His abilities in the legislature won him an appointment to the North Carolina Superior Court when he was only thirty-one.

Four years later Stacy was elected an associate justice of the North Carolina Supreme Court. During the next four years the entire membership of the court changed, and by 1925 Stacy was the senior member of the court. During the summers, while the court was in recess, he was a lecturer at The University of North Carolina Law School; in 1923 the university awarded him an honorary LL.D. As a result of his growing prominence in the law, he was tendered the deanship of the law school in 1923 but declined the post. In 1925, on the resignation of Chief Justice William Alexander Hoke, Governor Angus W. McLean called upon Stacy—as the senior associate justice on the court—to replace him. In 1926 he was elected to an eight-year term as chief justice. Reelected in 1934, 1942, and 1950, he retained the post until his death. His tenure as chief justice was the longest in the history of the North Carolina Supreme Court.

While on the supreme court Stacy wrote 1,500 opinions. Although he has been described as a conservative, his judicial philosophy can be characterized more accurately as one of judicial restraint, one that required a great sense of judicial tolerance. He was unwilling to use his position to frustrate the popular will as expressed by the legislature or to substitute his view of wisdom for that expressed by the representatives of the democratic majority. To him, the "voice of the people" was "the voice of finality." With the growth of the state as a regulator of modern life, Stacy agreed that, so long as proper standards were provided by the legislature, state agencies must be allowed to use their own judgment without judicial interference. Where the legislature made no change in the law, he resisted effecting change through judicial interpretation. At times he seemed to elevate the technical aspects of the law to the highest constitutional position. Because the state retained much of the criminal common law, Stacy gave full and sweeping range to that which remained in effect, as his opinion in State v. Beal so clearly illustrates. 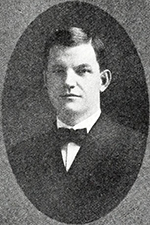 Chief Justice Stacy developed a national reputation as an arbitrator of industrial disputes. He received his first appointment in 1927, when President Calvin Coolidge named him as a neutral member of an emergency arbitration board charged with settling a wage controversy between the Brotherhood of Locomotive Engineers and several southeastern railroads. The board was created under authority of the Railway Labor Act of 1926, and during the next eight years three presidents selected Stacy to serve on six additional panels to resolve railway disputes.

During the Great Depression he expanded his service as an arbitrator to include disputes other than railway controversies. Acting in 1934 under authority of the National Industrial Relations Act, Franklin Roosevelt appointed Stacy to a labor relations board for the iron and steel industries. This board, a forerunner of the National Labor Relations Board, was charged not only with serving as a board of voluntary arbitration but also with mediating disputed issues and conducting elections to determine the agency to represent labor in collective bargaining. Several months later, Roosevelt tapped Stacy to head another such board to bring peace to the textile industry following a bitter national strike. In 1938 the president again designated Stacy as chairman of a fact-finding board to avert a threatened nationwide railroad strike.

As America moved towards war, Stacy continued to serve on national labor relations boards. During the war he was a member of the National Defense Mediation Board and the War Labor Board. After the conflict Harry Truman selected him for a fact-finding panel to resolve a General Motors–United Automobile Workers dispute and designated him as chairman of the National Labor-Management Conference, which was charged with developing plans for converting wartime industries to peacetime production. Although considered to be a conservative, Stacy often sided with labor in disputes with management. During a controversy in the shipbuilding industry, he resisted management pressure to weaken the union and steadfastly maintained the union shop. In another controversy he refused to sanction management efforts to reduce the wages of railway workers.

Stacy remained active in state Democratic politics while on the supreme court. Although he received support for challenging Furnifold M. Simmons in the 1930 North Carolina Democratic primary to determine the candidate in the U.S. Senate race, Stacy refused to run but supported Josiah W. Bailey against Simmons. Shortly afterwards, Stacy was advanced as the Democratic alternative to Republican John J. Parker for a vacancy on the U.S. Supreme Court. President Herbert Hoover, however, nominated Judge Parker. When the Senate rejected Parker, state Democratic leaders unsuccessfully promoted Stacy for the post. Over the next eight years Stacy was mentioned for each vacancy that occurred on the court, although his support seems to have remained local.

In 1926 and 1927 Stacy lectured at the Northwestern University School of Law. He married Maud DeGan Graff of New York; after her death in 1933, he never remarried. In 1931–32 he was chairman of the North Carolina Constitutional Commission, which proposed a redraft of the state constitution. Later in life ill health curtailed his activities, but it did not interfere with the new duties conferred on him by constitutional amendment in 1950 as administrator of all North Carolina courts. A Methodist, Stacy died in Raleigh and was buried in the Mary Love Cemetery at Hamlet.